Reports are bouncing around about COVID-19 issues within the Ohio State football program, and the potential of a delay of the Jan. 11 National Championship Game with Alabama.

But not everybody is buying into the story.

Alabama head coach Nick Saban’s daughter, Kristen Saban Satas, took to Twitter to express her thoughts on the story, and whether there is a legitimate concern over the virus, or over the health of Buckeyes quarterback Justin Fields. 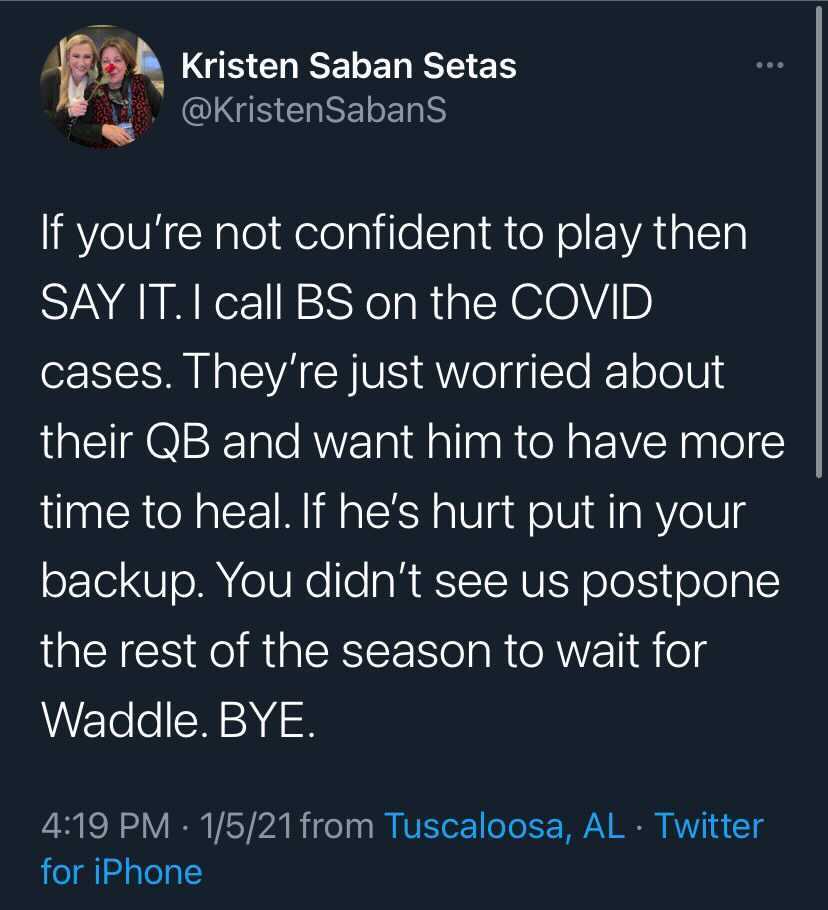 The Buckeyes quarterback sustained an injury during the second quarter of the Ohio State victory over Clemson in the Sugar Bowl. Tigers linebacker James Skalski smashed into the right side of Fields’ torso with the crown of his helmet. Skalski was penalized for targeting and disqualified from the remainder of the game.

Fields is expected to play in the game with Alabama, according to coach Ryan Day during a Monday presser.

“We don’t get into specifics on injuries,” Day said. “We give our availability report at the end of the week, and that’s always been our policy.”

As of now, kickoff between Alabama and Ohio State is scheduled for 8:00PM, Monday, Jan. 11.