Jeff Okudah is bringing the fire with him to Indianapolis. And as much as he was liked by Ohio State fans during his time in Columbus, he may only continue to grow in popularity among the Buckeye faithful after his media session at the NFL Combine.

While meeting with the media, Okudah was asked a question about how he can tend to get “sloppy” with his play on the field. Okudah, a little bit stunned by the question, asked the reporter to elaborate.

The individual asking the question then said Okudah has a tendency to get called for penalties. After hearing that reasoning, the former Buckeye cornerback’s response was absolutely priceless.

“I had zero pass interferences, zero holdings, so…” Okudah responded. “Cut the tape on again, I think you might see something else.”

Ohio online sports betting is officially launching on January 1, 2023. Ohio will join other Big Ten states where sports betting has become legalized such as Pennsylvania, Michigan, Illinois and more.

Someone who I'm guessing didn't watch much Jeff Okudah last year asked him about having "a tendency to get kind of sloppy."

Okudah's response: "I had zero pass interferences, zero holdings, so cut the tape on the game. I think you might see something else." pic.twitter.com/oQ3rrtP3q1

But Okudah wasn’t done there. He then took to Twitter to use the question to jab Michigan and head coach Jim Harbaugh.

“Who let the TTUN Coach into the press conference?!” Okudah wrote on Twitter. He has since deleted the tweet. 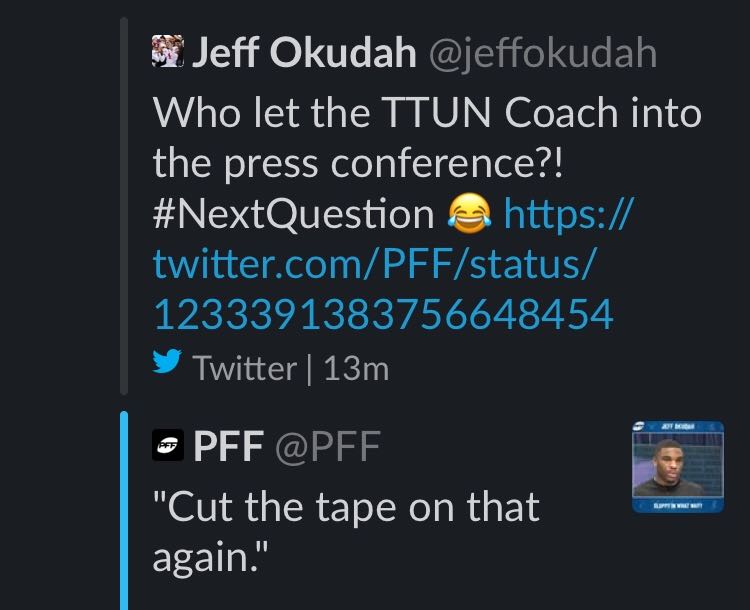 Okudah had a phenomenal season with the Buckeyes as a shut-down corner. He finished the season with 35 tackles, nine pass break-ups, three interceptions and two forced fumbles on one of the best defensive units in college football.

The former Buckeye is considered by many to be a top five selection in the 2020 NFL Draft.