There are not many players for the 2021 cycle still on the board, but defensive lineman J.T. Tuimoloau took his time making his decision. That came on Sunday during a live interview with CBS Sports HQ.

In that interview, Tuimoloau officially selected the Buckeyes over Oregon, Washington, and USC: 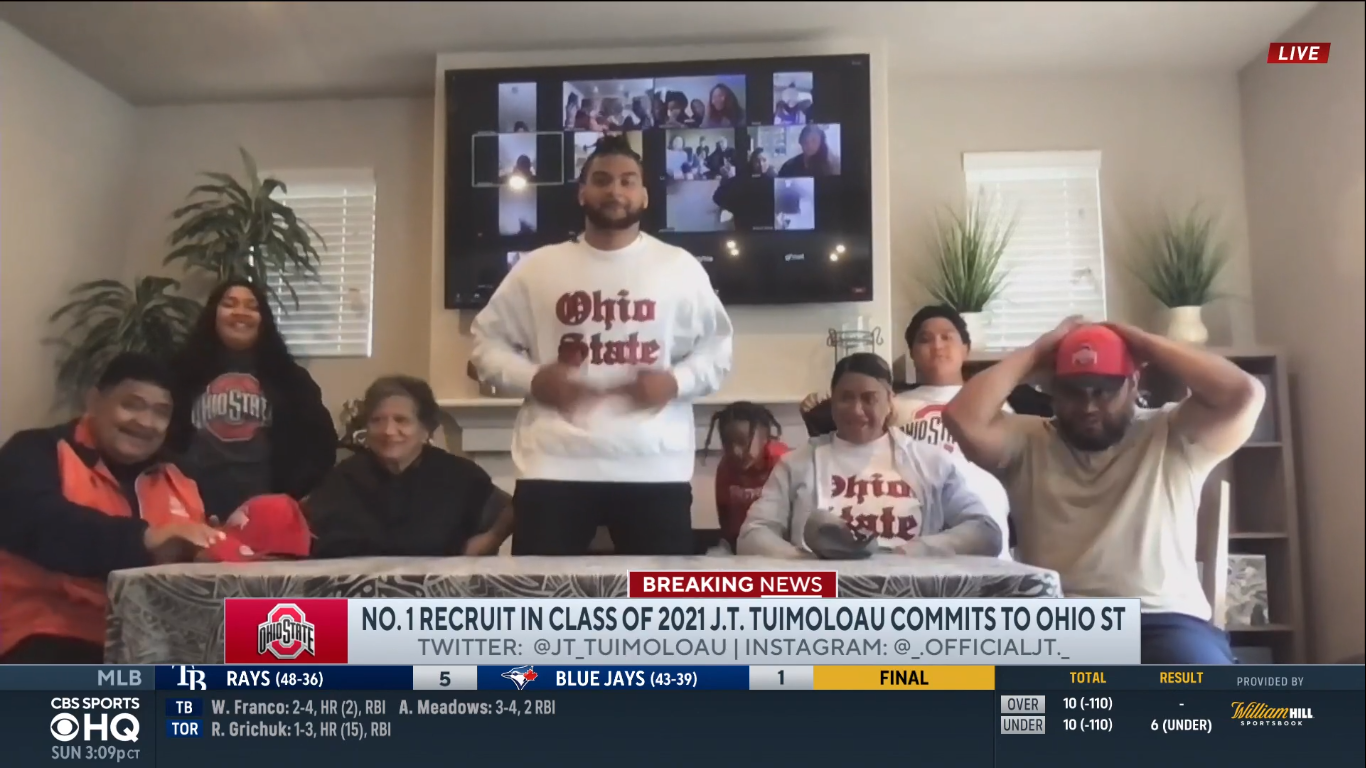 Tuimoloau said the environment in Columbus just felt like home while experiencing a brotherhood among the players.

Tuimoloau becomes the fifth five-star commit for the Buckeyes via the class of 2021. Along with Ohio DL Jack Sawyer (No. 4 prospect) and Washington WR Emeka Egbuka (No. 9 prospect), Ohio State now boasts three of the top-10 prospects nationally for the class.

Best of luck Tuimoloau as he starts his career with the Buckeyes!

Sports betting in Ohio is officially launching on January 1, 2023.