Ohio State is trying to battle its way back in the Rose Bowl after falling behind to Utah with a wild first half. So far, that performance is not sitting well with one Buckeye.

That player is Marcus Williamson, a defensive back who posted 24 tackles with Ohio State this season. He went on a Twitter rant during the game, calling out the IQ of Buckeye fans, Ohio State’s coaching staff, and even giving a bit of advice to potential recruits down the road.

In particular, Williamson’s comment about fans and football IQ is not going to sit well with the Ohio State faithful.

RECRUITS: watch out for a lotta these coaches. this can be a shitty business w shitty individuals. Use wisdom and discernment when visiting schools

For those wondering why Williamson is not in Pasadena, he commented that he is now retired and decided to stay home to enjoy the holiday. Here is a sampling of Williamson’s roll on social media: 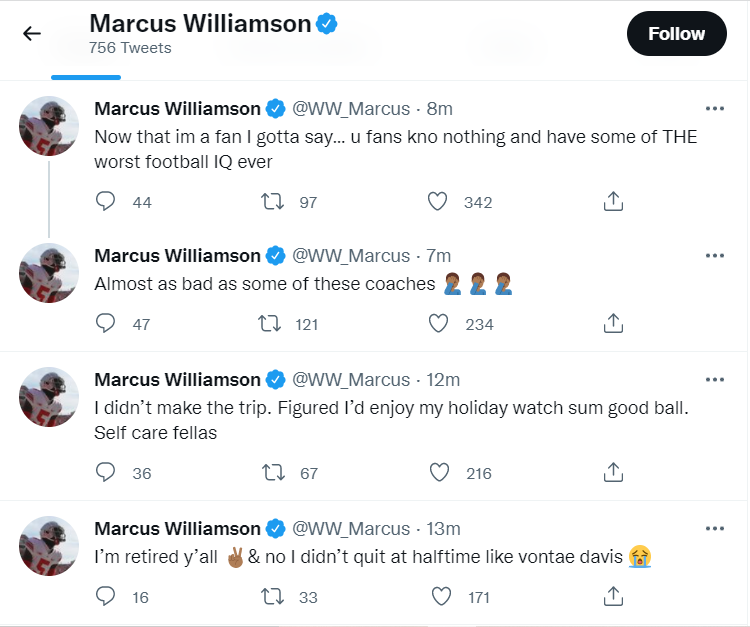