Ohio State’s players spoke in the middle of last week, saying they felt comfortable with the team’s protocols to have a college football season. Now, with the 2020 season hanging by a thread, their parents are speaking out.

On Sunday, not long after it was reported that B1G presidents were meeting on Sunday night to discuss the outlook of the fall sports season, the Football Parents Association at Ohio State released a statement.

They, too, want to see the kids on the field this season.

Below is the statement: 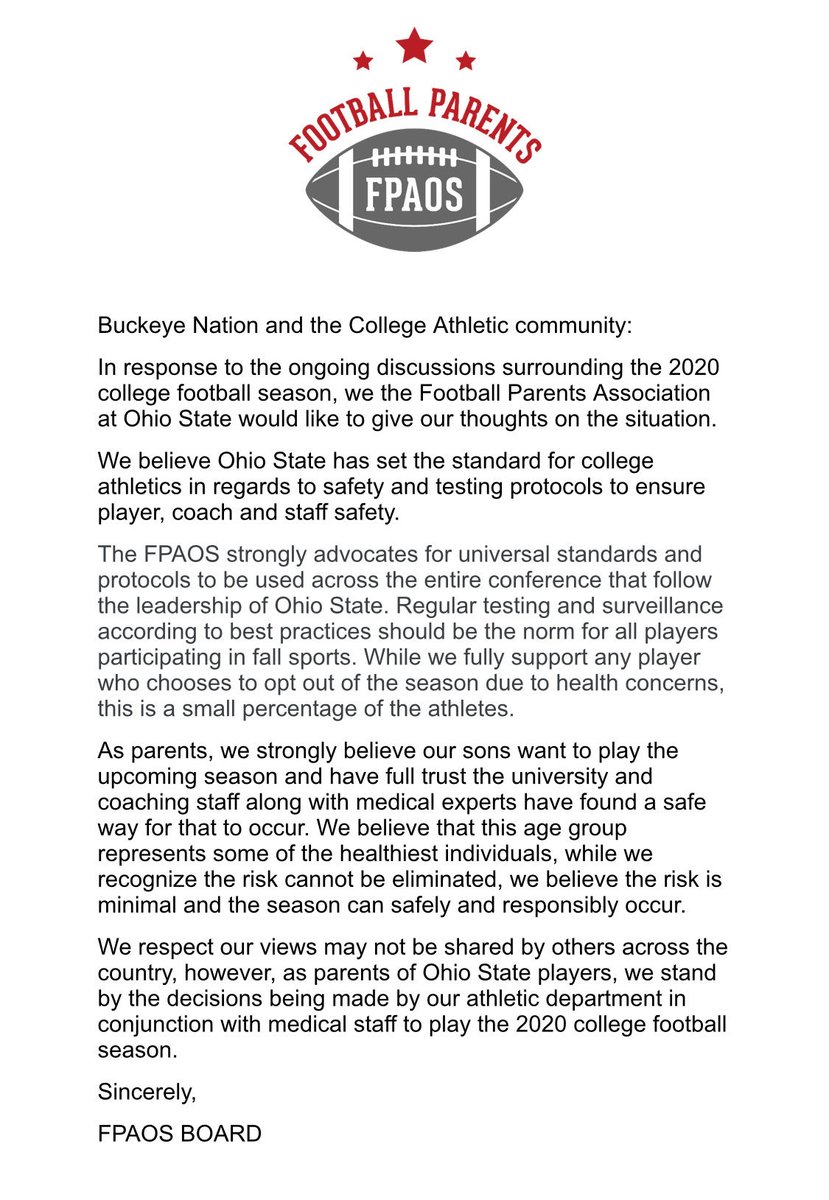 This released statement comes after the MAC opted to cancel fall sports for 2020 and pursue an opportunity to play again in the spring. Not long after that decision, rumors began floating that the B1G or Pac-12 could be next.

There appears to be growing momentum towards delaying the college football season at the very least. But the parents at Ohio State are making their pitch.