Ohio State has released its roster for the 2021 spring season.

Monday morning, Colin Hass-Hill of Eleven Warriors shared photos of the spring roster. The Buckeyes began spring practice on Friday, March 19 and will conclude the 15-practice schedule with a spring game on Saturday, April 17.

The Buckeyes are coming off a 7-1 campaign in 2020, winning a fourth straight B1G title and making a second trip to the College Football Playoff in as many years. The only loss came against Alabama in the national championship.

Below is a look at the roster: 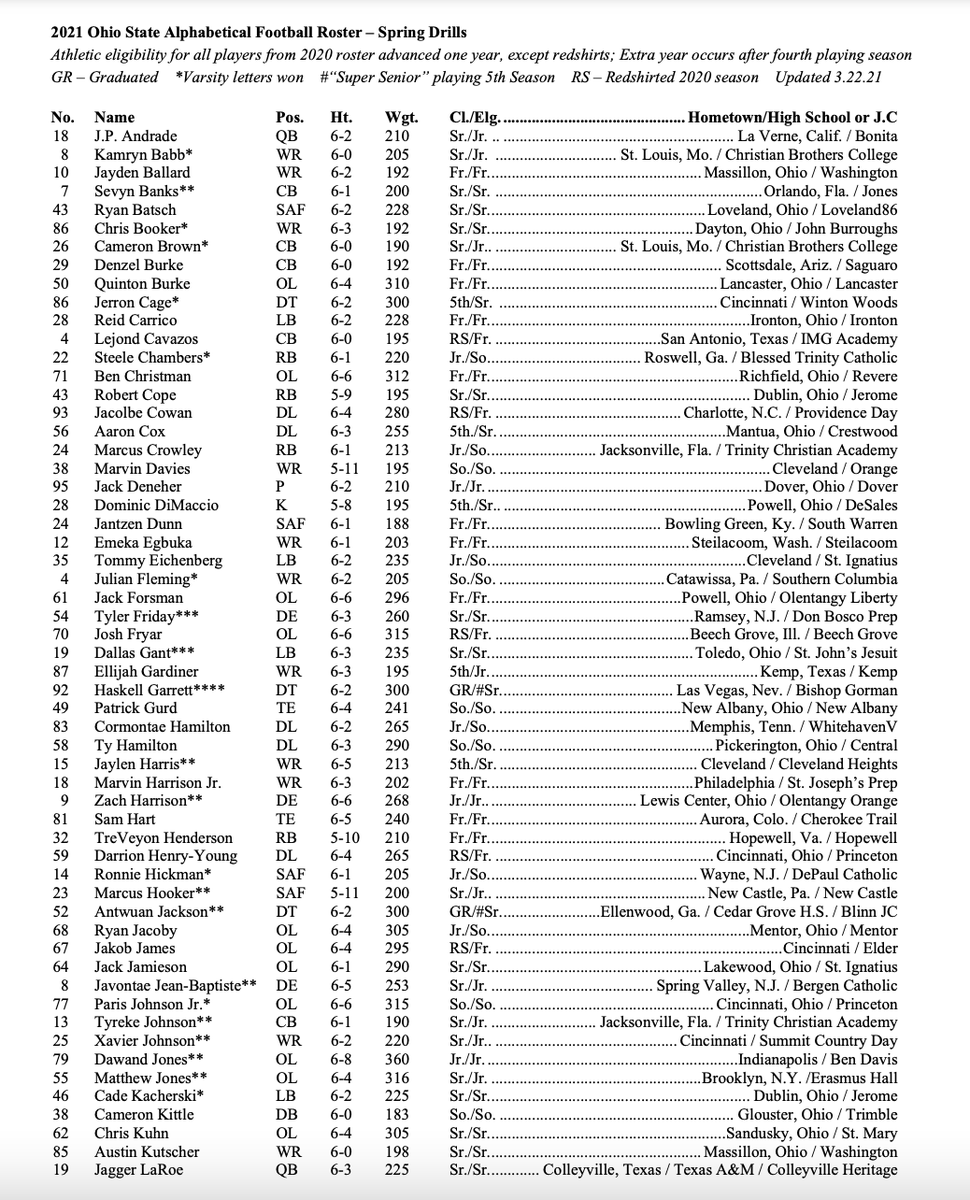 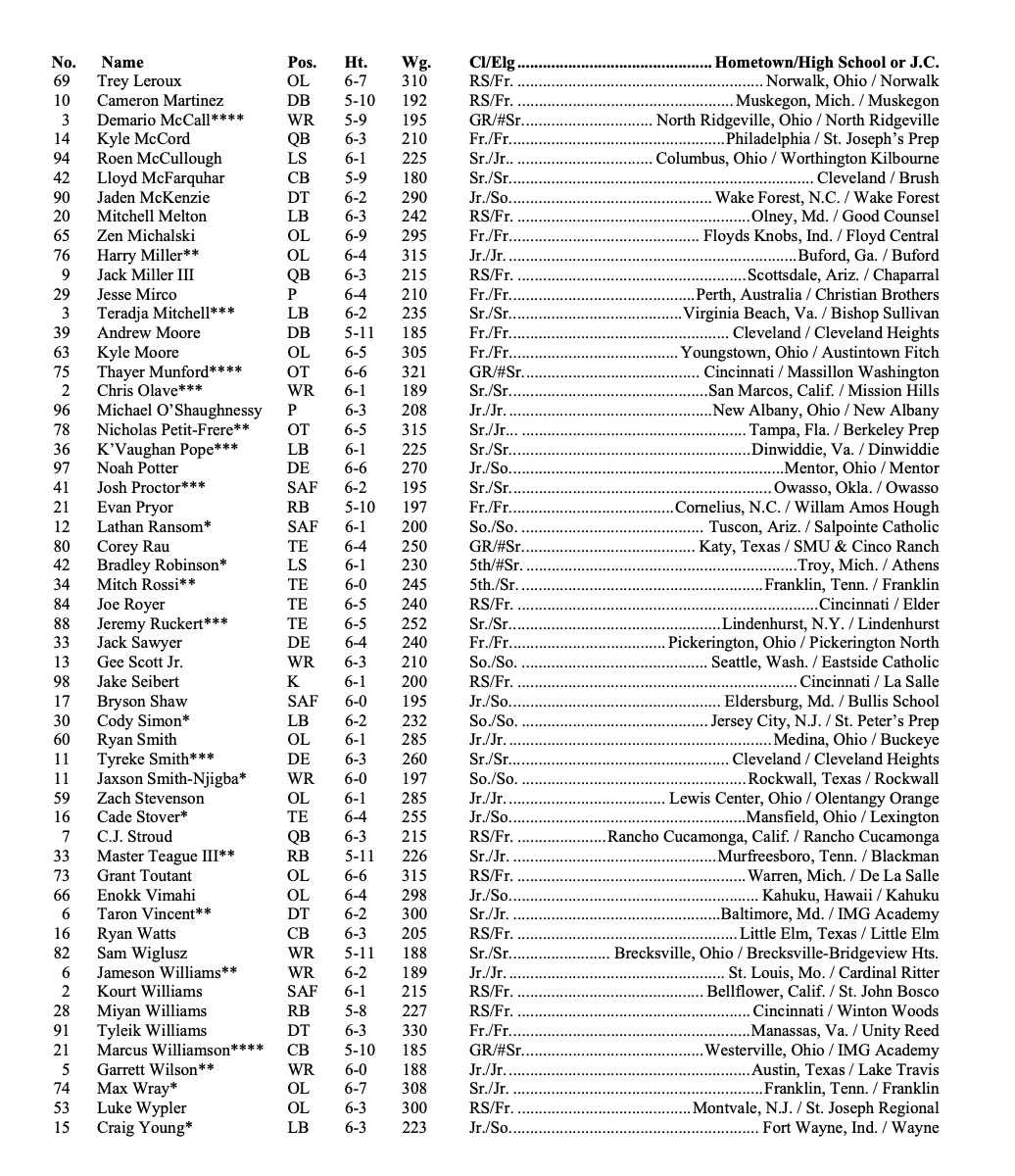 Day will be entering his third season as the full-time head coach at Ohio State. Over the last two years, the Buckeyes are 20-2 under his leadership, with the only two defeats coming in the College Football Playoff.

In 2018, Day was named the interim head coach while Urban Meyer was suspended. His overall record is 23-2 with a perfect 15-0 mark in B1G play.

With the launch coming on January 1, 2023, Ohio sports betting is almost here.