Ohio State guard Musa Jallow has released a statement on his decision to enter his name into the NCAA transfer portal. His announcement came just a few hours after he reportedly entered his name into the database.

Jallow was a 3-star member of Ohio State’s 2017 recruiting class, rated as a 3-star prospect out of Bloomington, Indiana. Over the last four seasons in Columbus, he’s appeared in 94 games for the Buckeyes, making 28 starts.

While he still could return to Columbus for the upcoming season, his statement does not indicate that will be his plan. 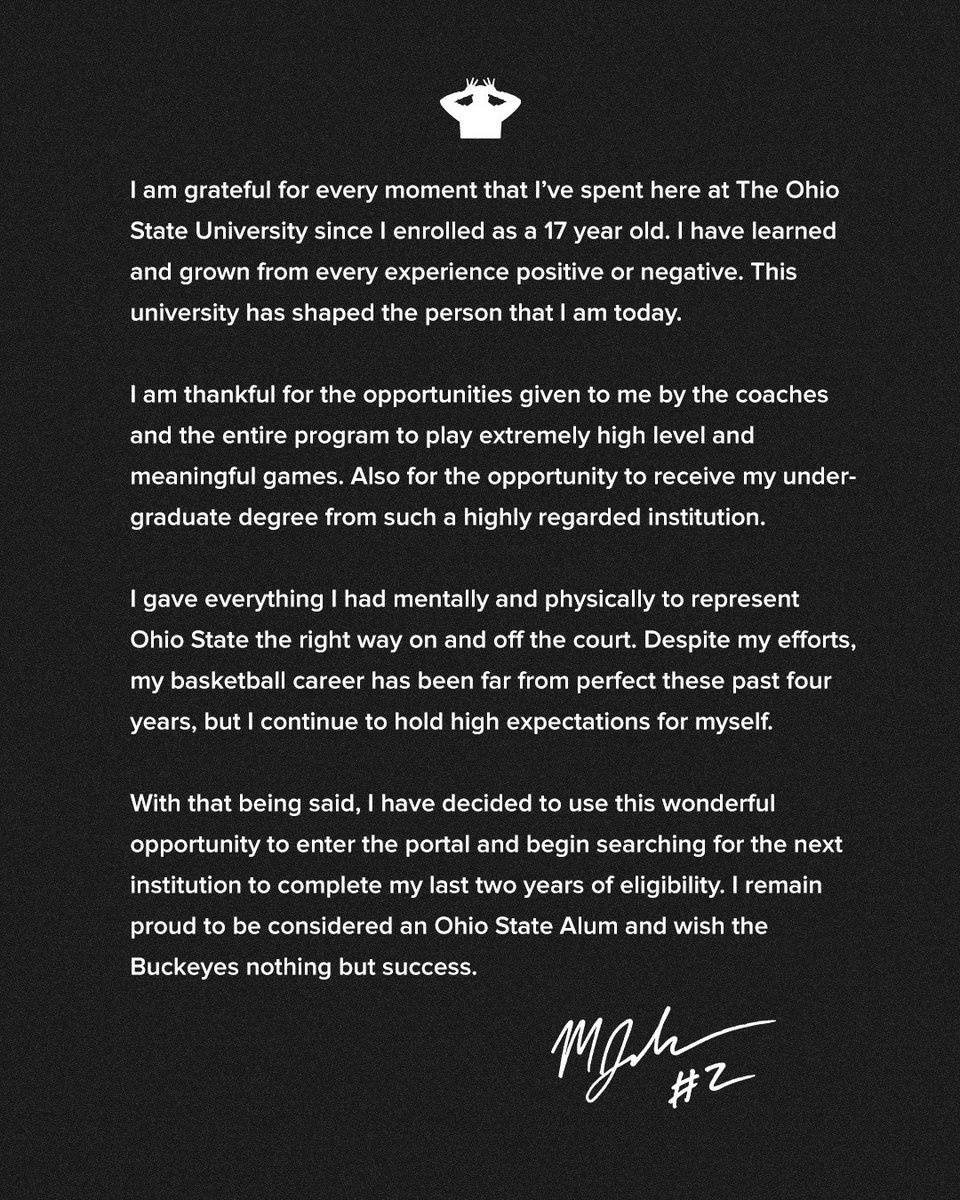 This year, Jallow played in 26 games and made 5 starts for Ohio State. He averaged 2.9 points, 2.2 rebounds and 0.7 assists per game while playing around 16 minutes per contest. The Buckeyes ended the year with a 21-10 record, reaching the title game of the B1G Tournament and earning a No. 2 seed in the NCAA Tournament.

Ohio State was eliminated by No. 15 seed Oral Roberts in the first round.

For his career, Jallow averages 2.8 points and 2.2 rebounds per game over three seasons. He missed the 2019-20 season due to injury and retained a medical redshirt. Because the NCAA is granting an additional year of eligibility for all winter student-athletes, he still has two years remaining to use at the college level.

Jallow will be a graduate transfer out of Ohio State, meaning he will be immediately eligible at his next stop.