Coming into the 2016 season, Urban Meyer suggested this could be his favorite team he’s had in Columbus.

He said that his team was the most talented of any group he had coached at Ohio State. It was also the youngest in the country after losing more NFL talent than anyone in college football.

But Meyer liked the mentality of his team because he had veteran leadership at key positions, and he knew that they were going to surprise people, much like the 2014 group did. Looking back on it, we can say that the Buckeyes surpassed those expectations.

Three wins against top-10 teams and a College Football Playoff berth are proof of that. Nobody else in the final four has multiple wins vs. current top-10 teams. Yet nobody considers Ohio State as the favorite to win it all. In fact, many don’t even think they’re the favorites to beat reigning national runner-up Clemson.

It’s sort of fitting that Ohio State enters the playoff in this fashion. The Buckeyes are still by far the youngest team in the final four. Win or lose, they’ll return an overwhelming amount of starters on both sides of the ball.

This team shouldn’t feel the weight of the world like the 2015 group did. The 2016 Ohio State team has all the reason to play as loose in a high-pressure situation, and perhaps even do what the 2014 team did. 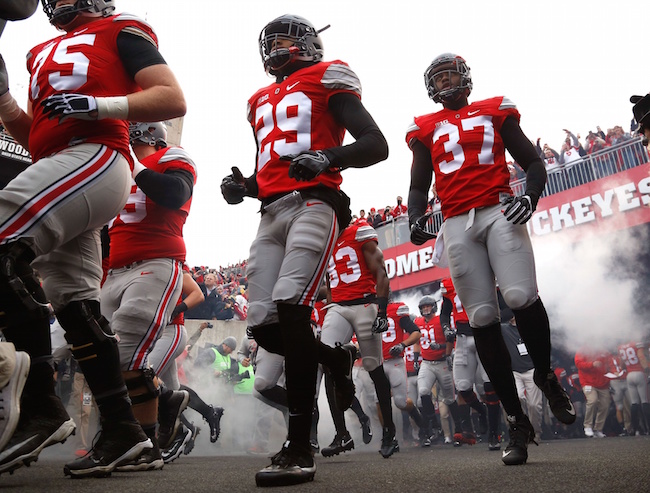 With a fanbase like Ohio State, there are always going to be sky-high expectations. But by now, players have learned how to overcome those on a weekly basis and dominate like one of the four best teams in the country.

In many ways, this shaped up about as well as it could’ve for Meyer and the Buckeyes. The obvious benefit to OSU with the final rankings — besides just making the field — was the fact that it avoided Alabama in the semifinal.

Nobody has more pressure right now than the Tide, which rolled into the College Football Playoff after storming throw an atypically-weak SEC. Nick Saban knows how to manage that. A bunch of 18-22-year-old kids learned how to do that, too. Still, that pressure gets amped up as the overwhelming favorite in a win-or-go-home scenario.

RELATED: Automatic bids and an eight-team playoff? Not anytime soon

Clemson was and is the team that’s supposed to get a rematch with Alabama. Sure, Las Vegas has Ohio State as a 3.5-point favorite. But the Tigers are the ones with the Heisman candidate quarterback playing in what’ll likely be his last collegiate season. They have a bevy of draft prospects that figure to follow Deshaun Watson into the NFL.

For Clemson, anything less than another title game appearance would be a letdown. That was the preseason, midseason and postseason goal.

Was that the case for Buckeyes? Absolutely not.

Michigan was the team with 43 seniors compared to Ohio State’s 44 freshmen. The Wolverines were the B1G’s win-now team. Ohio State is likely looking at a top-two preseason ranking in 2017.

That obviously won’t factor into Meyer’s mindset. Players won’t consciously think about that, either. There’s no guarantee of repeated playoff berths. The Buckeyes want to win now with the opportunity that they have. 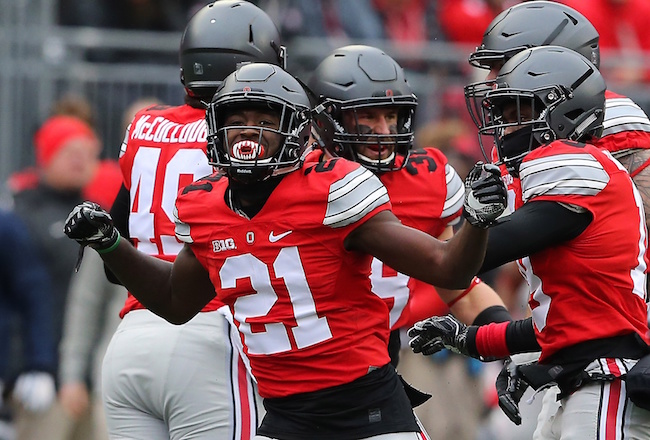 But pressure is all about outside noise. Pressure is getting asked the same question about title expectations over and over. How many times do you think Saban or Alabama players have had to deflect questions about the title game when they still have to beat an extremely talented, well-coached Washington team just to get there?

Ohio State won’t deal with that.

Nobody in their right mind is asking Meyer about facing Saban. At least not yet. There are only a few Buckeyes dealing with the “should-I-stay-or-should-I-go?” predicament. That matters, too.

Can you imagine if that 2015 group had made the playoff? Half of Meyer’s starters would’ve been peppered with questions about playing at the next level in the four weeks leading up to the game.

As expected, Meyer’s 2016 group has a completely different feel. The midseason wall was the only time that brought back some 2015 flashbacks. The mindset is different, the expectations are different and even the experience playing quality teams away from Ohio Stadium is different.

The ideal pregame narrative for coaches is boring. In their perfect world, players can prepare for the task ahead and play to their abilities without distractions. That’s it. When the Buckeyes do that, that usually yields favorable results, even when Alabama is on the other sideline.

In many ways, Meyer has his perfect scenario. The question now is whether or not his favorite team will deliver his perfect ending.