Nobody needs a victory more this Saturday than James Franklin

This one means more. It doesn’t take someone who spends 80 hours a week consuming all things B1G football to tell you that.

If James Franklin walks off Heinz Field without a victory on Saturday afternoon, the chatter will grow. The uncertainty surrounding his future in State College will become, well, even more uncertain. Another chance at a quality win squandered, another reason to wonder if the right guy is in charge.

For the first time in his career, Franklin faces a must-win game. Say what you want about games that would’ve been nice for him to win — the double-overtime thriller vs. Ohio State in 2014 tops that list — or games that he was supposed to win in the past (Temple). For the sake of his job, his recruiting turf and his fan base, he has to finally pick up a quality win against an emerging intrastate rival.

To this point, you can argue that Franklin doesn’t have one of those. He’s 0-6 against ranked teams, 7-11 vs. Power Five teams and the combined record of teams he beat is 78-91.

Even worse, he’s been trounced by ranked teams:

As it stands, that’s an average loss of 18.7 points per game vs. ranked teams. Take out the MSU blowout and the Lions are still averaging a two-touchdown loss to ranked teams under Franklin.

What’s his best win? Rutgers? San Diego State? Neutral site wins against UCF and Boston College, both of whom were historically awful the following seasons? If Franklin refers to those as “quality wins,” Penn State AD Sandy Barbour will laugh him out of the room.

As I wrote before, we don’t know what measuring stick Barbour will use to evaluate Franklin’s performance at season’s end. She said before that the team needed to improve and compete for a B1G title in 2016. Penn State could lose to Pitt by 50 and still theoretically do that.

But Franklin has to start changing the narrative before it’s too late. If he goes 1-4 against Pitt, Iowa, Michigan, Michigan State and Ohio State, nobody knows what’ll happen. A loss would mean that Franklin could be looking at a 2-2 start with games vs. Iowa, Michigan State and Ohio State left. Yikes. One random victory against a ranked B1G team late in the season won’t make or break Franklin’s future. 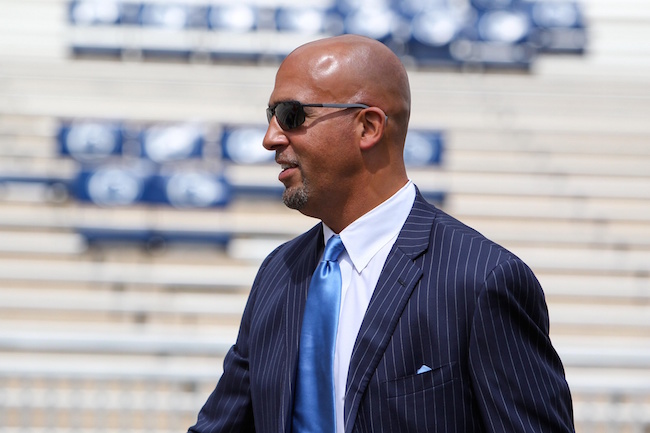 Saturday is a chance for Franklin to finally build some-on-the-field momentum. He needs to be 3-0 heading into that showdown in the Big House. Then, at the very least, he won’t lose more of the fan base if PSU drops a close game in Ann Arbor.

I say it often, but perception is everything in college football, especially with a passionate fan base. Nebraska and Penn State have plenty of parallels, and in some ways, Franklin’s situation resembles Bo Pelini’s. He sold the program well and consistently finished in the top half of the conference while dividing a fan base.

The perception of Pelini, however, was that he couldn’t win the big game. Whenever he had a chance to beat a quality team on national television and put Nebraska back into that upper echelon, he couldn’t do it. He developed a reputation for never winning the game he wasn’t supposed to. At a place like Illinois or Indiana, that can fly. At a place like Nebraska or Penn State, not so much.

RELATED: Penn State’s game against Pitt to be televised on ESPN

According to Vegas, Penn State isn’t supposed to win on Saturday. The Lions are five-point dogs to their intrastate rival, which is probably tough for PSU alums to stomach in itself.

Pitt coach Pat Narduzzi — who hasn’t been shy about what this game means for his program — said he believes the crowd will be dominated by Pitt fans. Considering PSU’s massive alumni base, that would be a surprise. This is Franklin’s opportunity to show everyone in that crowd — no matter what team they’re supporting — that PSU isn’t about to surrender its place as the premiere program in Pennsylvania.

Recruits don’t care about what PSU did with Joe Paterno. Boosters don’t care about that, either. Barbour surely doesn’t care. But they’ll all be watching. It’s time for Franklin to deliver on the promises he made in living rooms and at alumni functions across the country.

If he doesn’t, time could be running out.