Despite pulling his name out of the NCAA transfer portal a few weeks ago, Penn State guard Izaiah Brockington has made the final decision to move on from the program. He made the announcement with a post on Twitter Thursday evening.

Brockington initially put his name into the NCAA transfer portal in mid-March and withdrew following a “good conversation” with new head coach Micah Shrewsberry. However, it appears the guard has had a change of heart and will look to finish his college basketball career elsewhere.

Below is the statement Brockington sent out on Twitter to make his announcement: 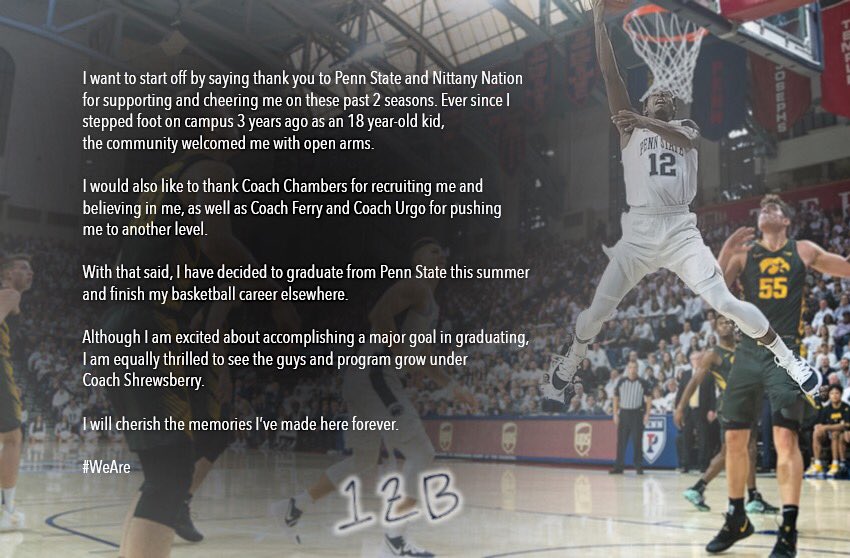 Last season, Brockington was a key piece for the Nittany Lions, averaging 12.6 points and 3.9 rebounds per game. He played just under 30 minutes per contest and started in 24 of the 25 games he played in during the 2020-21 season.

Brockington just completed his third season at Penn State, but only his second year of eligibility. Before joining the Nittany Lions, he spent one season at St. Bonaventure, appearing in 34 games with 1 start. He averaged 4.3 points and 1.2 boards per game before leaving the program.