The list of parents sending in letters to B1G commissioner Kevin Warren continues to grow.

In the aftermath of the B1G’s decision to postpone the fall football season, several parent groups in the B1G have drafted letters to send to Warren, asking for answers behind the conference’s decision to pull the plug. Over the weekend, Penn State joined the fight.

Already, parents from Iowa, Ohio State and Nebraska have worked on letters to send to the commissioner over the league’s rapid decision, making Penn State the fourth group to do so. All groups have been frustrated by the lack of communication from the conference and its presidents, as well as the absence of an explanation behind the decision.

Below is the letter from Penn State’s parents, as published by The Athletic’s Audrey Snyder on social media: 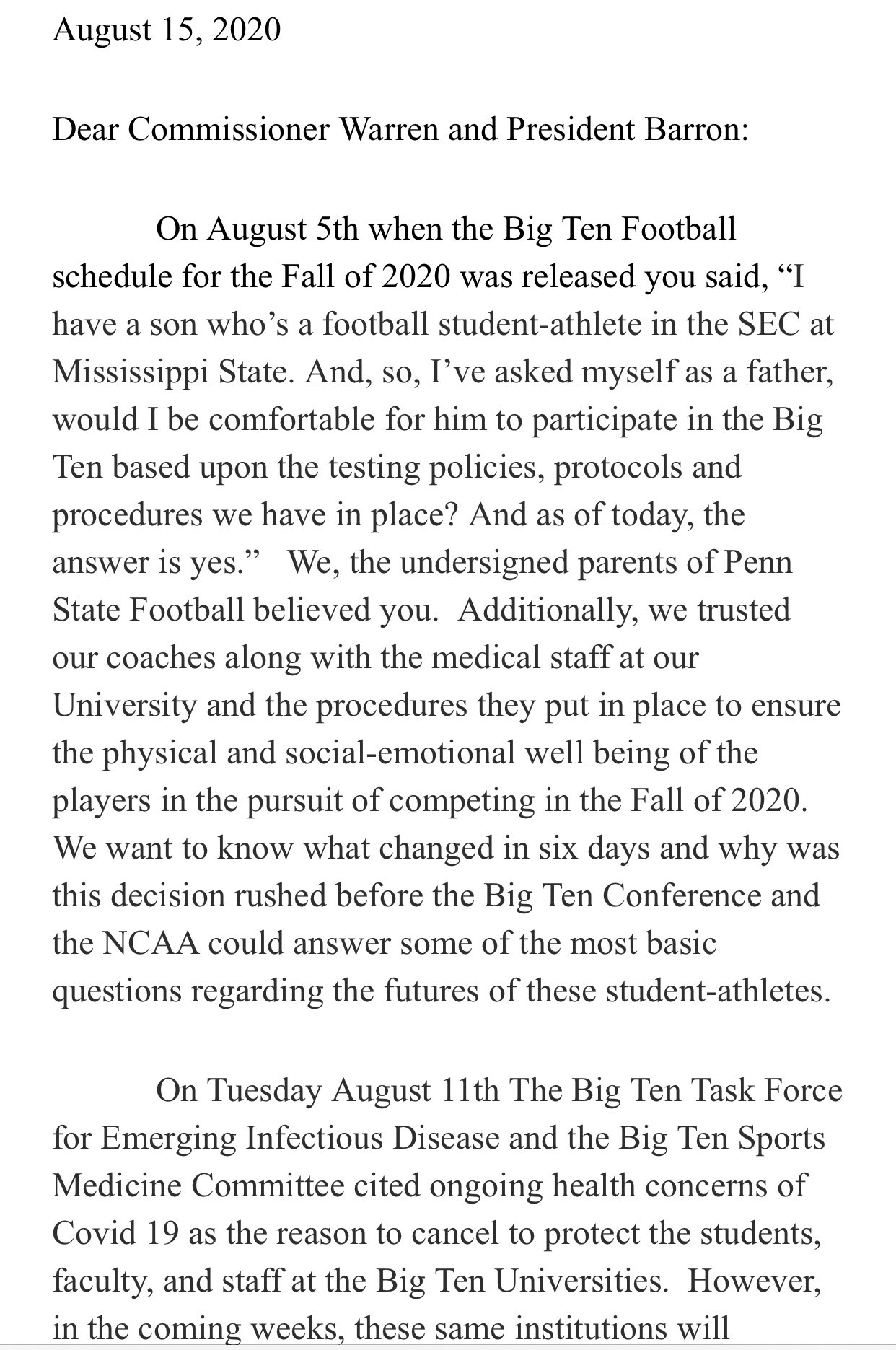 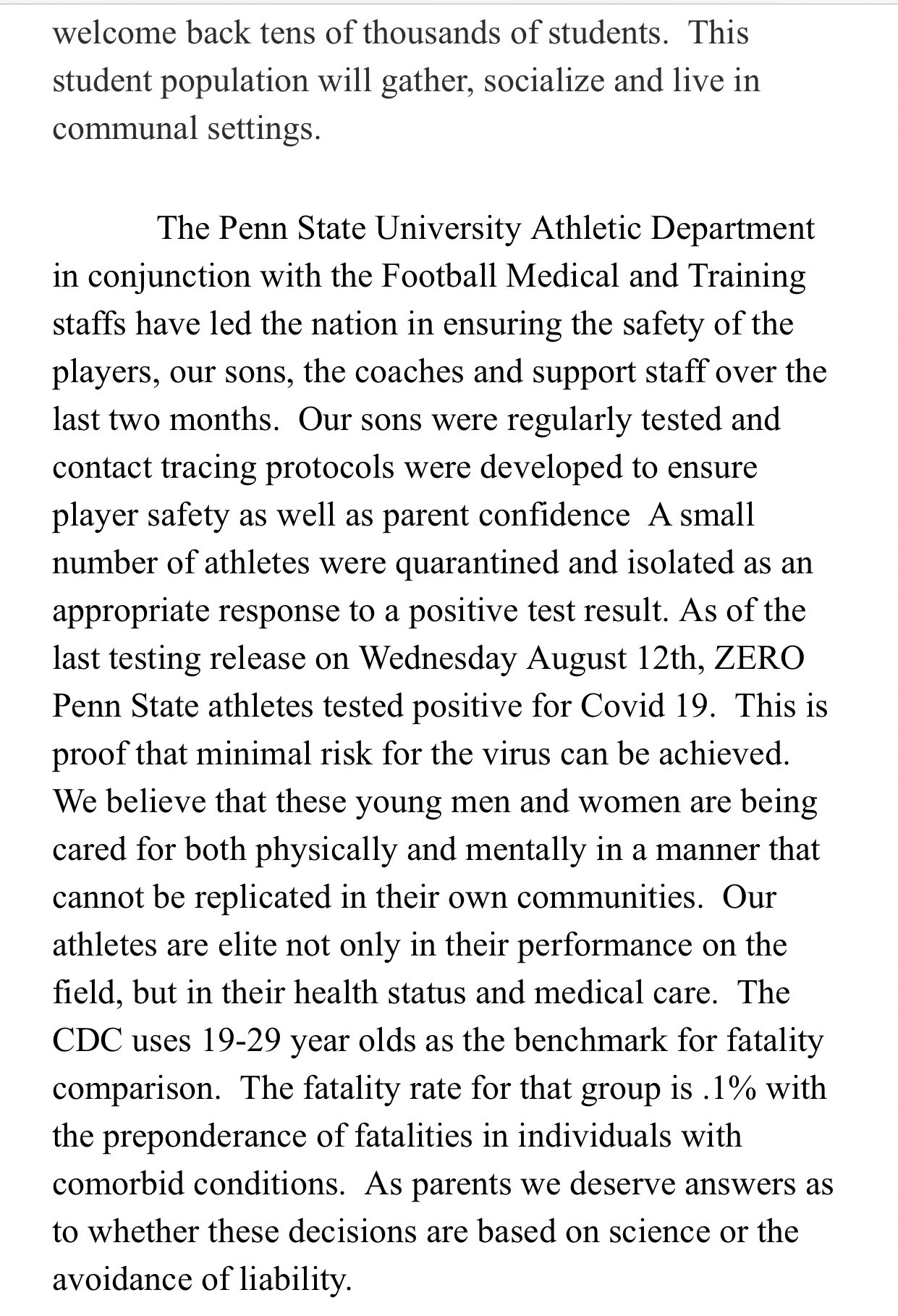