Although the Nittany Lions were unable to partake in their annual spring game this season — just like the rest of the college football world — the program did release an updated depth chart for the 2020 season. There were some interesting things that were noticeable.

While it shouldn’t be a huge surprise, Sean Clifford is penciled in as the No. 1 quarterback heading into fall after starting for Penn State last season. In the past, James Franklin has been somewhat reluctant to name a starter so early, but it appears that the job is Clifford’s to lose.

A loaded running back room is led by Journey Brown, who is listed as the starting ball carrier out of the backfield. Noah Cain is No. 2 and Devyn Ford is penciled in at No. 3.

Perhaps the most interesting move is that linebacker Micah Parsons is currently listed as the team’s primary kick returner right now. The All-American linebacker has been begging the coaching staff to get his shot at kick returns, and it looks like he’ll finally have that opportunity.

Here is the complete depth chart from Penn State: 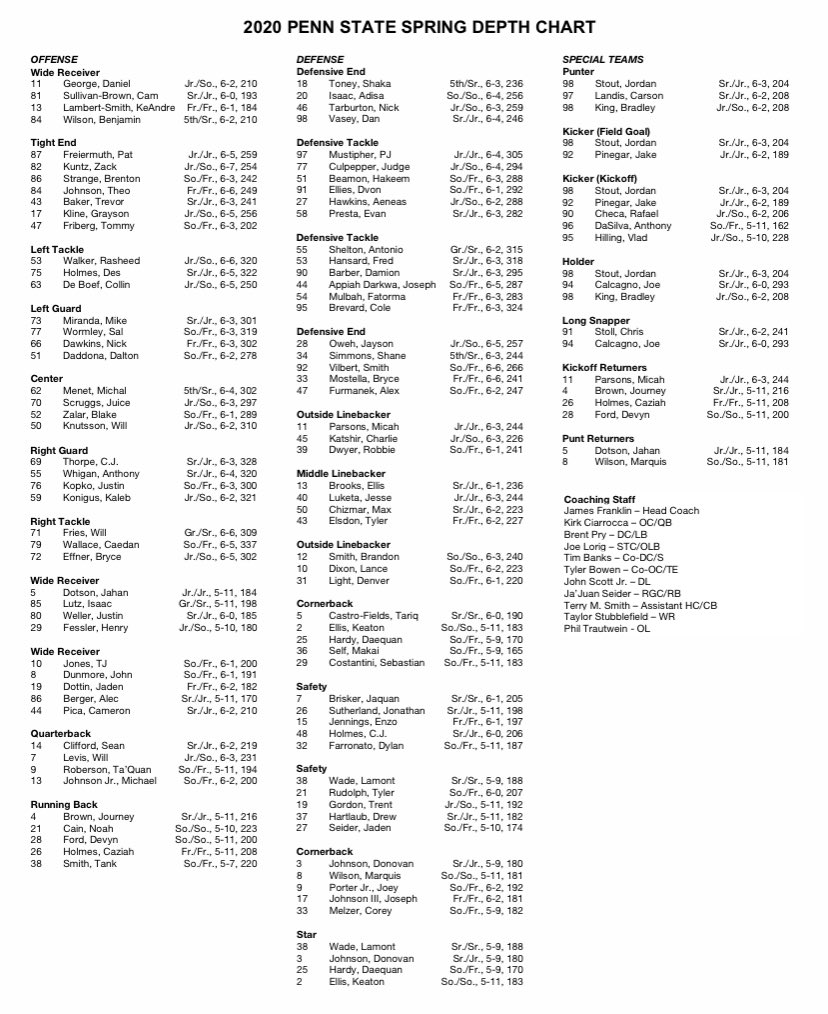