With the loss to Minnesota, it wasn’t a great weekend for Penn State football. Monday isn’t off to the best of starts either.

In response to FOX Sports analyst Joel Klatt’s rankings, Penn State linebacker Micah Parsons tweeted “how’s LSU not number 1?” Instead of LSU, Klatt has Ohio State at the top of his rankings.

Parsons’ tweet seems to be a bit of a knock on the Buckeyes, given that he says LSU should be No. 1 instead. Not exactly the type of thing someone wants to say about a team two weeks before playing them. 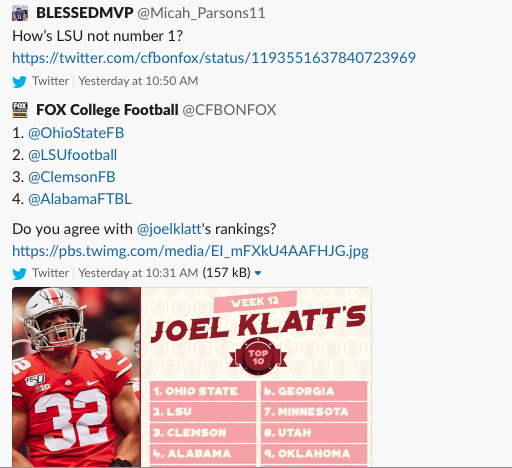 Penn State will visit Columbus to play Ohio State on Nov. 23. The Nittany Lions now must win that contest to stay in the playoff conversation.

It’s obviously not common to print out tweets, but the Buckeyes do have something to plug on their bulletin board for the next two weeks.