James Franklin’s repetitive, focus-on-the-task-at-hand battle cry was understandable. After all, the last thing he wanted to see was his team’s improbable playoff hopes dashed at the hands of Rutgers. That would’ve knocked Penn State all the way back to earth.

But after Saturday night’s convincing win in Piscataway, Franklin can finally talk about what everybody else has been talking about.

Then there’s the B1G West, where Wisconsin will look to keep its playoff hopes alive and clinch a division title in the process. Nebraska needs to beat Iowa on Friday and hope for a Minnesota victory against Wisconsin on Saturday.

Along with Penn State, there are four B1G teams that must win to keep playoff hopes alive. There are five B1G teams with division title hopes. In the three B1G games that don’t have division title ramifications, a bowl berth will be on the line in a rivalry game.

Yes, this is as good as it gets for the B1G. 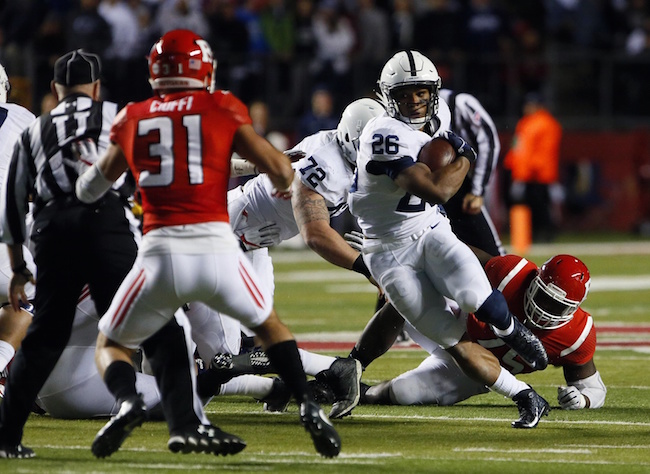 Who do we have to thank for next week’s craziness? Well, in many ways, Iowa. The Hawkeyes’ stunning win against Michigan opened the door for Penn Sate and closed it slightly for Ohio State.

And if there’s future craziness, it could be because of Penn State. Wisconsin could wonder if it would get in as a two-loss team if it beat Penn State in a B1G Championship. The Lions themselves could be a borderline playoff team with two losses and a conference title.

Speaking of the Spartans, they definitely haven’t looked like a team that’ll miss the postseason lately. On Saturday, MSU gave Ohio State everything it could handle. The consensus after that game was that MSU no longer looks like a three-win team.

RELATED: When things got tough this time, so did Ohio State

Get ready to hear everyone calling for the Michigan State upset at Penn State.

Even if they do, a competitive MSU sets up a far-more interesting matchup than if the Spartans were already checked out. And given PSU’s issues on the offensive line — a young group didn’t look great against Rutgers — that game isn’t expected to be the blowout many were predicting a couple weeks ago.

If Ohio State does beat Michigan, can you imagine how tense Beaver Stadium would be with those kind of stakes?

My bad, my bad. Let’s not get ahead of ourselves. 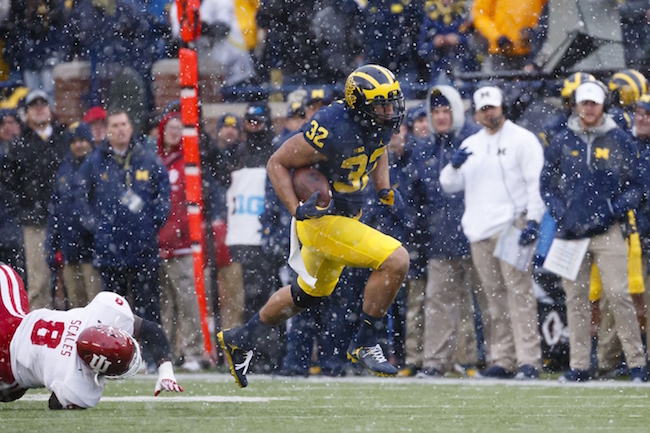 Michigan is the team that can single-handily ruin the B1G’s fun if it runs the table. Why? The Wolverines would knock out Ohio State and Penn State with a win, and if they won the B1G Championship, say goodbye to a three-loss B1G West champ.

So what are we in for on Saturday? Nobody knows.

The winner of the biggest Michigan-Ohio State game since 2006 might not even decide who wins the B1G East. Wisconsin could lose to Minnesota for the first time more than a decade and miss out on the playoff. Or we could still have three legitimate B1G playoff contenders by this time next week.

In many ways, you couldn’t have drawn this up better for the B1G. It heads into the final week of the season as the unquestioned best conference in college football. You could make an argument that the B1G has four teams more likely to make the CFP than another Power Five conference’s second-best candidate.

But let’s not figure out the playoff field just yet. Instead, let’s shift our focus to Saturday.