A scary tweet involving Penn State originally sent out Wednesday evening is reportedly being investigated by campus police and the FBI.

According to Becky Metrick with Penn Live, a tweet threatening a mass shooting at Penn State’s Beaver Stadium was sent out Wednesday evening just before 11 pm. The tweet and the user have since been deleted, but Metrick indicated Penn State police and the FBI are investigating the issue:

PSUPD stated on their Twitter and Facebook that they, along with the FBI, are investigating the tweet to determine its credibility. They said there is no immediate danger to the Penn State community.

If this was a joke, it is the kind of sick, twisted thought that has no place anywhere. There have been numerous mass shootings in the United States over the past few decades, including multiple ones on college campuses across the country. 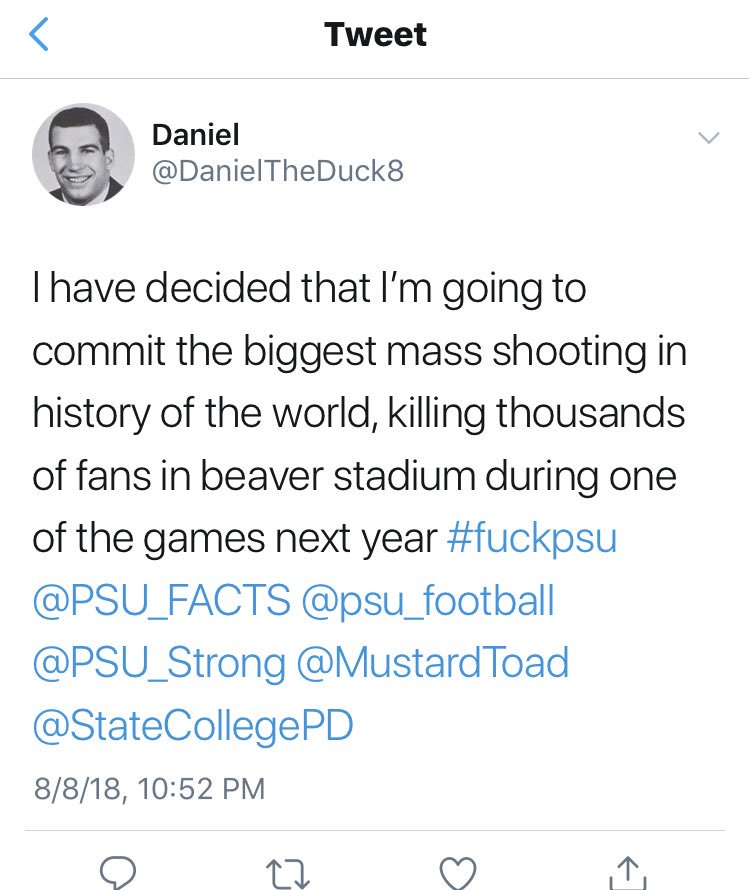