Purdue basketball is red hot. Coming off a great season in which the Boilermakers had a stint at the no. 1 ranking in the country, Purdue has followed it up with a run to the Sweet 16 in the 2022 NCAA Tournament. After taking care of business against Yale in the opening round of March Madness, Purdue took down the 6-seeded Texas Longhorns on Sunday by a score of 81-71.

As usual Jaden Ivey and Trevion Williams led the charge with 18 and 22 points, respectively. While Zach Edey did his thing, it was Trevion Williams that had the hot hand especially offensively for Purdue. Despite a slow start, Jaden Ivey once again took control and provided the steady hand along with a couple clutch three-pointers in the second half to lead the Boilermakers to a big win over Texas.

Next up, Purdue basketball will square off against the only Cinderella in the tournament, the Saint Peter’s Peacocks. It appears to be a favorable matchup for Purdue, but of course, there’s a reason Saint Peter’s has made it this far. They are no easy win.

Should Purdue get past Saint Peter’s, the Boilermakers will face off against the winner of North Carolina vs. UCLA for a spot in the Final Four.

You can check out the full, updated bracket below: 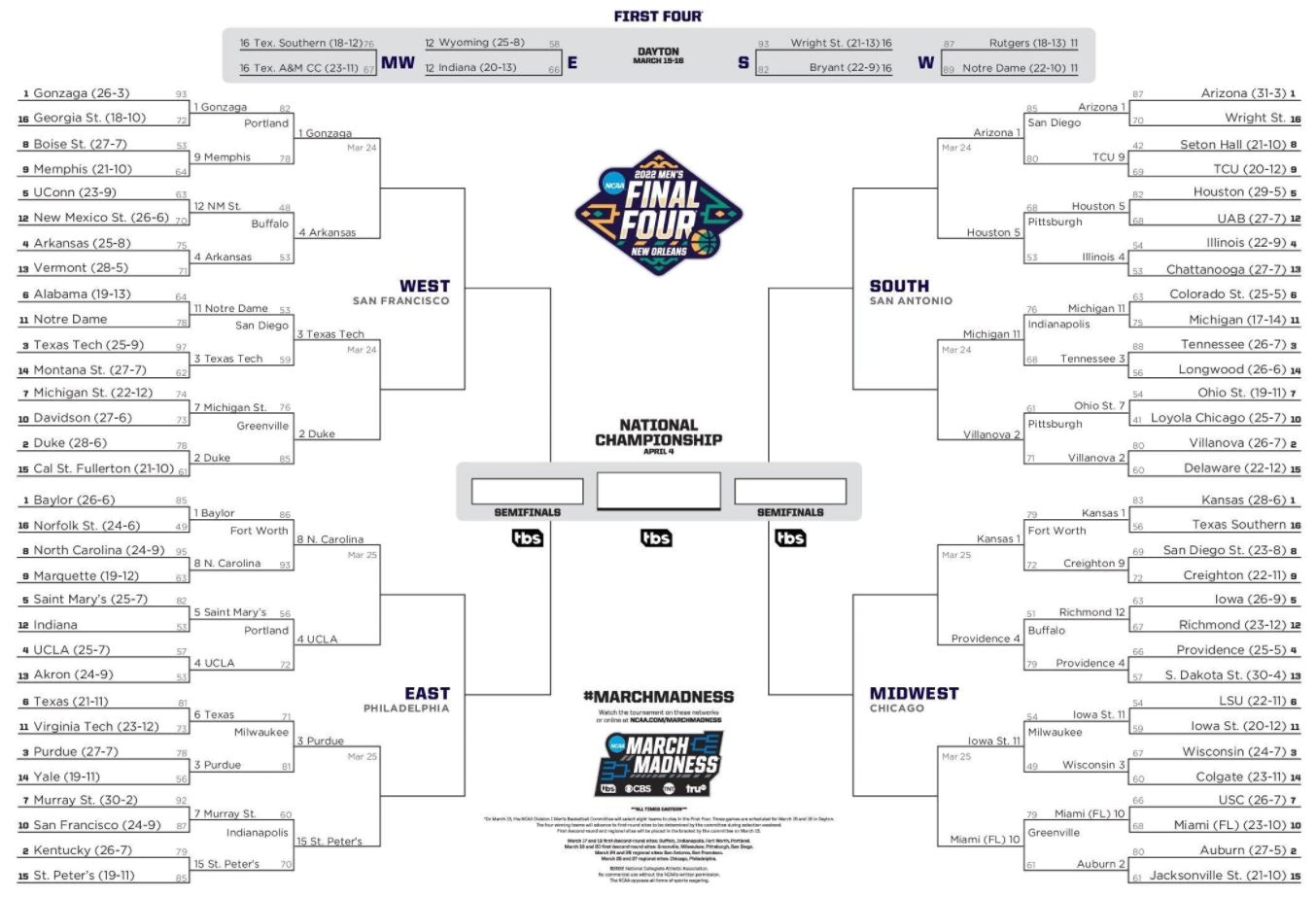 If you’ve seen the “Ball In” shirts that Purdue players and fans have been wearing, you can get your own now as well. It’s a perfect item to wear to support Purdue basketball as the Boilermakers make their run towards a spot in the Final Four. 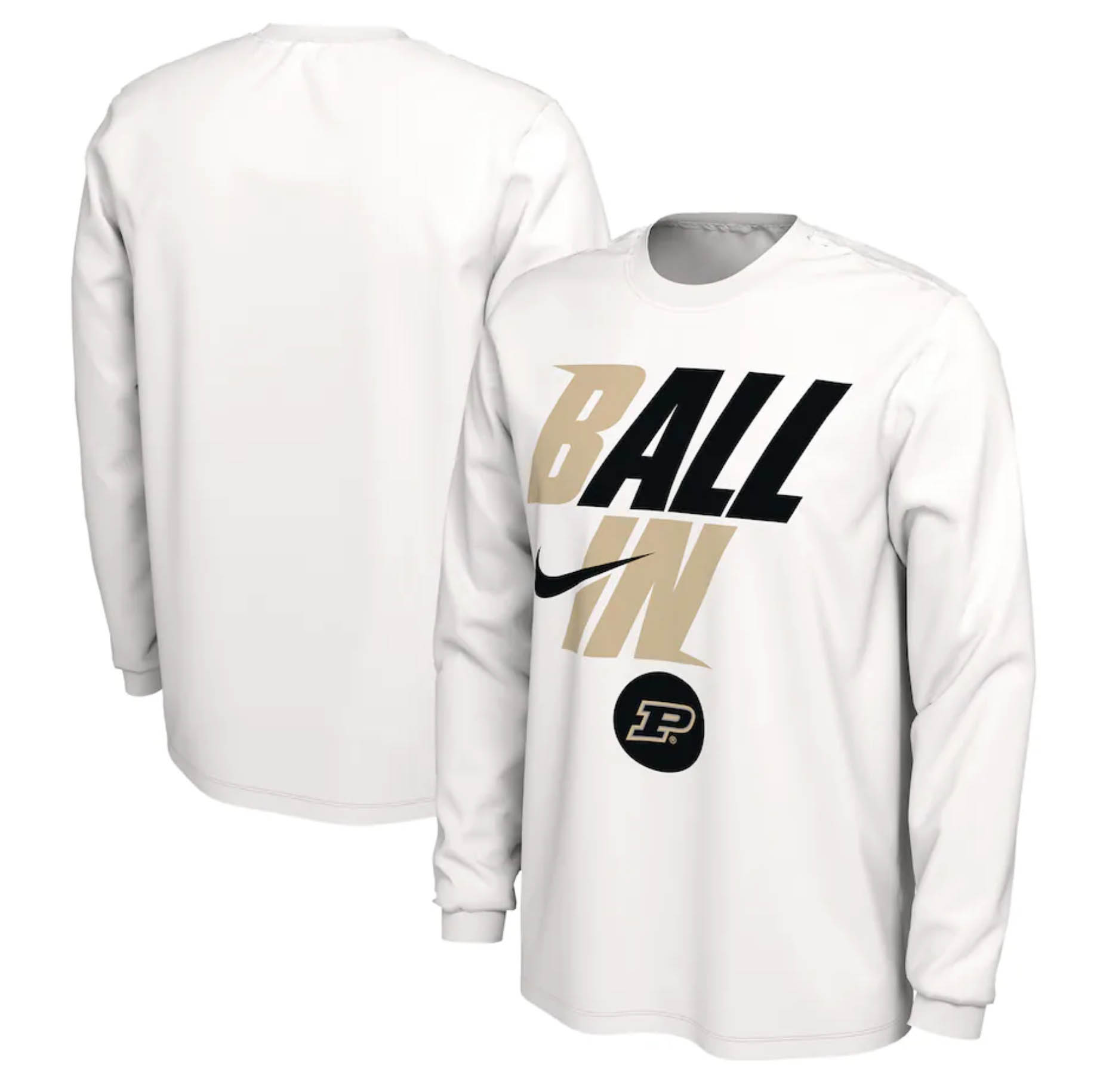 These shirts are extremely popular, and some of the sizes might already be sold out. These Nike long sleeve t-shirts are being worn by the Purdue basketball players during the game, as well as fans all over the country. You can get free shipping and purchase the shirt for $39.99. Click here to buy the shirt.