Buzzed: Matt Haarms' famous hairdo is no longer a thing

Purdue center Matt Haarms is known for a lot of things. The junior is an excellent shot-blocker, solid rebounder, good scorer in the post brings enough energy to fill any basketball arena for one night. But perhaps what Haarms is known most for is his haircut.

As silly as it may sound, Haarms’ hair has gained some notoriety during the college basketball season. After almost every play, the 7-footer adjusts the hairdo, bringing plenty of attention to fans across the country.

But now, Haarms’ hair will be a topic of conversation for another reason. He’s buzzed it off.

That’s right, according to Tom Brew and Brett Douglas of Sports Illustrated, who were able to acquire a photo of Haarms’ new look, the Purdue center now has a buzz cut. 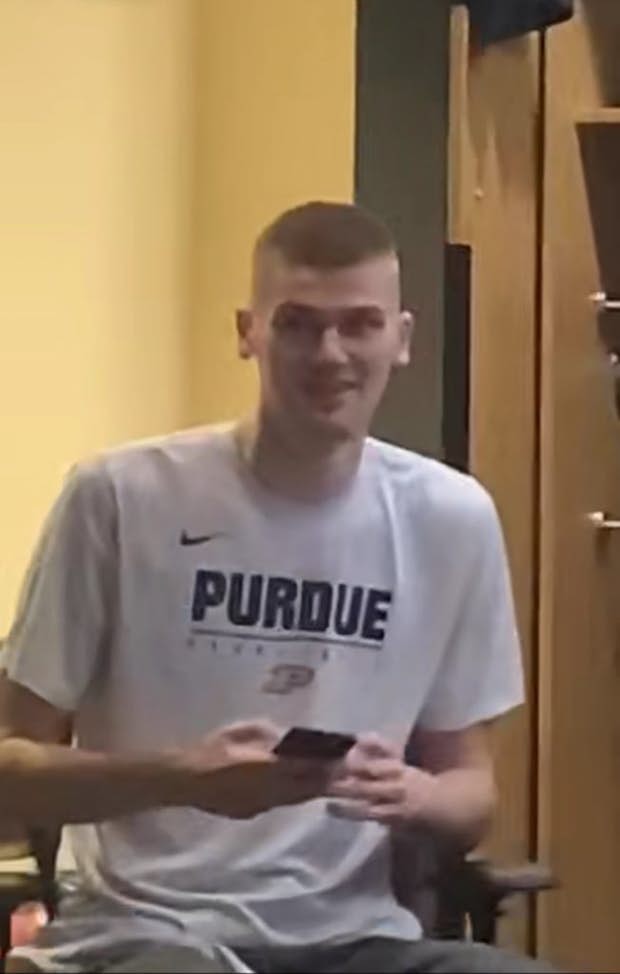 So, there won’t be any hair adjusting for the month of March, as Purdue has just one more regular season game remaining — a home contest against Rutgers at Mackey Arena on Saturday. The Boilermakers will then head to the B1G Tournament, hoping to get a few wins and secure a bid into the NCAA Tournament.

Haarms has provided a big presence on the inside for Purdue the last three seasons. This year, Haarms is averaging 8.6 points, 4.5 rebounds and 2.0 blocks per contest. The Boilers are 16-14 on the year.

We’ll see if the new look prompts an even better performance from the Purdue center in the final week of the season.