Where team was when he was hired — Let’s be honest. Few programs in America were a bigger mess than Rutgers in 2015. Kyle Flood lost his handle on the program, and it made for one of the more obvious firings we’ve seen in recent memory. Several players were arrested, which decimated the team. Even worse, Flood himself was suspended for impermissible contact with a university professor in defense of a player who was later kicked off the team. That was Rutgers’ 2015 season in a nutshell.

In stepped Ash, who was tasked with cleaning up said mess. On the field, the Scarlet Knights have to replace their best player on both sides of the ball. There will be questions about whether or not they have enough talent to be competitive in the B1G because of Ash’s limited recruiting time and players transferring.

As a result, expectations won’t be high for Ash in Year 1. If Ash can keep players out of the police blotter and sign top local recruits, his first year will be a success even if the team misses a bowl game. 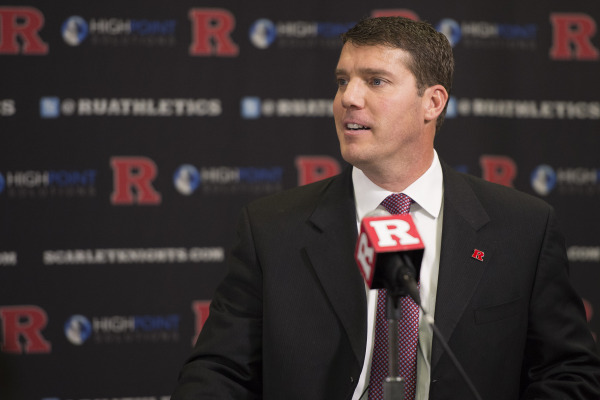 One of the biggest challenges facing Ash at Rutgers was getting New Jersey back. Fellow B1G East teams Michigan and Penn State set up shop in New Jersey. In fact, look at how many top-10 recruits in the state went elsewhere from 2014-16:

How many did Rutgers land in that stretch? Zero. That’s right. In their own state, the Scarlet Knights didn’t get one of the 10 best players for three straight years.

Ash, in his few short months on the job, has already rolled past that embarrassing mark. Nine of his 11 commitments for the 2017 class are from New Jersey. Two of those recruits are ranked in the top five in the state, including four-star offensive tackle Micah Clark.

Ash could easily land two more four-star New Jersey recruits in Fred Hansard and Markquese Bell. That would challenge the 2012 class, which was highlighted by Darius Hamilton and Leonte Carroo, as Rutgers’ most talented group since recruiting rankings became a thing. That’s huge for Ash in his first 12 months in Piscataway.

What could get him fired — Another scandal. That’s basically it.

But Ash is ahead of Purdue coach Darrell Hazell because he already did more to improve Rutgers’ brand in his short time. Ash also has 10 more 2017 commitments than Hazell has.

Will Ash improve Rutgers’ four-win total in his first year? Maybe not. If he turns the Scarlet Knights into a six or seven-win team in his first year, expectations — and his national perception — will skyrocket. Ash is laying the foundation in 2016, but make no mistake about it. It’s a rebuild, and it’ll take time.