With the first weekend of the B1G season less than two weeks away, Rutgers has finally released its roster for the 2020 season.

Last week, head coach Greg Schiano told the media that a roster would be provided on Monday, and that it was likely a depth chart would be released the following week. So, even though we know who’s suiting up for the Scarlet Knights this fall, we’ll have to wait another week to see what the two-deep looks like.

Rutgers is coming off a 2-10 season in 2019 and has not won a B1G game since the 2017 season. But the Scarlet Knights made a change to its staff, terminating Chris Ash midway through last season and hiring Schiano at the end of the year.

Because of the circumstances, Schiano and his new staff members did not get much time with players until this fall. Could that mean the program is in for a rough season in Year 1 of the new era?

Rutgers is scheduled to open the 2020 season against Michigan State on Oct. 24. Below is the roster: 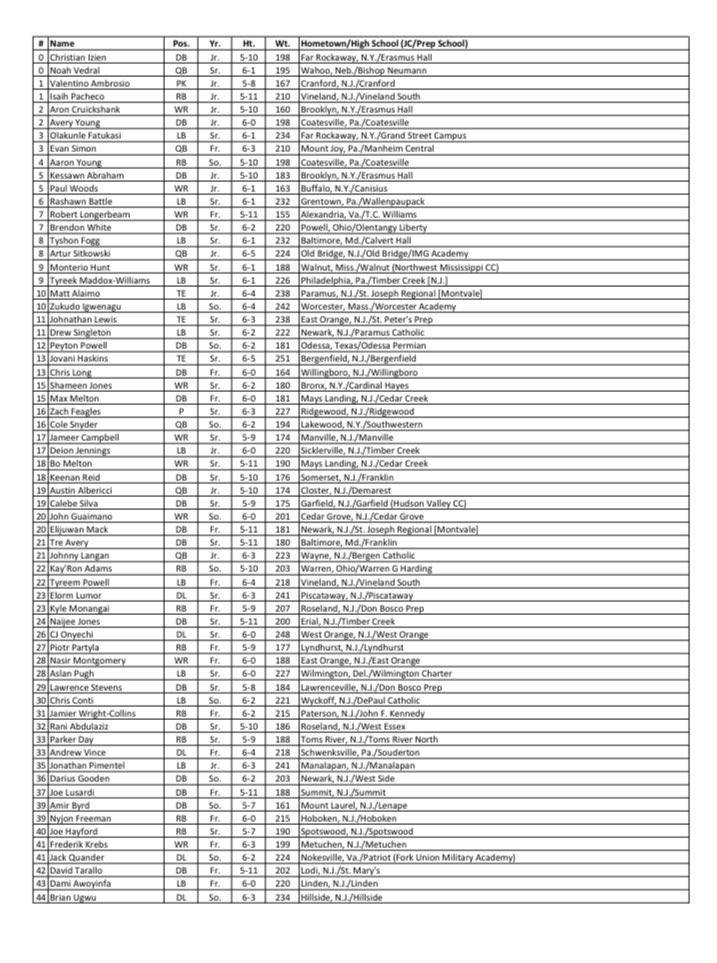 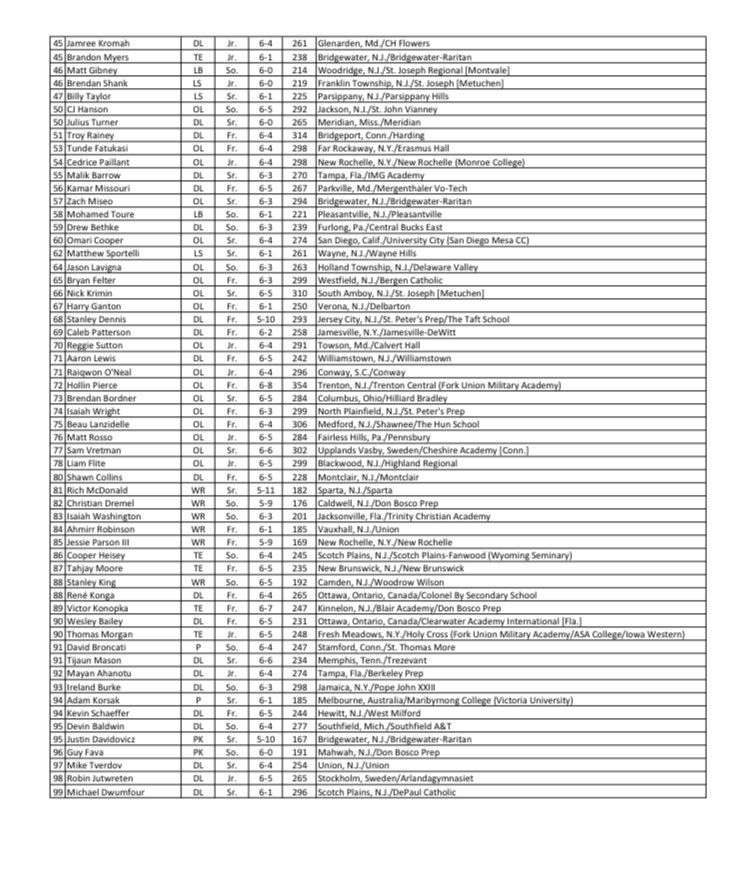