For the next two weeks, we’ll be taking a look at where each B1G team needs to improve and answering pressing questions this offseason. For some it’s establishing depth, and for others, it’s learning a new system. Whatever it is, each team has at least five things to take care of before 2016 kicks off.

-Pick a QB and stick with him

In the previous coaching staff’s defense, they did this. It just didn’t appear to be much of a competition like they said it was. This time around, a true competition figures to unfold.

Chris Ash said that he believes the competition is even, though Chris Laviano might’ve had gotten a boost from his spring game performance. Hayden Rettig will have a chance to win the starting job. For some fans — the same ones that Laviano cursed at in a postseason Instagram post — that has to be good news.

RELATED: Rutgers, Maryland to have game at Yankee Stadium

But the 2016 starter will hopefully be determined by how each treats this offseason. Rettig has received rave reviews for his improvements, which could delay a public announcement of a starter until the end of fall camp.

But given the fact that Drew Mehringer is implementing a new system, it might not be the best idea — at least privately — to name a starter too late. The more reps the starter can get with the first-teamers, the better.

There might not have been a B1G player more valuable to his team than Carroo was in 2015. The team’s all-time leading receiver was the lone elite target and he still didn’t see a dip in his production when he was on the field. With Carroo gone, now Rutgers has to find a new deep threat/intermediate route/safety valve guy.

More known as one of the nation’s best returners than as a go-to receiver, Grant could definitely become both. He showed that in the spring game when he had 11 catches for 140 yards. That’s No. 1 wideout stuff. Who cares if Grant doesn’t necessarily have the prototypical size of a top receiver? At the hybrid slot/H-back role, he can make plays in the open field and he gives defenses something serious to gameplan for.

Rutgers has to find consistent secondary options. Andre Patton could be one. Carroo sang his praises by saying that if not for his kidney injury in 2014, he would’ve been Rutgers’ No. 1 option. If the spring game was any indication, the 6-3 senior appears to be back to 100 percent. That’s big for whoever starts at quarterback. Fifth-year senior Carlton Agudosi is also a big-bodied wideout who could serve as a jump-ball target.

The loss of Carroo is major, but Rutgers could be much better prepared to handle his absence this year. 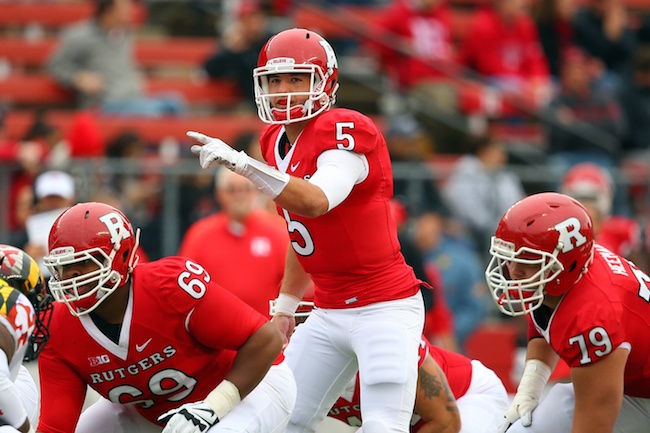 Any first-time offensive coordinator has major work to do in his first offseason. The 28-year-old Mehringer is no exception.

Rutgers is switching to spread offense. Even at a place like Rutgers, where they’ve had seven offensive coordinators in as many seasons, it’ll be a major change. All of the previous coaching staffs used a variation of a pro-style offense. That means seniors will be making their biggest adjustments yet.

RELATED: Rutgers break out running back challenge in practice

That’s not an easy thing to do. Rutgers is very upperclassman-heavy at the skill positions. Protections are new, reads are new and the pace is new. That takes getting used to before getting ready for game speed.

Part of this is about believing in Mehringer’s system. A new, young coordinator probably still has trust to establish among the veterans.

It’ll be interesting to see how quickly things click for Rutgers. It lacked an offensive identity throughout most of 2015 because of a combination of injuries, suspensions and falling behind early in games. Will Mehringer put his stamp on the offense and improve its 86th ranking nationally? This summer will set the tone for that.

It’s a bit of an unfair generalization that we sometimes create in football. A guy on a weak defense can’t be considered a strong player, at least not by national standards. But Steve Longa was indeed a strong player. The guy racked up 117 tackles in just 11 games. The B1G’s leading tackler was fifth in the country in solo tackles.

Unfortunately for the Scarlet Knights, Longa left early for the NFL. There’s a major hole in the middle of the defense. Longa had five times as many tackles as the three projected 2016 starters COMBINED. In fact, all three starting linebackers from 2015 are gone. That’s a scary thought.

Rutgers will need some new guys to do the dirty work. Converted wide receiver Najee Clayton is projected to start at linebacker after spending his true freshman season as a safety. He has the athleticism to make plays all over the field at the strong side linebacker position.

But there are question marks at the other two spots. A mix of Isaiah Johnson, Trevor Morris, Deonte Roberts and Brandon Russell will battle in fall camp for snaps. Those guys had a combined 24 tackles and one start in 2015.

On the plus side, Ash did implement his rugby-style tackling. Some credited that with fueling Ohio State’s national title run in 2014. The new style should yield a significant improvement for a defense that ranked 111th in FBS in total defense. 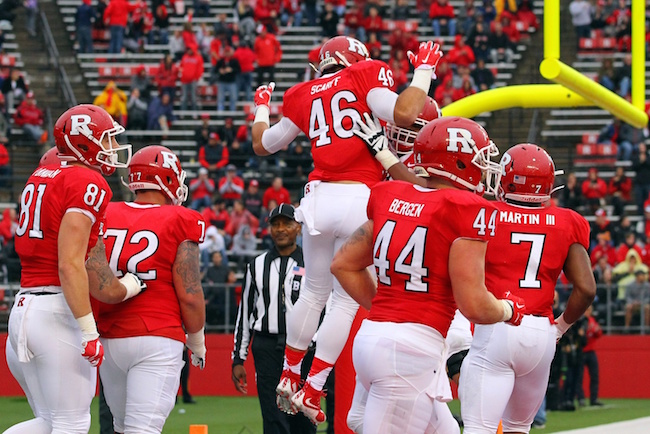 To a casual college football fan, taking on the Rutgers job after the Kyle Flood/Julie Hermann mess seemed unappetizing. There’s plenty of cleaning up — still — for Ash to do, but there’s major recruiting potential if that happens. This summer is key for that.

Two of the top-five rated recruits in New Jersey are already committed to Rutgers. The other three — they’re four-star recruits — all have significant interest in the program, including the state’s top recruit, Drew Singleton. He just so happens to attend Paramus Catholic, which is where Michigan landed former five-star recruits Jabrill Peppers and Rashan Gary, not to mention the high school’s former coach, Chris Partridge.

RELATED: Chris Ash’s joint satellite camp with OSU is another sign that he gets it

This is an important period for Ash to establish a border on his state, which is small in size, but rich with talent. Too many powerhouse programs are plucking kids in Rutgers’ backyard. With limited time and turnover during the 2016 recruiting season, Rutgers missed out on all 10 of the state’s top recruits, eight of whom went to other B1G schools.

This summer has to be about nixing that trend. If Ash is going to turn Rutgers around, it starts by getting Jersey back.