Jordan Addison’s transfer to USC is one of the biggest stories of the college football offseason.

To the surprise of many college football fans and media members, Addison entered his name into the NCAA transfer portal in May 2022 after a standout 2021 season at Pittsburgh (100 catches, 1,593 yards, 17 touchdowns).

Even before Addison entered the portal, there were reports that the Biletnikoff Award winner was leaving Pitt because of NIL opportunities at USC. After considering other transfer destinations, including Texas, Addison ultimately landed with the Trojans to play for Lincoln Riley.

Gerry Hamilton, a recruiting insider for On3Sports, recently posted on On3’s Inside Texas forum that Addison “has been pissed in recent weeks because what he was promised hadn’t been followed through on.” A screenshot of Hamilton’s post made its way to Twitter, bringing it to the attention of many non-Texas fans.

Addison, however, says that’s not the case. In a since-deleted tweet, Addison called an aggregated report “fake news.” Addison quote-tweeted a Bro Bible post linking to an article recapping the transfer and Hamilton’s report. 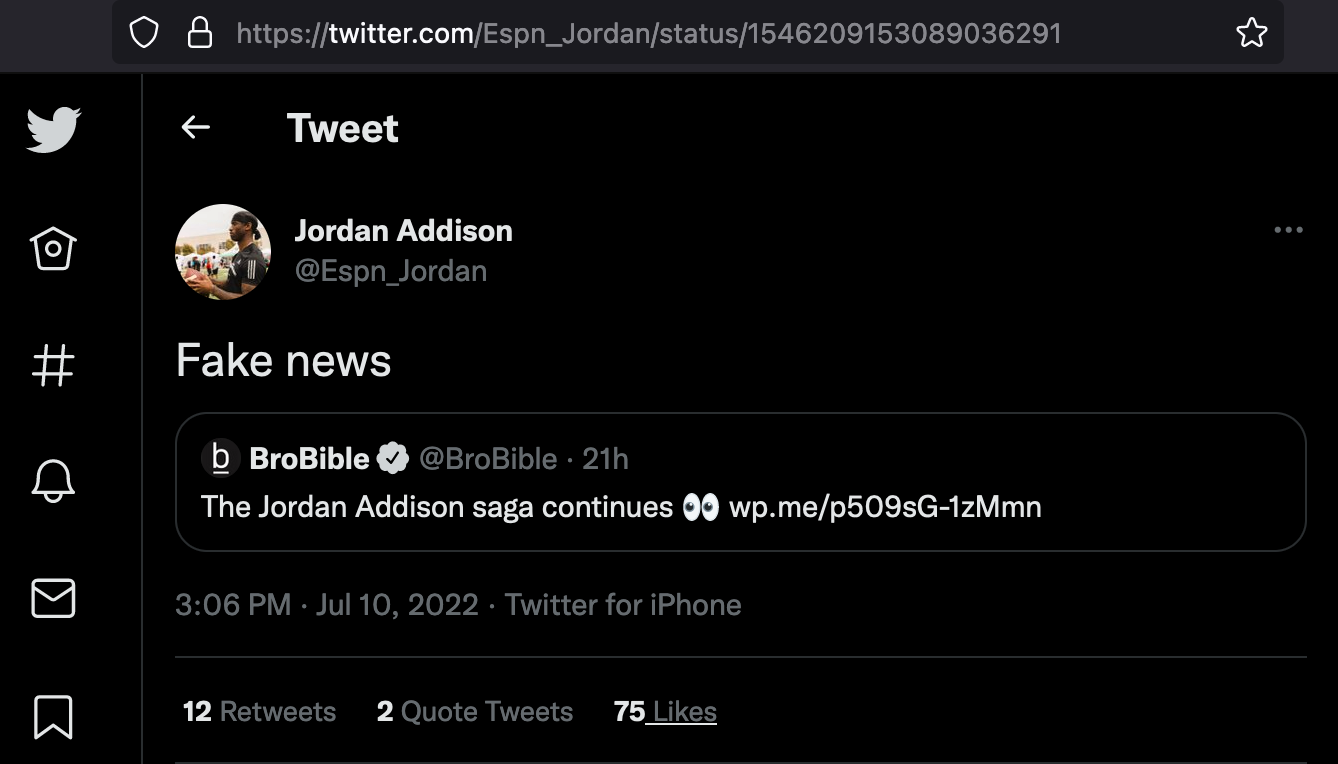 Even though Addison deleted the tweet directed at Bro Bible, it appears the star wide receiver is all set to continue his career at USC, welcome news for Trojans fans.