The Wisconsin Badgers were seven points away from playing in the College Football Playoff. Now, they’ll head to Miami and participate in the Orange Bowl. And down in South Beach, Wisconsin will be taking on the Miami Hurricanes on Saturday, Dec. 30. The game is set for a 8 p.m. ET kickoff.

Here are five things to know about the Hurricanes, who finished first in the Coastal Division of  the ACC with a record of 7-1 in league play and 10-1 overall.

Miami was in the playoff hunt for most of the year

Like the Badgers, the Hurricanes were in the playoff hunt for most of the season. In fact, Miami rose all the way to No. 2 in the polls after a 41-8 victory over the Notre Dame Fighting Irish. But then the Hurricanes’ playoff chances faded after falling to the Pitt Panthers in their regular season finale, and getting steamrolled by the Clemson Tigers in the ACC Championship.

Alex Hornibrook might be in for a long day

Miami’s defense loves to bring the pressure. It creates a lot of havoc and it has shown on the stat sheet. On the year, the Hurricanes are tied for second in the FBS with 43 sacks. Plus, eleven different players on the roster have recorded at least two sacks this season, led by three defensive lineman: Trent Harris (8.5 sacks), Joe Jackson (6.5 sacks), and Chad Thomas (4.5 sacks). So, Wisconsin quarterback Alex Horninbrook might be in for a long day.

This will basically be a home game for Miami

Wisconsin is playing a true road game for this bowl as Miami plays its home regular season contests Hard Rock Stadium, which is open to the Orange Bowl. So, the Badgers will also have to battle the Hurricane’s familiarity with the site.

The seating capacity for a football game is 64,767.

Quarterback Malik Rosier is struggling heading into this game

All season long, Miami quarterback Malik Rosier was fantastic for the Hurricanes. That is, except for the regular season finale and the ACC Championship. 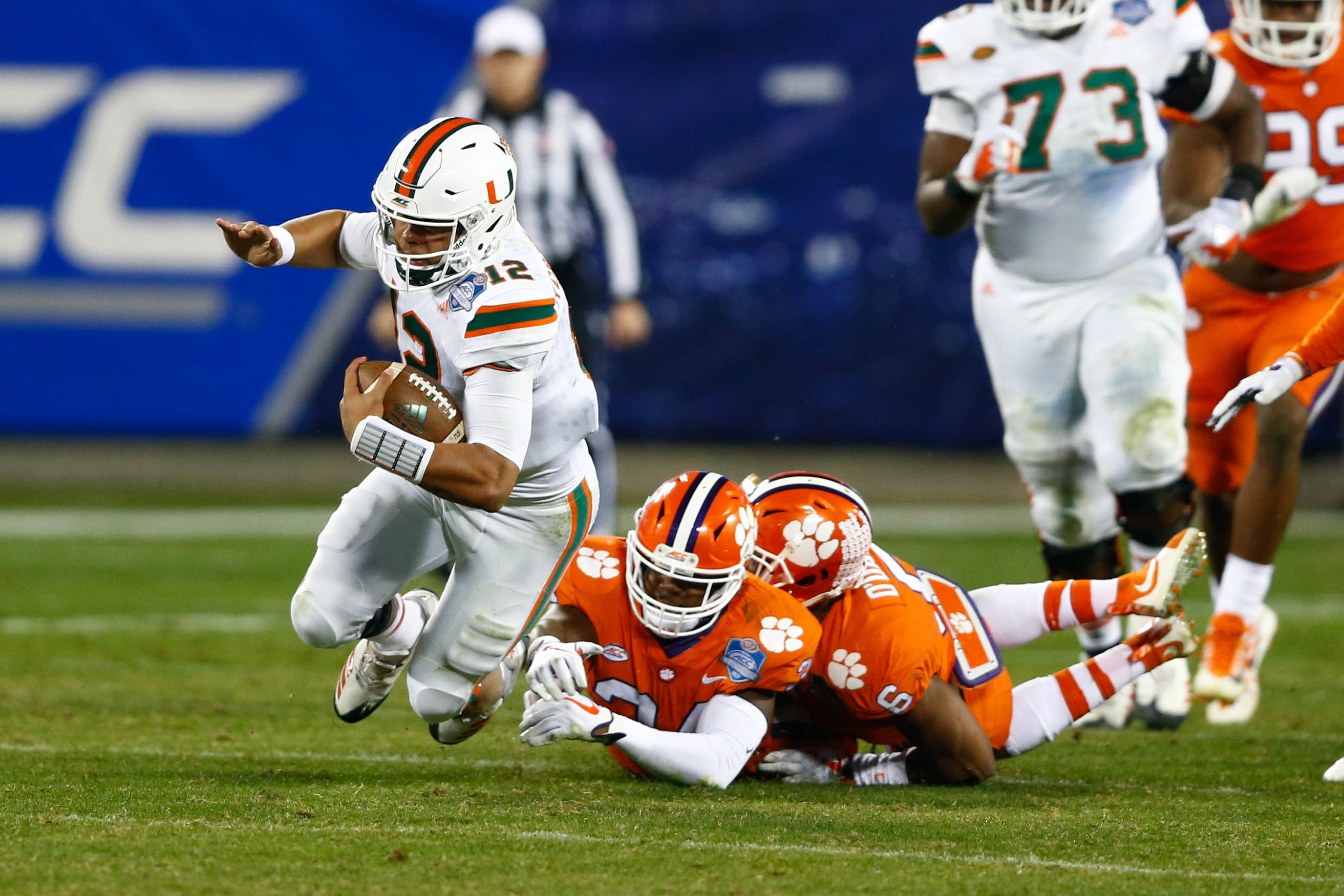 Against Pitt and Clemson, Rosier failed to complete even 50 percent  of his passes. Rosier completed a mere 44.1 percent versus the Panthers and eye gouging 48.1 percent against the Tigers. However, both of those games were on the road and Rosier has played much better at home this season.

While playing in Hard Rock Stadium, the junior signal caller has thrown for 1,740 yards, 15 touchdowns and six interceptions while completing 61.5 percent of his passes. So, expect Wisconsin to get the confident and deadly Rosier in this bowl game.

The all-time series between Wisconsin and Miami is tied at 2-2. The last time these two teams faced off against one another was back in the 2009 Champs Sports Bowl, with the Badgers winning 20-14.

In that game, Wisconsin relied on running backs John Clay and Montee Ball to carry the load. Clay ran the ball 22 times for 121 yards and two touchdowns, while Ball added 61 yards on 15 carries.

Miami quarterback Jacoy Harris didn’t throw a touchdown until 1:22 remaining in the game. After that score, the Hurricanes attempted and recovered an onside kick. However, they were unable to complete the comeback.