Tens of millions of dollars are at stake for athletic departments and universities across the country in regards to having a football season during the upcoming academic year. How much a school or department could lose if the sport isn’t played this year varies.

Wisconsin athletic director Barry Alvarez provided some insight on what it would roughly cost his athletic department if no football was played this year. And there’s no question, it’ll come at a hefty price tage.

In a statement released on Thursday, Alvarez estimated that Wisconsin could lose $100 million if there is no football season this year. Even with a conference-only schedule and limited capacity at Camp Randall Stadium, the department is projected to lose $60-$70 million.

The Badgers have an operating budget of approximately $140 million for the 2020-21 academic year.

“I believe we will reach a monumental crossroads in the coming days,” Alvarez said in his statement. “We will have two choices: remain at the head of the class or fall behind. Everything we pride ourselves on — competing at the highest level, developing world-class student-athletes and raising trophies — relies on our ability to financially support our student-athletes.”

So far, Wisconsin has attempted to limit expenses with voluntary pay reductions for some of the highest-paid staff members (15%) and halting a renovation to Camp Randall Stadium that was priced at $77 million.

While those have helped the department save some money, Alvarez acknowledged that it’s not nearly enough as the COVID-19 pandemic will continue to come with economic hardships.

“These steps have allowed us to avoid the tough decisions other schools have already had to make, like eliminating sports or laying off employees,” Alvarez stated. “We have taken many steps, but we will have to do much more.”

The B1G has yet to release a conference-only schedule for the upcoming football season or announce a start date for the fall. Those announcements are expected in the next few days.

Below is the full release from Alvarez. 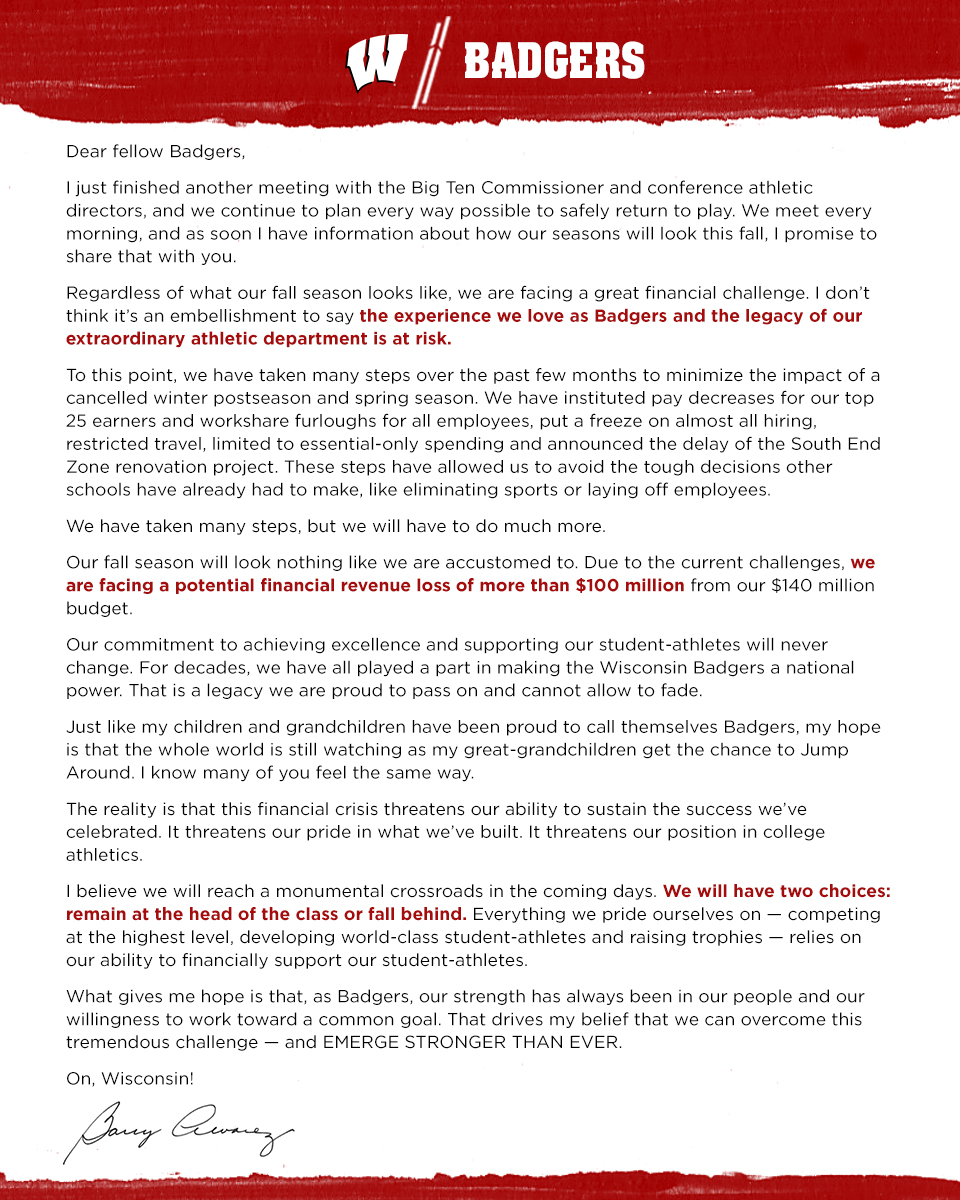