After Wisconsin hilariously broke the Duke Mayo Bowl’s trophy, the team came up with a very creative way to fix it in the locker room celebration.

The Badgers Twitter account for football released a video that shows some of the players putting a mayo container at the top of the trophy to celebrate the win:

Here’s the ingenious fix to the broken trophy: 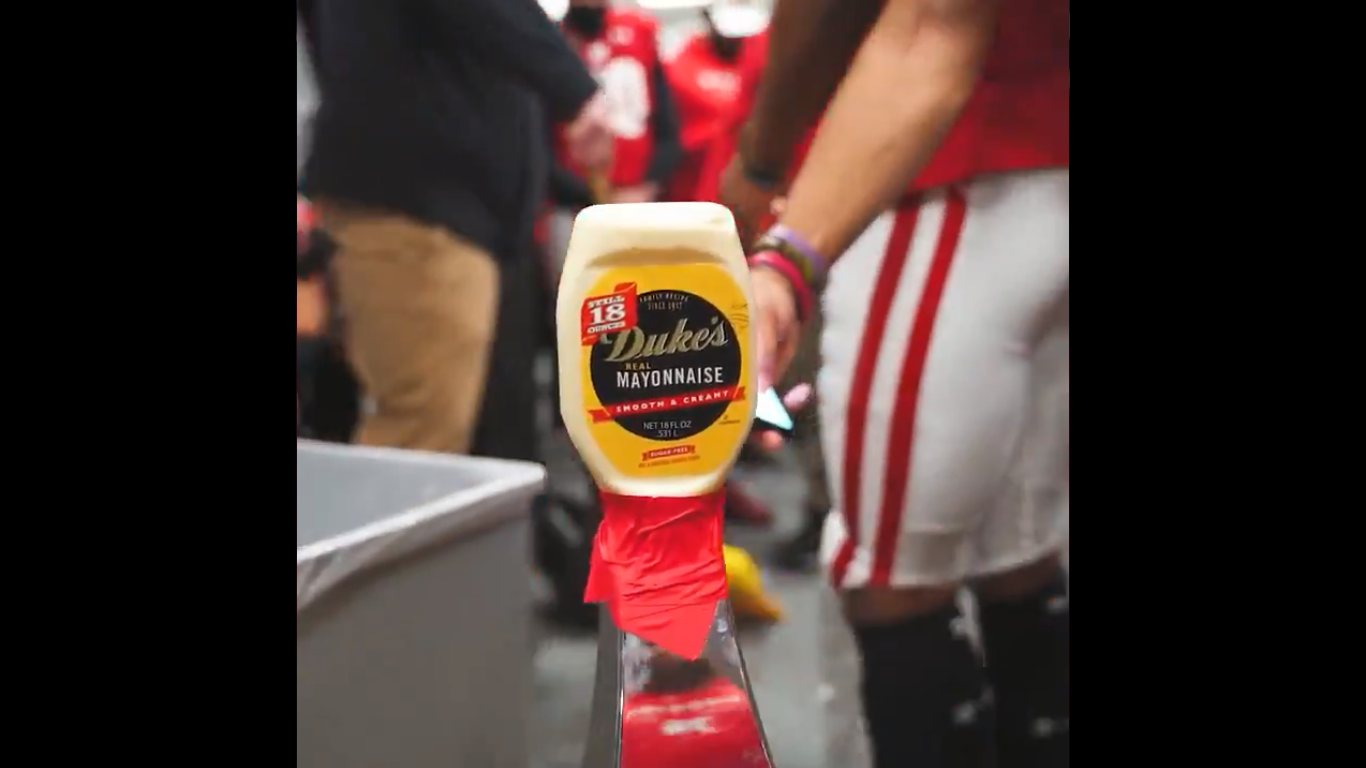 Before that happened, Wisconsin quarterback Graham Mertz was dancing with the trophy in the locker room when it shattered on the floor:

This is how Wisconsin broke its trophy 😂

Before this happened, Wisconsin won the bowl game against Wake Forest, 42-28 thanks to their defense getting four interceptions and their running game. The Badgers had five rushing touchdowns overall (two from Mertz) while their defense had interceptions on four consecutive drives.

The win got the Badgers to 4-3 to finish the season, which is great especially after the team lost three in a row after a 2-0 start. For Wake Forest, they finish their season at 4-5.

We’ll have to see if the Badgers have more bowl shenanigans like this next season (assuming they make one).