By escaping gauntlet start, Wisconsin puts all the pressure on Nebraska

I get it. You’re sick of hearing about Wisconsin’s schedule.

You get the fact that the Badgers faced FIVE top-10 opponents. You get that Wisconsin took on six teams that finished in last year’s final top 25 (not including undefeated Nebraska). You get that the Badgers were taking on a Northwestern squad that despite its slow start, played like a top-25 team in October. You probably heard about the Wildcats shutting out Wisconsin in Evanston in the 21st century, too.

Well guess what? That talk is now a thing of the past.

Wisconsin, somehow, survived its final major test of the 2016 regular season. With all due respect to Indiana, Purdue and Minnesota, but Wisconsin will be a heavy favorite in each of those final three games.

The Badgers did more than just end a 17-year drought in Evanston on Saturday. They put themselves in prime position to earn one more big showdown.

Now, the pressure is on Nebraska. 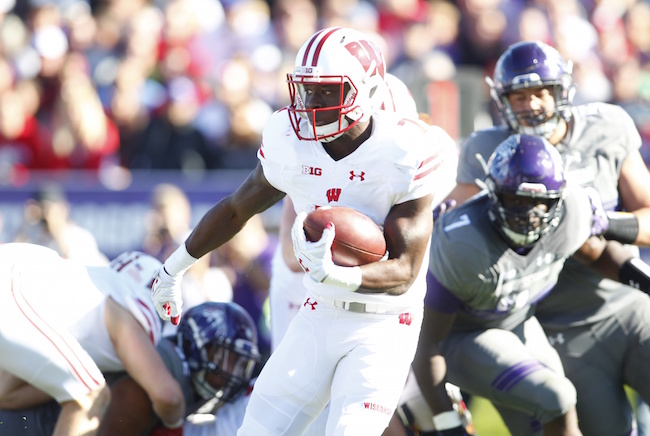 The Badgers got the highest ranking ever for a two-loss team in the first College Football Playoff poll. Everybody knows why.

Week in, week out, the Badgers dominate on the defensive end, no matter how talented their opponent is.

Why would that have been any different on Saturday? Well, there was a feeling that after losing by four to Ohio State, Northwestern was going to trip up the Badgers’ route to Indianapolis. In the Wildcats’ defense, they had their moments on Saturday. Austin Carr continued to look like the B1G’s best receiver and Clayton Thorson handled Wisconsin’s pressure better than most.

21-7 doesn't look that bad, but #Northwestern got its butt whipped today.

There’s a lot of truth to that. Wisconsin dominated the battle at the line of scrimmage. The Badgers finished with a 190-39 rushing advantage. Never mind the fact that Bart Houston ran backwards on the final series and lost 37 (!) yards to preserve the clock.

The Badgers did exactly what they did all year; stop the run, force long third downs and make a few key plays on offense. Two-loss teams that average 20 points per game aren’t supposed to be in the top 10.

But there are weekly reminders as to why this team is in the position it’s in.

The Badgers have a dynamic playmaker in Jazz Peavy who can run an end around against anyone in the country. He did that on Saturday.

They have arguably the B1G Defensive Player of the Year in T.J. Watt who always seems to make huge stops in key situations. He did that on Saturday.

Most importantly, the Badgers have a defense that just doesn’t break. It didn’t on Saturday.

That had all the makings of a trap game. Days removed from the first College Football Playoff poll and coming off the dramatic Nebraska win, some expected the Badgers to come out sleepy on the road. But Wisconsin didn’t exhale.

The Badgers will try not to exhale in the final three weeks, but even if they do, they’ll still have a good chance to run the table.

Saturday was a major swing game in the B1G West picture. A loss and the Badgers could’ve booked their tickets to Florida for the Outback Bowl.

Even with the favorable schedule, don’t expect the Badgers take their foot off the gas in the final three weeks. That’s not how Paul Chryst operates.

Finally, there don’t appear to be any major roadblocks on the road to Indianapolis.