Why has Wisconsin been so bad at Northwestern in the 21st century?

While the subject of ending droughts is at the forefront of the Chicago sports scene, there’s another drought lingering just off the coast of Lake Michigan.

Wait, you mean with all the 21st century success of the Badgers, they haven’t pulled out ONE win in Evanston? You mean to tell me that P.J. Hill, Montee Ball, Melvin Gordon or any of the other great Badger backs didn’t plow their way to a win in Evanston?

How could that be? 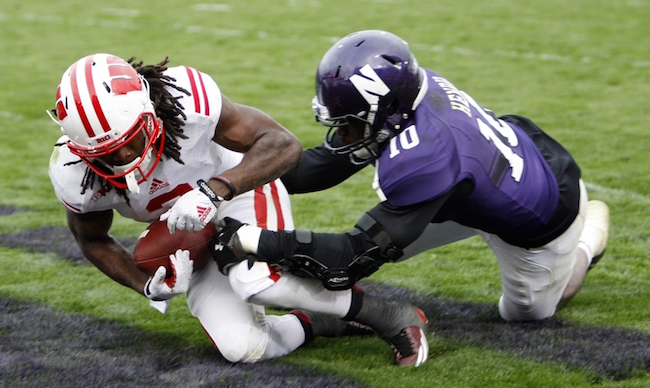 Wisconsin’s playoff hopes hinge on ending a drought that’s been an all-too-familiar roadblock.

It isn’t just a Pat Fitzgerald or a Barry Alvarez thing. Five different coaches partook in the streak. Bret Bielema couldn’t win in Evanston, and neither could Gary Andersen (too soon?).

All four meetings were decided by single digits. The only game in that streak that wasn’t was a 16-7 Northwestern win in 2003.

Some might’ve assumed that playing on a grass field would slow down the Badgers’ run-heavy offense. That actually hasn’t been the case. Even the passing game has looked decent in the four losses:

The Badgers hit 330 total yards in all four losses, and an average of 25 points isn’t great, but it isn’t dismal. And on the flip side, the Badgers held Northwestern to less than 21 points in two of those games.

The freshest memory of Evanston for Badger fans was watching Gordon’s 259-yard day go to waste because of four Wisconsin interceptions. Does that mean turnovers were the difference in those losses? Nope. In the other three games, the turnover battle was an even 5-5 split.

For the most part, these have been even games. Look at the box score after and you’ll see an area that could’ve been improved here, a few more third-down conversions there.

But there might be a source to Wisconsin’s struggles. It’s the obvious element one deals with when playing at Northwestern. It’s something the Badgers will deal with again on Saturday.

Maybe it’s the early kickoffs — only two of the four were 11 a.m. kickoffs — but the Badgers haven’t ever been able to get rolling early. In the four losses, Wisconsin scored just seven first-quarter points (1.75 points per first quarter). And the one time they did score in the first quarter, the Badgers surrendered 41 (!) second-half points.

Historically, the Badgers aren’t built to rally back from deficits. This year’s team, with its two-quarterback system, would much prefer to rely on the ground game while operating with a two-possession lead.

If the first eight games were any indication, the Badgers will be in good shape to get out to a much better start in Evanston. Wisconsin allowed just six first-quarter points all season. To put that in perspective, Michigan, with its top-scoring defense in the country, surrendered 28 first-quarter points this season.

And amazingly enough, Wisconsin accomplished that feat against four teams in the current top 13.

Continuing that streak against a Northwestern offense that averaged 34 points per game in October won’t be easy. Coming off an emotional primetime victory against No. 7 Nebraska, the Badgers could get a major wakeup call if there’s any hangover.

Will this be another game that stops the Badgers from reaching their desired postseason destination? Who knows? A College Football Playoff berth doesn’t happen for the Badgers without their first 21st century win in Evanston.

Fortunately for Wisconsin, it hasn’t been the best week for long-standing droughts.