It seems cliché, but the feeling is that nobody has any idea what to expect on Thursday night in Philadelphia. We could be in for a wild NFL draft filled with surprises from start to finish.

In spirit of that, here are 20 bold B1G predictions for this weekend:

1. No B1G player is picked in the top six

My thinking — Marshon Lattimore and Malik Hooker are the two guys who could go in the top five, but I don’t see that happening. Durability and experience have been the knocks on both of the talented Ohio State defensive backs. Right or wrong, I see Jamal Adams is the only defensive back coming off the board in the top six.

2. Malik Hooker is the first B1G player off the board

My thinking — Hooker to the Chargers at No. 7 just makes too much sense. It worked out pretty well when they took an Ohio State defender in the first round last year.

My thinking — You’re thinking to yourself, wait, are you saying Mitch Leidner gets drafted? No, though I’m not saying Leidner can’t hang around in the NFL, either. I’m saying that in addition to C.J. Beathard coming off the board on Day 3, I think someone takes a chance on Wes Lunt. He has the ability to make all the throws, and given Lovie Smith’s NFL connections, I think Lunt gets a surprise late selection.

My thinking — In the final half hour of the draft, the first Purdue player will come off the board. My money is on the underrated DeAngelo Yancey, who put up big numbers without much help around him the last two years. 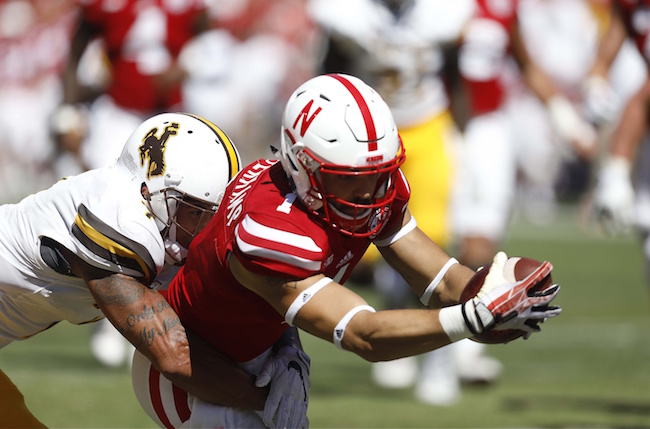 5. Jordan Westerkamp gets drafted…but not by the Patriots

My thinking — Westerkamp deserved a combine invite. There’s not much room for error for a 5-11 receiver, but his knee injury hurt him in the pre-draft process. Flip on the film and you’ll see a better athlete than advertised. Couple that with his countless highlight reel plays and I think someone — let’s not all assume New England — takes a chance on Westerkamp in the slot.

6. Austin Carr also gets drafted…in the fifth round

My thinking — Speaking of B1G slot receivers who were overlooked in the pre-draft process, Carr didn’t get much respect the last few months. I think that changes this weekend. As our friends at Pro Football Focus noted, Carr delivered the best individual performance of any B1G player in a conference game in 2016, and that was against Ohio State’s loaded secondary. Sign. Him. Up.

7. Jabrill Peppers gets drafted in the second round by a team with — wait for it — a plan for him!

My thinking — So this crazy notion has been going around that someone will roll the dice on Peppers in the first round and expect him to be a typical Day 1 starting safety. Believe it or not, NFL teams are smart enough to know that Peppers wasn’t a normal defensive back. He has strengths and weaknesses like any player, though his are certainly more magnified. Let’s trust that whatever team drafts Peppers — the dilute sample could bump him into the second round — will have a clue how to maximize his talents and make sure a multi-million dollar investment isn’t wasted.

My thinking — To clarify, I think both players come off the board in the second round. Wormley strikes me as a guy who could rise and be a safer pick because of his versatility. There are still too many question marks surrounding McDowell. The talent is there, but off-the-field concerns could make him one of the last players left in the green room. At this time last year, nobody would’ve predicted that Wormley would come off the board before McDowell.

My thinking — Yes, this draft lacks elite offensive line talent. Ramczyk is believed to be one of those few top guys, but the combination of his labrum injury and his one real season of tape could cause him to slip to the back end of the first round. As for Watt, I can’t see the Packers letting him get past No. 29. That would certainly appease the Badger faithful. 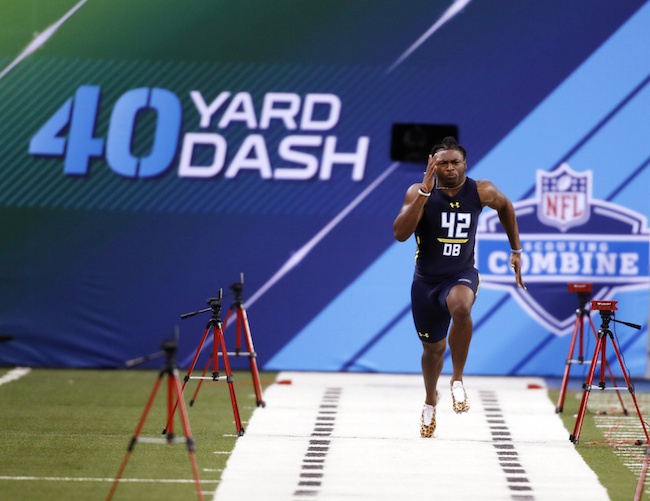 10. Jalen Myrick is drafted in first half of Day 3

My thinking — Yes, it has something to do with the record-breaking 40 time. How could it not? Myrick’s speed caused NFL teams to take more notice of him. The fact that Minnesota has turned into an underrated NFL defensive back factory will also help. Myrick comes off the board in Round 5.

11. Desmond King and Jourdan Lewis mistakingly slip into Round 3

My thinking — Had they come out last year, King and Lewis both could’ve been late-first round guys. But it’d be a big surprise if one of the childhood friends went off the board on Night 1. For different reasons, I don’t think either will be picked in Round 2, either. Many are still wondering if King is better at corner or safety. Lewis has his pending domestic violence case, which won’t go to trial until two months after the draft. Still, watch both of these guys develop into solid NFL starters.

12. George Kittle is drafted ahead of Jake Butt

My thinking — If both are at 100 percent, Butt is a second-round pick at worst. But with the knee injury, I think Butt slips into the third day. Kittle’s combine shed some light on just how impressive his skill-set is for his size. The Iowa tight end slips into the front end of the fourth round just ahead of Butt. 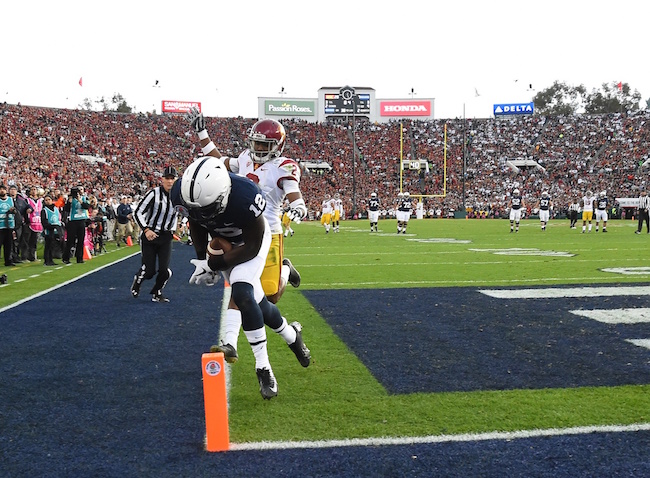 13. Chris Godwin — not Curtis Samuel — is first B1G receiver off the board

My thinking — Godwin is a bit of rare breed in this draft. He’s one of the few big-bodied downfield threats in the class. Combine that with his impressive combine performance and it’s not crazy to think he could sneak into the second round. Samuel, while explosive and versatile, might not have the market that Godwin does. Both come off the board in the second round, but Godwin gets picked slightly ahead of Samuel.

My thinking — How could the Jets punt on their second-round pick from a year ago after they treated him with kid gloves his whole rookie season? I’m guessing they don’t really want to draft Mitchell Trubisky at No. 6, but they get the Browns to trade up and pick him. If they do pick a first-round QB, they’ve already given up on Hackenberg.

My thinking — You better believe there’s a Michigan vs. Ohio State competition this weekend. The Buckeyes’ record of 14 players drafted in 2004 will be tied by Michigan this year. In the seventh round, Kalis will be the one to tie that mark. Here are all the Wolverines who will hear their names’ called:

16. Rutgers doesn’t get left out

17. No B1G running backs will be drafted until Round 6

My thinking — Sorry, Corey Clement and De’Veon Smith. Something tells me that if Jordan Howard didn’t even come off the board until Round 5 last year, those two guys won’t crack the first five rounds.

My thinking — On the surface, it’s bold to predict that a three-win Illinois team would have more players drafted than the B1G champs. In reality, it’s not that bold. It wouldn’t be surprising if Godwin and Garrett Sickels were the only Lions drafted (though Brandon Bell is worthy). Carroll Phillips and Dawuane Smoot are locks to be drafted. Hardy Nickerson, Chunky Clements and Lunt are all borderline. I already predicted Lunt will be drafted, so I guess I’m doubling down.

My thinking — Dan Feeney, Will Likely, McDowell, Myrick, Yancey and Cioffi will have something in common Saturday. They’ll all be the lone representatives drafted from their respective teams. That would mean Redding, Montae Nicholson and Damarius Travis all go undrafted.

Last year, the B1G posted an impressive 47 draftees. Michigan and Ohio State could easily contribute half of that total. Add in Iowa and Wisconsin, which should combine for 9 or 10 draftees, and that’s already a total in the mid 30s from four B1G teams. Between the other 10 B1G teams, there should still be at least 14 or 15 prospects that come off the board. Call me crazy, but something tells me this number will continue to rise with a 14-team conference.