Good morning and happy Monday! The College Football Playoff field is set and conference champions have been crowned! Now, as other bowl games begin *checks notes* … oh, wow, they begin today! The Myrtle Beach Bowl between Appalachian State and North Texas will kick off at 2:30 p.m. Eastern time on ESPN. Then, there are two more bowl games on Tuesday and two more on Wednesday.

But, before we dive fully into bowl season, we need to discuss a few hot-button issues. So, for today’s newsletter, we’ll dive into some reaction to the College Football Playoff field, ask some questions about Ohio State’s resume and then take a look at some of the great uniforms from Championship Weekend. Let’s get started, shall we?

The College Football Playoff field is set. Did the CFP committee get it right?

The College Football Playoff field was revealed on Sunday, and it wasn’t too full of surprises. Alabama was the No. 1 overall seed after winning the SEC Championship Game over Florida in thrilling fashion on Saturday night. Clemson was the No. 2 seed after a beatdown of No. 4 seed Notre Dame in the ACC title game tilt and Big Ten champion Ohio State made the field as the No. 3 seed.

So, did the CFP selection committee get it right? Picking only four teams always leads to some drama, so let’s take a look at some of the reactions to Sunday’s revelation of the Playoff field:

So, who will win this year’s Playoff? That’s anyone’s guess at this point, but the semifinal matchups are set and should be entertaining. Can anyone stop Alabama’s offense? Will Trevor Lawrence put the finishing touches on a wonderful college career? We’ll find out soon enough!

We’ve officially made it to the end of the regular season, and it finished with a bang during Championship Weekend. We saw some incredible individual performances and some big-time numbers lighting up scoreboards around the country.

So, which players have been the best of the best when it comes to accruing important stats? Here are the players who lead the nation in nine key statistical categories (via CFBStats.com):

How many of those guys will play during bowl season? Will we see some more high-profile opt-outs from guys not playing in the Playoff? We’ll find out over the next few days!

Ohio State received the No. 3 spot in the College Football Playoff rankings. Did the Buckeyes earn the bid? 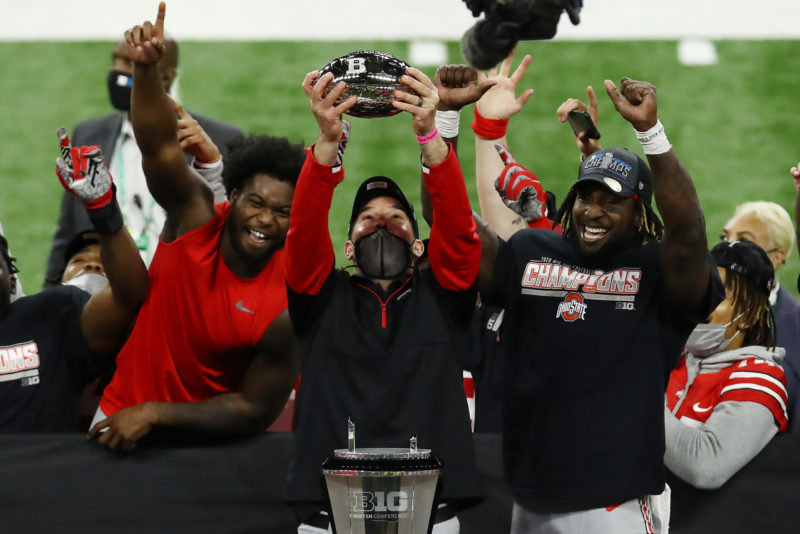 The drama was essentially over on Saturday afternoon. After Ohio State defeated Northwestern 22-10 in the B1G Championship Game, thanks in large part to Trey Sermon’s record-breaking day on the ground, the Buckeyes seemed to have locked up a spot in the College Football Playoff less than 24 hours before the selection show aired on ESPN.

Beliefs turned into reality on Sunday, when the Buckeyes came in at No. 3 in the final College Football Playoff rankings. Their position sets up rematch against No. 2 Clemson from last year’s Fiesta Bowl, a game the Tigers won in impressive comeback fashion.

Ohio State has been scrutinized pretty heavily because it only had to play 6 games during the 2020 season. Other teams in other conferences played nearly double that total. So, the question must be asked: Did the Buckeyes deserve a spot in the College Football Playoff?

In addition to learning that it would be returning to the College Football Playoff for a second-straight season, Ohio State received more good news when the B1G decided to change its COVID-19 protocols from a 21-day absence to 17 for players who test positive. Ryan Day said during his interview on ESPN that “a good amount” of the 22 players who missed the B1G Championship Game would be able to return for the Sugar Bowl based on the new timeline. Will it make a difference against a tough Clemson team? We’ll find out on New Year’s Day!

Championship Weekend brought out some great uniform combinations. Who wore it best? 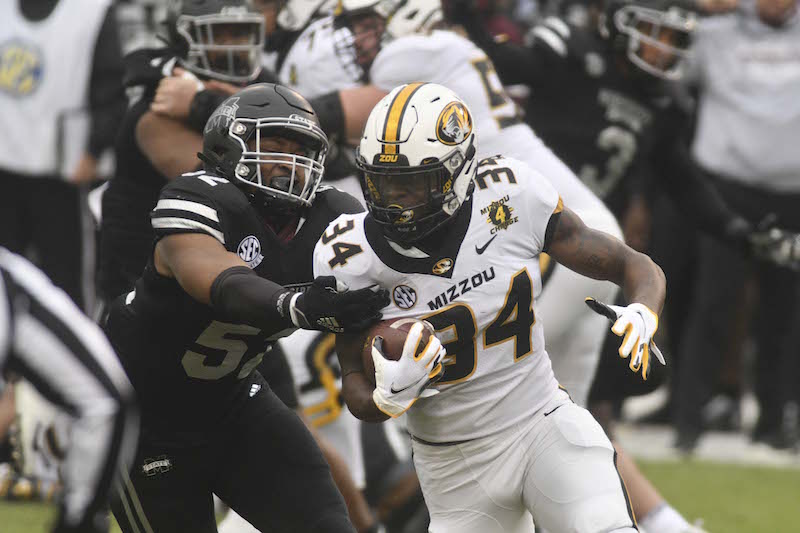 It was Championship Weekend around college football, but those weren’t the only games on the schedule, as other teams wrapped up their regular-season slates, as well. With one more chance for a lot of squads to show off some uniforms, there were indeed some great looks featured this week.

So, which teams wore it best over the past few days? Let’s take a look at some our favorite uniform combos from the week:

With only bowl games left on the schedule, that’s a wrap for the uniform talk section of the newsletter! We hope you’ve enjoyed our recaps of some of the best uniform combinations of the year. We’ll be back next year, and we’re sure there will be plenty of great jerseys and helmets featured in 2021, too!

The three teams that have scored more than 50 points in a College Football Playoff game are:

And, the two teams that have been shut out in CFP semifinals are:

Will we see any shutouts or 50-point performances this year?

“That was bad clock management on my part. We should have had it ready to go for two. Our thought, though, is we’re going for two right there, we’re going to try the onside kick. We’re here to win. Would have given us two two-point conversions. If we didn’t get the first one, we’d have to get the second one to tie. If we got the first one, all we needed there was an extra point to win the game at the end. That was the thought process to go for two.

“That was a bad job by me, we had to use that timeout there. Would have loved to have that timeout and given us an extra 40 seconds of the ball to try to get the and-one touchdown.”

– Florida coach Dan Mullen took the blame for some bad clock management late in the SEC title game. The Gators scored with 2:07 left in the fourth quarter to cut Alabama’s lead to 52-44. Instead of kicking the extra point, the Gators called a timeout and went for a two-point conversion. That timeout proved to be costly, though, as the Gators only had 26 seconds left to try to mount a last-ditch scoring effort to win the game.