Good morning and happy Wednesday! We’re less than a week away from the College Football Playoff title game between Alabama and Ohio State. And, last night, the 2020 Heisman Trophy was awarded. Meanwhile, there are some big-time coaching rumors dominating the sport at both the college and NFL levels.

In today’s newsletter, we’ll break down all things Heisman. Then, we’ll discuss some coaching rumors involving Big Ten coaches potentially making the jump to the pro ranks. Finally, we’ll take a look at Alabama’s search for a new offensive coordinator to replace the outgoing Steve Sarkisian. Let’s get started!

DeVonta Smith became the first WR to win the Heisman since Desmond Howard. How did he break the QB streak? 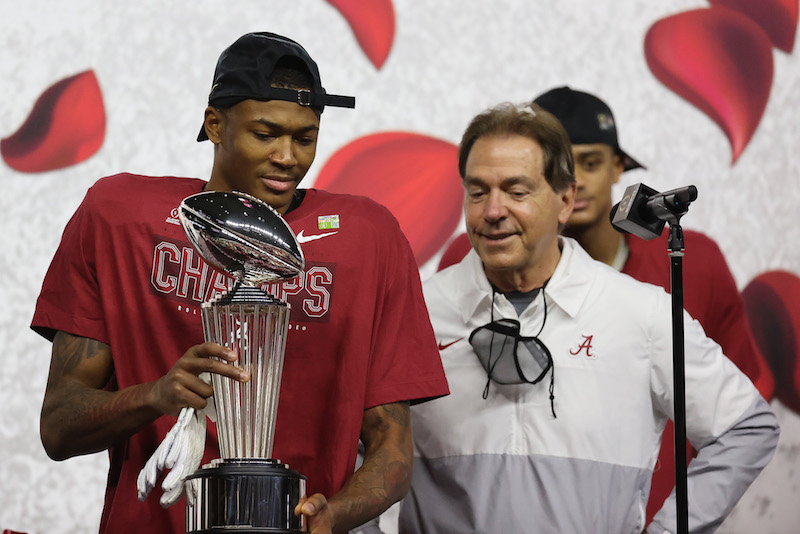 On Tuesday night, Alabama WR DeVonta Smith did what no receiver this century has done — win the Heisman Trophy. Smith won the prestigious award over a trio of quarterbacks in Alabama’s Mac Jones, Clemson’s Trevor Lawrence and Florida’s Kyle Trask. Smith’s numbers speak for themselves. He led the nation with 105 catches, 1,641 receiving yards and 20 touchdowns. That’s simply incredible.

So, how did we get here? How did Smith become the first receiver to win the Heisman since Michigan’s Desmond Howard in 1991? Let’s take a look at Smith’s outstanding season and Heisman victory:

It has been a special season for Smith, but the best honor could be yet to come. Both Smith and Jones have said all along that a national championship is their No. 1 goal. They’ll get that opportunity on Jan. 11 when they face Ohio State in Miami. Can Smith add to his growing trophy collection?

Multiple Big Ten coaches have been rumored as potential candidates for NFL jobs. Will any make the leap? 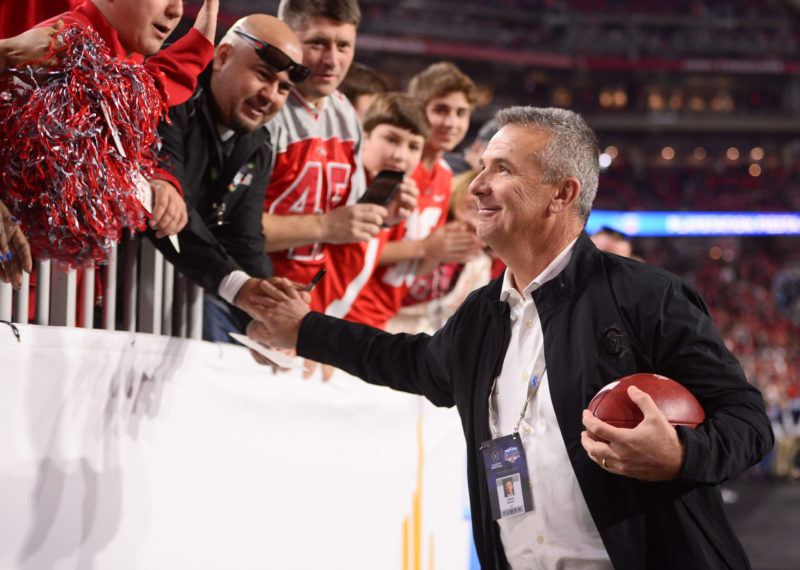 Rumor season has arrived. We’ve reached that point in the year when names of prominent head coaches at the college level begin to surface as potential candidates for NFL jobs. This year, there is no shortage of Big Ten coaches who are reportedly being targeted by front offices at the professional level.

Five current and former Big Ten names have been tossed around as candidates for NFL jobs. Who are they, and what are the odds any of those coaches make the jump to the professional level?

Will any of these Big Ten names make the leap to the next level and give the NFL a shot? We’ll likely know sooner rather than later.

Alabama OC Steve Sarkisian won the Broyles Award this year. The award is given annually to the top assistant coach in college football. So, for today’s quiz, can you name the 10 coaches who won the prestigious award from 2010-2019?

Who will Nick Saban turn to as Alabama’s new offensive coordinator? Some interesting names are in the mix. 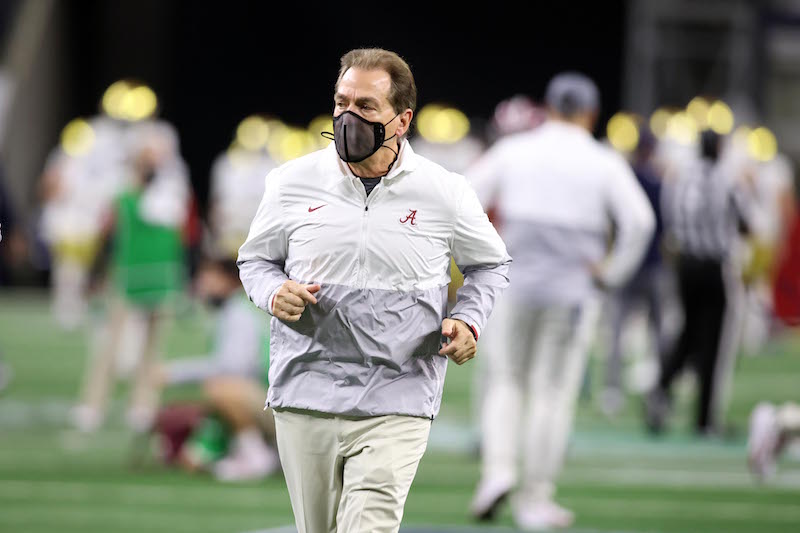 The Alabama Crimson Tide are gearing up for the College Football Playoff title game on Jan. 11 (hopefully, barring some ongoing COVID-19 issues at Ohio State), but after that, they’ll have a big hole to fill. That’s because current OC Steve Sarkisian will coach his last game with the Tide before heading off to Austin to become the head coach of the Texas Longhorns.

So, the question now becomes — who will Nick Saban turn to as Alabama’s next offensive coordinator? Well, some interesting names have entered the mix. Let’s take a look at the search in Tuscaloosa:

There are going to be some major changes to the coaching staff heading into 2021, particularly on the offensive side. We’ll see who the next coordinator ends up being, but whoever it is will have plenty of talent to work with. First, though, Sarkisian and his high-powered offense will try to leave Tuscaloosa with a championship ring!

Prior to Steve Sarkisian this year, here are the previous 10 coaches to have been honored with the Broyles Award for the nation’s top assistant coach:

“I will say in a weird quirky sort of way, I think Nick Saban deep down is happy seeing Ohio State across the field than Clemson and it’s only because of the history. We all know Alabama and Clemson’s history and I think that’s a program down in South Carolina that knows it can beat Alabama and I don’t think what happened in 2014 (when Ohio State beat Alabama in the CFP semifinals) has any impact on this game. This is a completely different world we’re living in. But I think Saban would prefer to take his chances against Ryan Day’s team against another matchup against Dabo Swinney. Although, really these days with Dabo Swinney, you kind of invite that challenge because you don’t know how Dabo Swinney’s going to affect the outcome of the game through his mouth.” 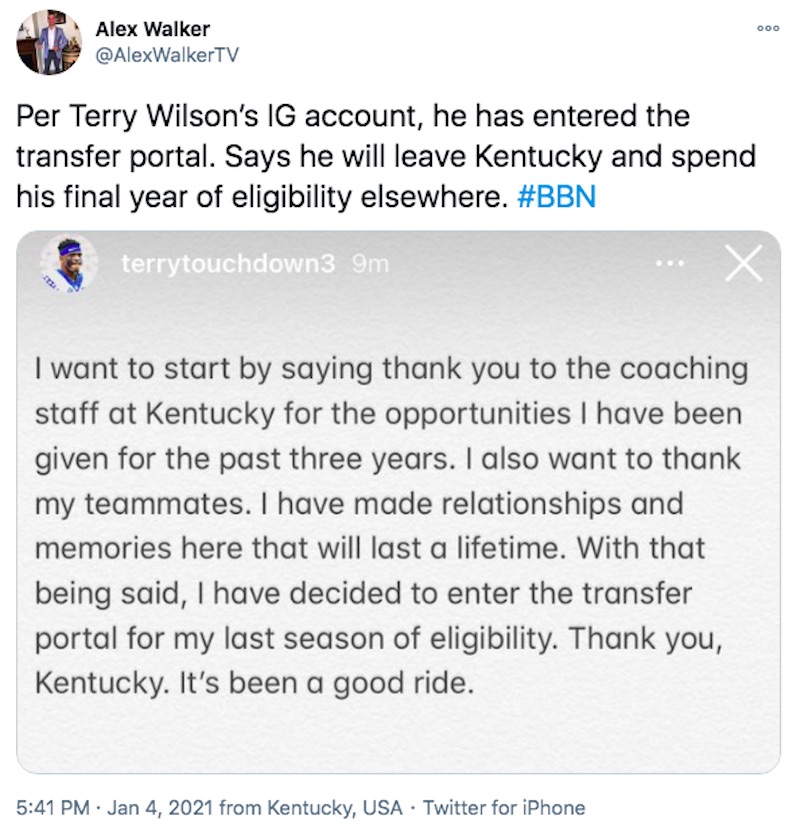 In some surprising news from Monday night, Kentucky starting QB Terry Wilson announced on Instagram that he was entering the NCAA transfer portal. Wilson has been with the Wildcats for three seasons. He threw for 20 touchdowns and ran for 10 more during his Kentucky career. Now, Kentucky will have to choose between Joey Gatewood and Beau Allen (or someone else) for the starting QB position in 2021 and beyond.