Good morning and happy Friday! As the rest of the country prepares for Monday night’s College Football Playoff title game between Alabama and Ohio State, there is plenty of action churning in the SEC. From some key staff hirings to injured players possibly returning to rumors surrounding a head coach, it has been a busy week down south.

For today’s newsletter, we’ll discuss Alabama WR Jaylen Waddle’s health and the potential for him to return on Monday. We’ll also take a look at rumors surrounding Tennessee coach Jeremy Pruitt. Finally, we’ll talk about Ohio State CB Shaun Wade and some comments he’s made this week. Let’s get started!

Alabama WR Jaylen Waddle is back at practice. Could he really return for the CFP title game? 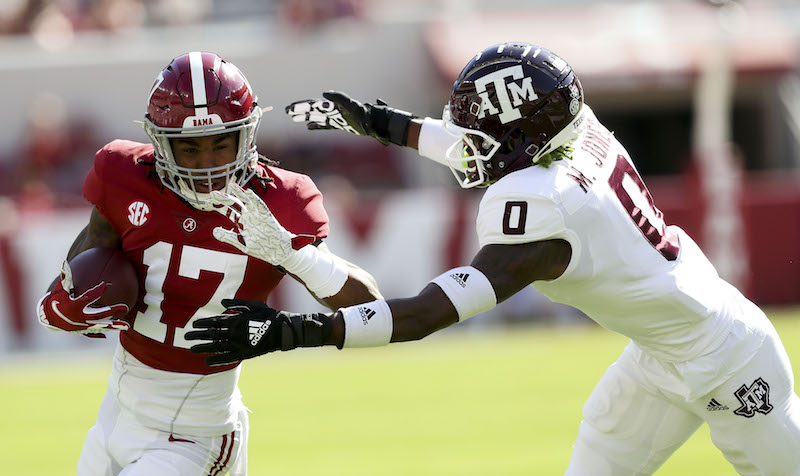 On Oct. 24, Alabama WR Jaylen Waddle suffered a lower leg injury on the opening kickoff against Tennessee, effectively ending his season. However, his rehab has been going well, and now there are some rumors that he could return and see some action on the field during Monday night’s College Football Playoff National Championship Game against Ohio State.

So, how real are these rumors? What’s being said about Waddle’s availability? Let’s take a look at the latest stories involving the speedy, versatile Crimson Tide star:

Obviously, it would be a great story if Waddle was able to make a full, healthy return to the field for the title game. He and Smith form one of the most-dangerous receiver tandems in recent college football history. We’ll see what news comes out about Waddle over the weekend, but it seems at least possible that he could see some sort of playing time against Ohio State.

The Tennessee program is mired in an ongoing internal investigation. What does it mean for Jeremy Pruitt?

After a couple of quiet offseasons, it seems the Tennessee Volunteers have grown a bit itchy when it comes to creating some drama. The Vols are going through an internal investigation surrounding some potential impermissible benefits involved in the recruitment of 5-star OL Amarius Mims, who signed with Georgia. Star RB Eric Gray sat out the season finale against Texas A&M, which was also rumored to be connected to the investigation.

So, what’s going on at Tennessee? And what does this mean for coach Jeremy Pruitt’s future on Rocky Top? Let’s take a look at the latest rumblings out of Knoxville:

What does the future hold for Pruitt and the Vols? There are plenty of rumors swirling, but it remains to be seen how serious any of them are. What will the investigation reveal? Will Pruitt be around in 2021? These are all questions that need to be answered soon.

Alabama QB Mac Jones and Ohio State QB Justin Fields will face off in Monday night’s College Football Playoff title game. With the way both star QBs have been playing this year, there are sure to be plenty of passing yards to go around. In the history of the CFP title game, though, there have only been three times when a quarterback has thrown for 400 or more yards. For today’s quiz, can you name the quarterbacks responsible for those three 400-yard performances?

Ohio State CB Shaun Wade has never been afraid of stirring the pot. Can he help slow down Alabama’s elite offense? 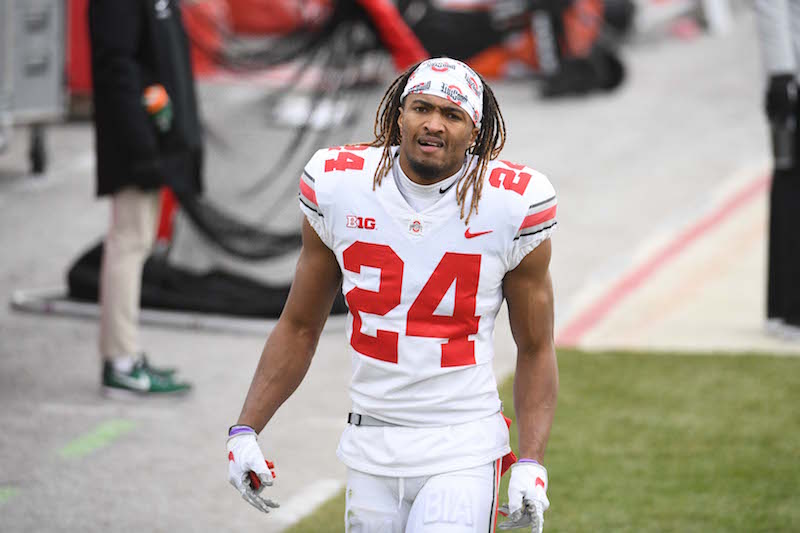 Ohio State CB Shaun Wade has never been shy about sharing his opinions. It’s clear he’s looking forward to Monday night’s College Football Playoff title game against Alabama (who wouldn’t be excited, after all?), but it’ll be interesting to see how he fares against the Tide’s high-powered offense.

Wade has some experience playing against some of the Tide’s biggest offensive weapons. Here’s what he’s said in the buildup to the title game:

If Wade gets his wish and does shadow Smith all over the field on Monday night, that will be one of the key battles of the game. Will the Alabama receiver continue to look like a Heisman winner? Or, will Wade make a statement to the NFL? We’ll find out on Monday night in Miami!

The three 400-yard performances in the College Football Playoff title game were from:

Will either Jones or Fields join the 400-yard club on Monday night?

“I’ve been watching Justin Fields since he came out of high school. I always had high praise for him. He kind of reminded me of a young Cam Newton or something like that. The dude has a lot of great talent. He can deliver the ball to his receivers, has a strong arm, athletic. He’s everything that you want in a quarterback.”

– Alabama LB Dylan Moses had plenty of praise for Ohio State star QB Justin Fields ahead of Monday night’s title game. Will Moses and the Alabama defense be able to slow Fields down? 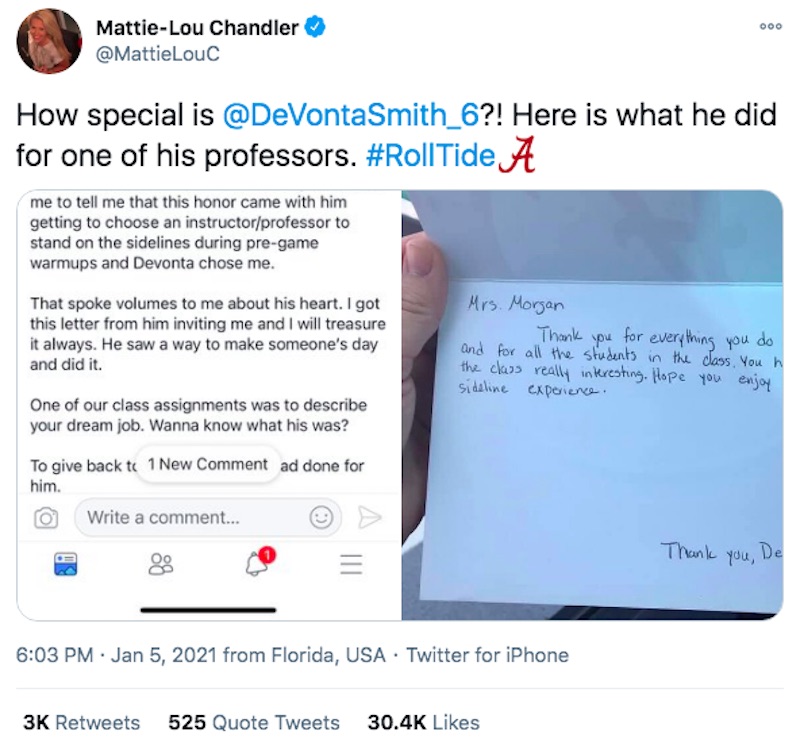 How great of a guy is Alabama WR DeVonta Smith? One of his professors shared a heartwarming story about the Heisman winner’s study habits and how he honored her with a sideline pass to an Alabama game. Such a great gesture from Smith.