Good morning and happy Monday! As far as college football is concerned, it is a happier Monday than most over the past few months. It seems many programs will get players back on campus for voluntary workouts early next month, which is a great sign for the 2020 season starting on time.

We’ll discuss that in today’s newsletter, along with some interesting scheduling news and some other top stories from around the world of college football. Let’s get started!

Football players can start returning to campuses in June. How are the major conferences handling it? 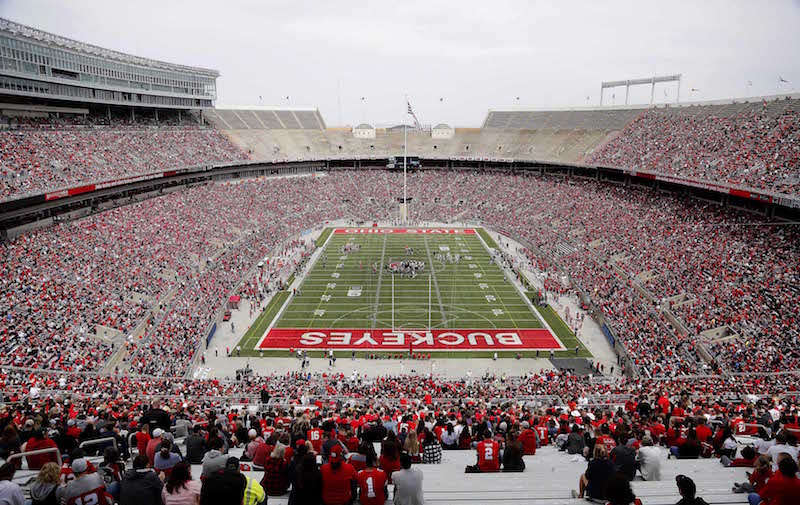 The global COVID-19 pandemic continues to keep a majority of the sports world idle, but in recent weeks, things have been trending positively, it seems. Some pro sports leagues across the globe are returning, and some events in the U.S. are starting to return, too.

This week, there was some major news regarding college sports and when players can return to campus to begin preparations for the upcoming season. Let’s take a look at that storyline and the major headlines:

These next couple of months are likely going to be messy as schools figure out on the fly how to manage the COVID-19 related challenges they’re sure to face. However, for now, things are trending in a positive direction. If these schools can manage to keep players safe, there’s a better chance with each passing week that the 2020 season can start on time this fall.

Ole Miss scheduled a home-and-home with USC. Will Lane Kiffin still be around for those games? 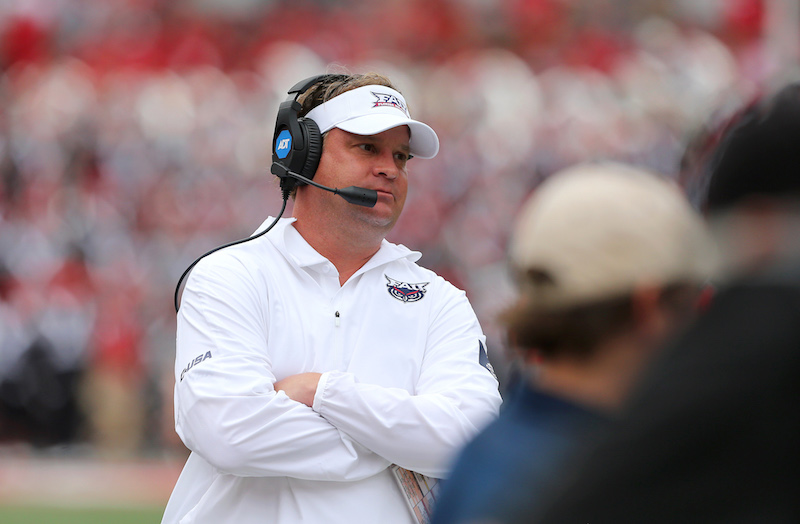 The Ole Miss Rebels and USC Trojans announced some interesting news this week. Both schools tweeted out news of a home-and-home series that will be held between the teams in the future. That, obviously, is more interesting than most nonconference games that get scheduled, as new Ole Miss coach Lane Kiffin used to be the head coach at USC.

So, what should we make of this home-and-home series between the Trojans and Rebels? Let’s take a look at what has happened since this series has been announced:

Will Lane Kiffin still be at Ole Miss in 2025? It’s not a certainty, of course, but it is a possibility. The Rebels are a major SEC program. Nick Saban is (theoretically) not going to coach forever, so there could soon be a void in the SEC West. Could Kiffin lead the Rebels to national prominence by 2025? We’ll find out over the next few years.

Who will win the Heisman Trophy this fall? The predictions and hype are already heating up. 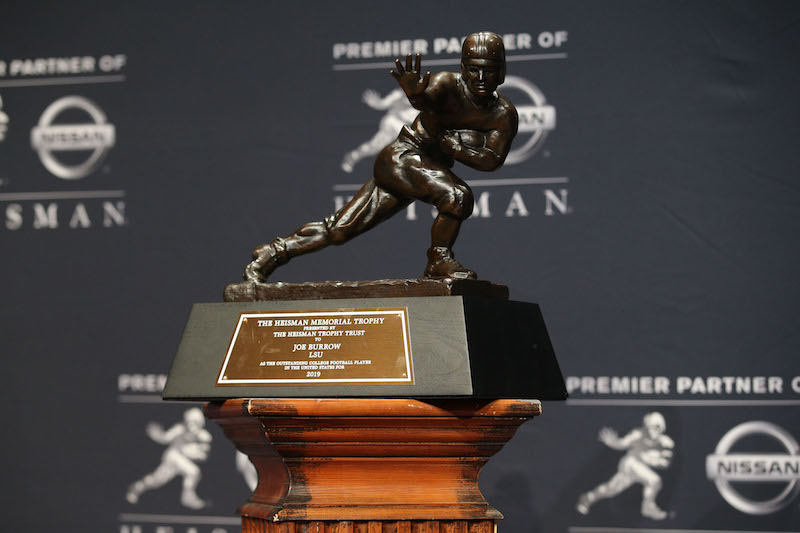 Heading into the 2019 season, almost no one could have predicted that LSU QB Joe Burrow would eventually break multiple Division I records and win the Heisman Trophy. Heading into the 2020 season, it’s worth wondering if someone else will come from nowhere to win the sport’s most prestigious honor.

There are two clear favorites to take home the trophy, but being a favorite isn’t always a great sign for a player’s candidacy. So, who could win the trophy? Let’s take a look at some of the latest Heisman chatter:

Again, Burrow came from nowhere last year to win the award, so anyone can win it in 2020. Justin Fields and Trevor Lawrence have their work cut out for them, but they also both have the talent to win the trophy if they have huge seasons. Who will win it all? Well, we’ll have to keep a close eye on the Heisman race when the 2020 season starts this fall (presumably).

* Ricky Williams had 6,279 yards during his time at Texas, but the Longhorns didn’t switch to the Big 12 until 1996, after Williams’ freshman season.

“Who replaces Nick Bosa? Well, Chase Young comes onto the scene. They’ve found cornerbacks and defensive linemen that are a notch above everybody else in that league. I think Ohio State will continue their reign, continue to run through the Big Ten. And at the end of the season have a good chance to be holding that trophy.”

– ESPN analyst David Pollack thinks the Ohio State Buckeyes have what it takes to win the title in 2020. 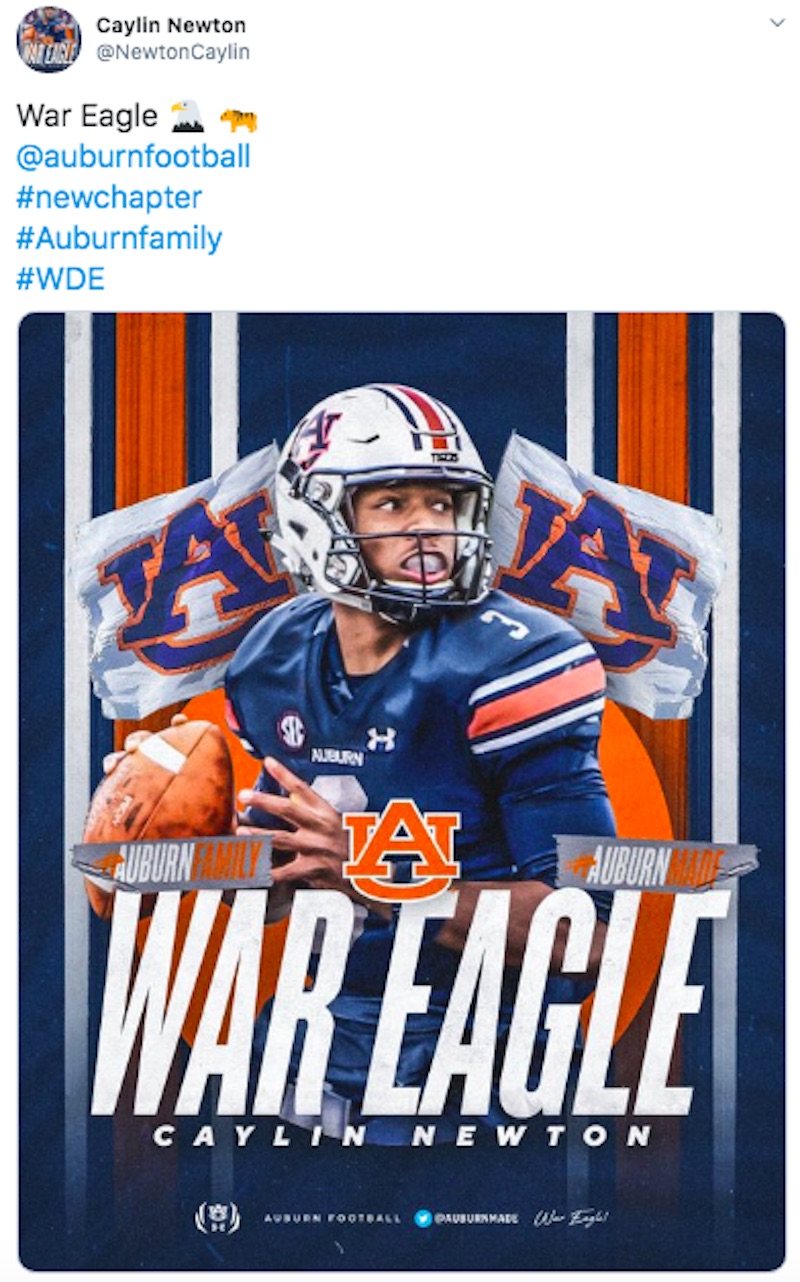 Former Howard QB Caylin Newton, the younger brother of Cam Newton, announced he was heading to Auburn as a graduate transfer. Cam led the Tigers to a national title in 2010. How will his younger brother fare on The Plains? Cam posted his reaction to his brother’s decision on Instagram.