Good morning and happy Thursday! For those of you desperate for some more football after Sunday’s Super Bowl, you’re in luck! The FCS spring season kicks off on Saturday with McNeese State taking on Tarleton State. Then, there are 20 games next weekend.

But, before we get there, there’s plenty to discuss in today’s newsletter. We’ll dive into Alabama QB Mac Jones’ draft stock and whether he will go in Round 1 or not. Then, we’ll talk about the Indiana Hoosiers, who seem to be becoming a football school. Finally, we’ll look at Florida’s loaded upcoming nonconference schedules and what that might mean for College Football Playoff expansion. Let’s get started!

Mac Jones had an outstanding 2020 season. How high will the Alabama QB go in the 2021 NFL Draft? 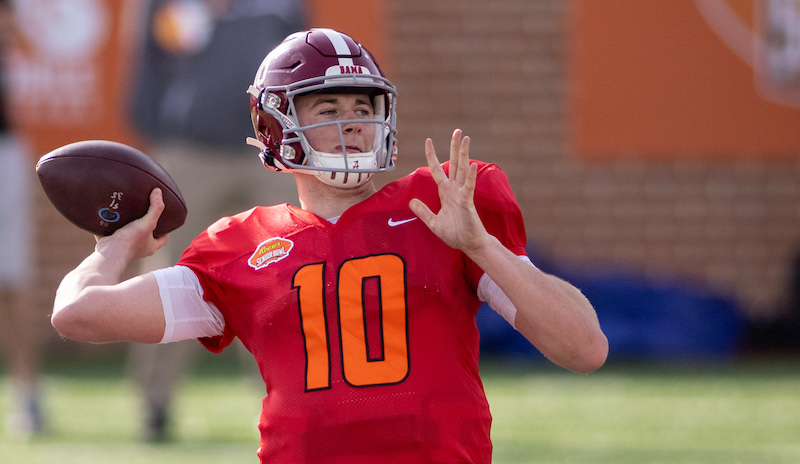 When it comes to the 2021 NFL Draft, the only thing that seems certain is that Clemson QB Trevor Lawrence will be the No. 1 overall pick, going to the Jacksonville Jaguars. From there, analysts can’t agree on who QB2 will be. It looked like Ohio State’s Justin Fields would be that guy, but in recent weeks, North Dakota State’s Trey Lance and BYU’s Zach Wilson have risen in some mock drafts.

So, where does that leave Alabama QB Mac Jones? Some analysts have Jones going solidly in Round 1. Some have him slipping out of the first 32 picks entirely. Here’s the latest on the Alabama star’s draft stock:

It doesn’t seem like any analysts know what exactly is going to happen with Jones at this point, but that’s what makes the buildup to the draft so interesting each year. With no traditional NFL Combine this year, players will have to bring their all to Pro Days around the country. We’ll see how much Jones does at Alabama’s Pro Day and whether or not he can do enough to improve his stock even further.

Indiana recently made some big-time hires in the offseason. Are the Hoosiers here to stay? 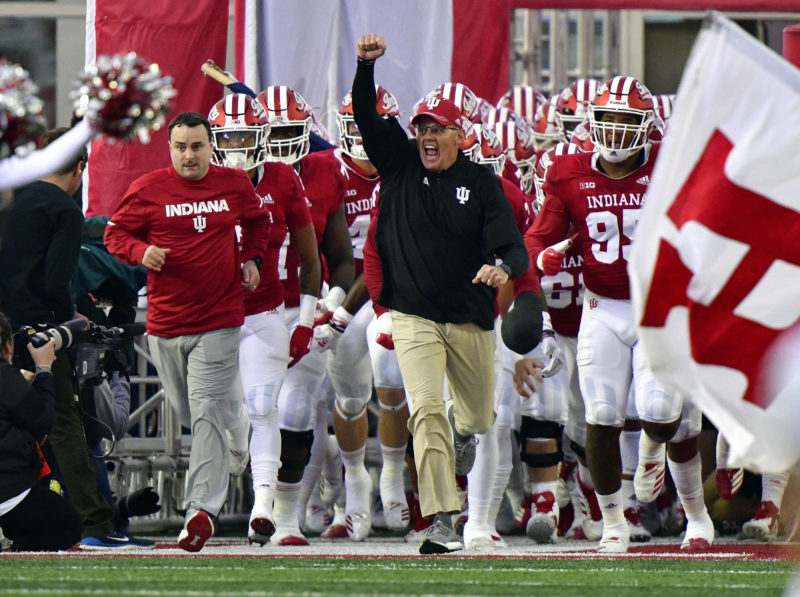 Indiana is coming off a season in which it finished 6-2, was ranked in the College Football Playoff rankings and ended decades-long losing streaks to Michigan and Wisconsin. Somehow, though, the biggest successes over the past few months for the Hoosiers might be their offseason moves.

Tom Allen brought in former Georgia DB coach Charlton Warren to be the defensive coordinator after Kane Wommack left to be the head coach at South Alabama. When Mike Hart departed Bloomington to join Jim Harbaugh’s staff at Michigan, the Hoosiers landed former Kansas City Chiefs RB coach Deland McCullough. What do those new additions mean for the future of IU?

Indiana may not quite be ready to challenge for a College Football Playoff spot or replace Penn State or Michigan among the B1G’s elite programs. But the Hoosiers are coming off back-to-back winning seasons, recruiting well and building a staff that compares to anyone in the league. There’s little doubt that this is the healthiest the Hoosiers have been in a very long time.

Florida is loading up its future nonconference schedules. What does this mean for possible CFP expansion? 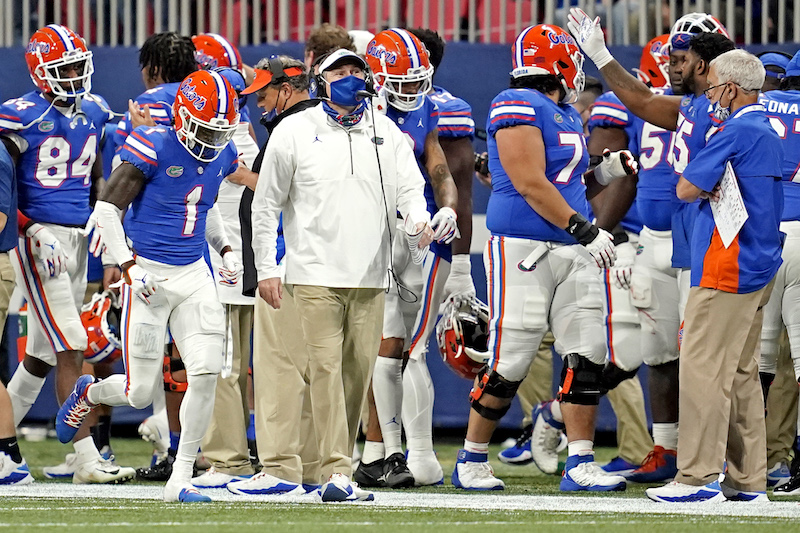 As we move toward the 2021 season, the days of cupcake nonconference schedules are quickly falling by the wayside. The Georgia Bulldogs and Clemson Tigers will open the 2021 campaign with a big-time matchup in Charlotte. Reigning champion Alabama opens against Miami in Atlanta.

But, even among this era of more aggressive nonconference scheduling, a move the Florida Gators made this week stands out. In case you missed it, the Gators scheduled a home-and-home with Notre Dame to be played in the 2031 and 2032 seasons. Why is this a big deal? Let’s take a look:

Even if the Playoff is still at four teams a decade from now, fans are the big winners of these beefier nonconference schedules. Watching Georgia-Clemson and Florida-Notre Dame will be infinitely more entertaining than some cupcake games we’ve seen recently. Will the Playoff actually expand over the next decade, though? Well, it seems some of the bigger schools don’t want to be left behind if it does.

The 10 coaches who were paid the most during the 2020 season (according to the USA TODAY coaches salaries database) were:

“My time with coach (Nick) Saban was tremendous. He’s a great mentor of mine. He’s a tremendous coach. He’s a tremendous leader. Obviously, we’re different people, with different niches. He’s a defensive guy, I’m an offensive guy, and the idea is that, hopefully, we are going into the same living room back-to-back nights competing for the same players off the field. And then the goal is that at the end of the college football season, we are competing on the field in the Playoff because that’s the standard here. And I know that’s the standard at Alabama, and we should be going toe-to-toe on a daily basis with recruits, and we should be going toe-to-toe on the field every season.”

– New Texas head coach Steve Sarkisian discussed working under Nick Saban at Alabama and how he hopes to recruit against the Crimson Tide for the best players in the country on a yearly basis. 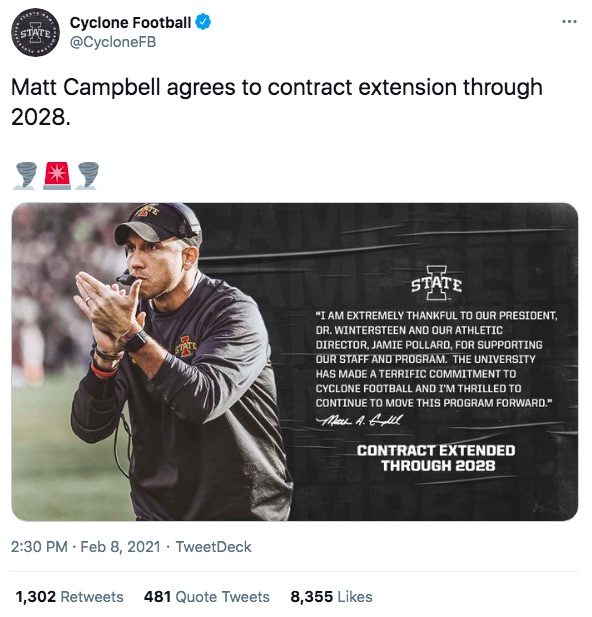 Iowa State coach Matt Campbell has been connected to many jobs over the past couple of offseasons as he continues to do great work with the Cyclones. However, it seems he’ll be staying put in Ames for a while longer after signing a contract extension this week!