Saturday Football: SEC superlatives, great uniforms and The U is back!

Good morning and happy Monday! It sure does feel like football season is here now that the SEC is back in action, right? From now on, Saturdays will be full of college football, and it’s only going to get better as the Big Ten and Pac-12 return to play over the next few weeks.

In today’s newsletter, we’ll look at some of the breakout performances and oddities from Week 1 in the SEC. We’ll also take a trip down to Miami, where the Hurricanes might be for real. Then, we’ll discuss the weekend’s best uniforms. Let’s get started! 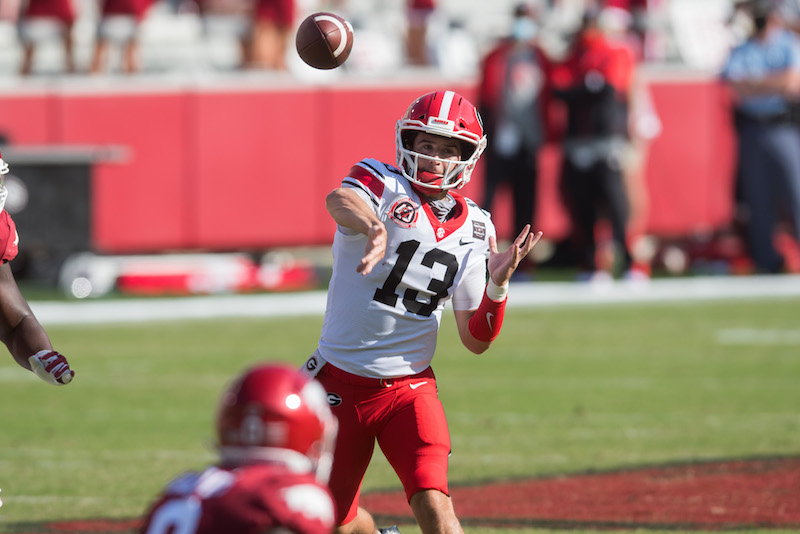 The SEC is back, and in true 2020 fashion, Week 1’s slate of games featured some crazy plays, questionable calls, unlikely heroes, upsets and Heisman-level performances. There was plenty to take away from the weekend of games, so we’ll stick with some of the biggest and most interesting stories.

From the Air Raid taking down the reigning champs to Auburn making a statement to Georgia’s quarterback battle, here were some of our biggest takeaways from Week 1 in the SEC:

Oh, and of course, there was Will Muschamp’s name trending on Twitter after midnight on the East Coast. Safe to say South Carolina fans weren’t thrilled with the loss to Tennessee. What a week in the SEC! Glad to have it padding our Saturday schedules. We’ll see what next weekend brings.

The SEC was back in action on Saturday and there were some insane offensive numbers put up by top players. However, since other conferences already have multiple games under their belts, there aren’t any SEC stars showing up on the national stat leader list just yet.

As we head into Week 5 of the college season (and Week 2 of SEC play), here are the players who lead the FBS level in the following nine statistical categories (via CFBStats.com):

Who will put up big numbers this weekend and earn their way onto the list? Check back in next Monday’s newsletter for a look at the updated stat leaders.

THE U IS BACK?

Miami is getting a lot of attention following a 3-0 start. Are the ‘Canes College Football Playoff contenders? 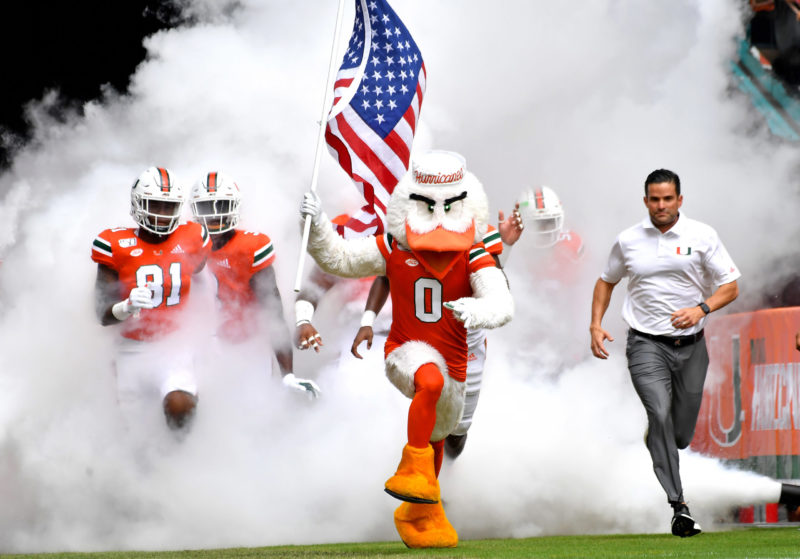 Doesn’t it feel a little bit like we’ve stumbled upon a time machine and traveled back in time? Miami might be the hottest, most talked-about team in college football right now and it doesn’t involve shutout losses, a coach on the hot seat or low fan attendance. Three games into the 2020 season, the Hurricanes are back in the national spotlight.

It started with a 47-34 road win over Louisville and elevated with a 52-10 victory over Florida State. On the efforts of new quarterback D’Eriq King and an opportunistic defense, Miami sits at 3-0 and is ranked No. 8 in the latest AP Top 25. In two weeks, they’ll put their talent to the test against No. 1 Clemson in what has become one of the premier ACC matchups this season — a game ESPN’s Kirk Herbstreit is already excited to see.

How have the Hurricanes gotten to this point after an utterly forgettable 6-7 campaign in 2019?

Let’s be honest, it’s probably a little too early to start talking about how Miami is a threat to the likes of Clemson and Notre Dame in the ACC this year. The Hurricanes have been the beneficiaries of a generous schedule, with wins over UAB, a 1-2 Louisville team and a winless Florida State squad. There’s no doubt this team is much better than it was a season ago, though.

Miami gets an off week before a showdown with top-ranked Clemson, and both teams will (likely) be 3-0 for that showdown on Oct. 10. That will be the moment of truth for Diaz and the Hurricanes.

Scroll down to see the answer to today’s quiz.

This weekend was a great one for uniforms. Which top programs brought out the best combos on Saturday? 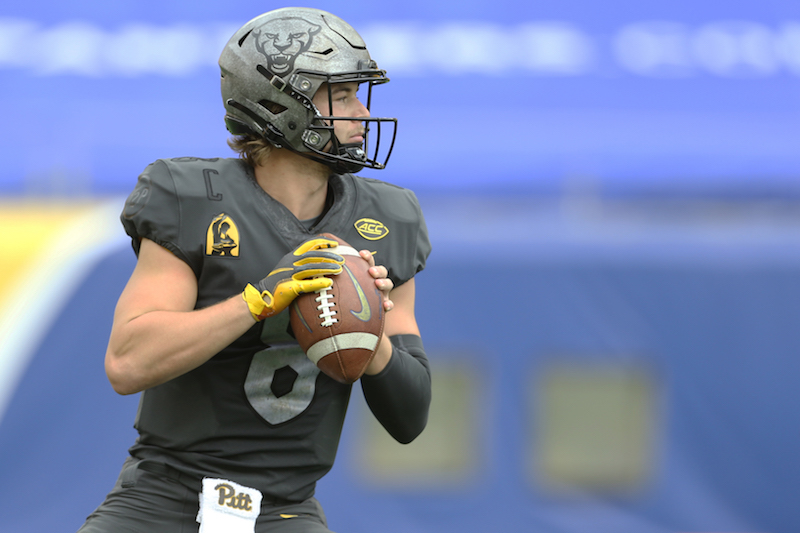 We are truly living through a golden age when it comes to uniform combinations. Teams are more willing to experiment, and that has led to some all-time great combos in recent years. The 2020 season has also featured its fair share of great looks already.

From Georgia’s anniversary look to an awesome reveal for Air Force to a touching tribute at Auburn to Pitt’s bold new look above, let’s take a look at some of the best combinations from around the country:

See? We told you it was a golden age for uniform combinations. With shortened seasons for many conferences, schools are having to jam all their fun looks into the condensed schedules. We can’t wait to see what combos this coming weekend brings. Check back next Monday for more uniform talk!

To find the last reigning national champion to lose in Week 1 the following season, you have to go all the way back to 1998. That’s when the Michigan Wolverines, who were the 1997 AP national champions, lost 36-20 at No. 22 Notre Dame in their first game. How long ago was that? Well, the 1997 season in which Michigan was the undefeated champion (splitting title honors with Nebraska) was the last one before the BCS era began!

“I tell you what, it’s a hell of a job by those kids. I think Coach Spurrier probably owes me a drink then tonight when I get home. I’m gonna have to go over to his house right there, because that would be hard to do, to pass some of the things that he did here.”

– Florida coach Dan Mullen joked about going over to Steve Spurrier’s house for a drink after Florida’s 51-35 victory over Ole Miss on Saturday. The Gators set a school record with 642 total yards of offense. It is also an SEC record for a team playing a conference game.