Good morning and happy Thursday! Things are starting to settle down at Tennessee, but the coaching carousel continues to spin elsewhere. Meanwhile, schedules are starting to come out and we’re going to get some spring football starting soon (thanks, Coastal Carolina)!

In today’s newsletter, we’ll discuss the Vols’ decision to hire Josh Heupel away from UCF. Then, we’ll take a look at Justin Fields’ NFL Draft stock, which seems to be falling for some strange reason. Finally, we’ll dive into the SEC’s 2021 schedule release. Let’s get started! 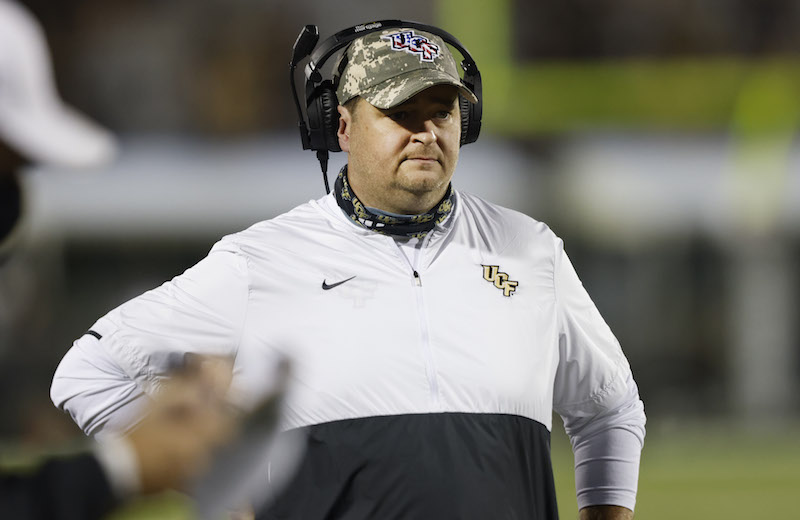 The Tennessee Volunteers recently hired former UCF AD Danny White to replace Phillip Fulmer as the school’s new athletic director. After a search for a new football coach, he called for a familiar face. That’s right, the UCF-to-Tennessee pipeline continues, as UCF coach Josh Heupel was named the new head coach of the Vols on Wednesday morning. Heupel’s contract is reportedly worth $4 million per year for 6 years, which is quite the pay bump for a guy who was making significantly less at UCF.

That is obviously a decision that will define the beginning of White’s tenure as AD on Rocky Top, and it has been met with some mixed reactions. Let’s take a look at what people are saying about the move to hire Heupel away from the Knights:

We’ll end this section with poor Marcus Tatum. Tatum was a Tennessee offensive lineman who entered the transfer portal after the 2019 season. He went to UCF, where he played in every game for Heupel’s Knights in 2020, making four starts. Now, of course, Heupel is heading to Tennessee, causing Tatum to send this great tweet in response. Maybe he’ll find his way back to Rocky Top?

Justin Fields is slipping in several NFL mock drafts despite a great year. What’s the deal with the Ohio State QB? 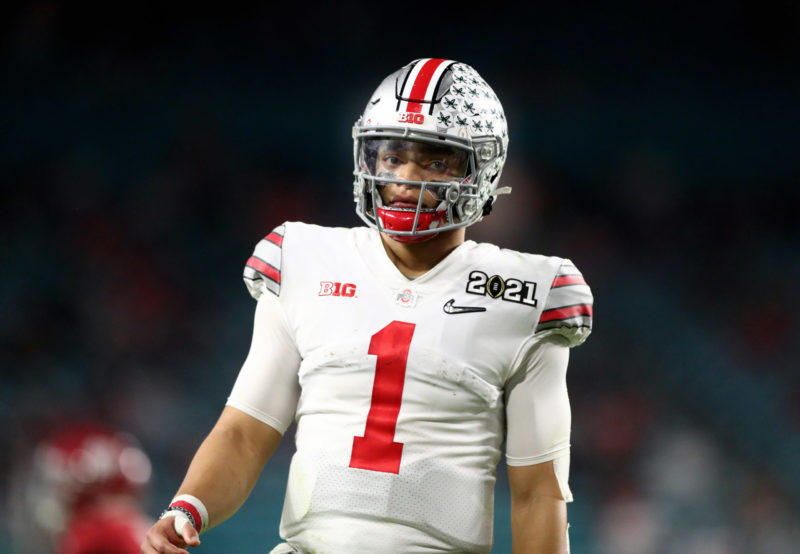 Trevor Lawrence or Justin Fields? Those were the two quarterback candidates who were expected to battle for the No. 1 overall selection in the 2021 NFL Draft this past college football season. For some reason, that’s no longer the case. Lawrence appears to be the consensus No. 1 pick and Fields is continually slipping in the mock drafts.

Fields had a solid season at Ohio State, throwing for 2,100 yards and 22 touchdowns while completing passes at a 70.2% clip. He also rushed for 383 yards and 5 more touchdowns while leading the Buckeyes to a 7-1 record and a berth in the national championship. Why are the analysts so low on Fields? Here’s what they’re saying:

At times, Fields didn’t look like the No. 1 overall quarterback. Listing Lawrence as the top prospect available is probably a fair assessment at this point. But both Kiper and McShay have said that a return to Ohio State would benefit Fields greatly. It’ll be interesting to see what happens with Fields’ stock over the next couple of months, and if the draft analysts are right or wrong about his draft status.

Ryan Day might be one of the best coaches in the FBS today, but with only two years of coaching under his belt, his (impressive) 23-2 overall record doesn’t rank in the top 5 when it comes to current Big Ten coaches’ all-time wins. So, for today’s quiz, can you name the five Big Ten coaches with the most career FBS victories?

The SEC has released its full 2021 football schedule. What are the big takeaways from Wednesday’s release? 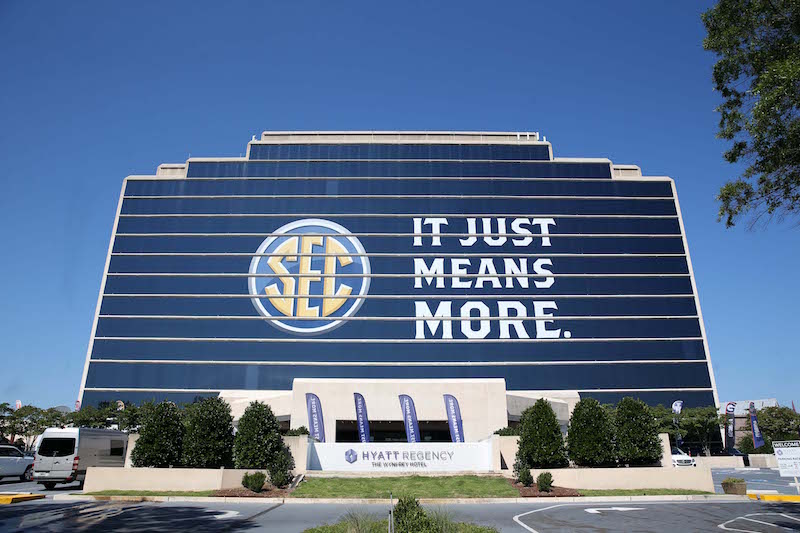 It seems like the 2020 college football season just ended (probably because Alabama just won the national title earlier this month), but the hype is already building for the 2021 season. In fact, the SEC contributed to some of that 2021 enthusiasm on Wednesday, releasing its full 2021 schedule. Here’s the team-by-team breakdown of the schedule.

So, what should we take away from this schedule release? There’s been plenty of chatter around the SEC’s upcoming 2021 campaign. Here are a few of the top headlines:

Now, we’ll play the waiting game to see when other conferences start to release their 2021 schedules. Either way, there are some big nonconference games on the schedule for several SEC squads. It’s just nice to see some big-time nonconference matchups to get excited about again.

Here are the five Big Ten coaches with the most career FBS victories:

“To be honest with you, I was gonna go to Florida. I was going to go but Manny (Diaz) did such a great job, just in the hiring process of showing me who he really was. Talking to me about the staff, about the plans and expectations and all things. And at the end of the day, I want to win. I want to go to a place who’s gonna have a chance to win and win immediately. And that can use my help as far as developing the secondary the way that it needs to be developed.”

– Former South Carolina DC Travaris Robinson was going to take the DB coach job at Florida, but instead took the same position on Miami’s staff. His comments about the two programs will certainly intensify the already heated rivalry. 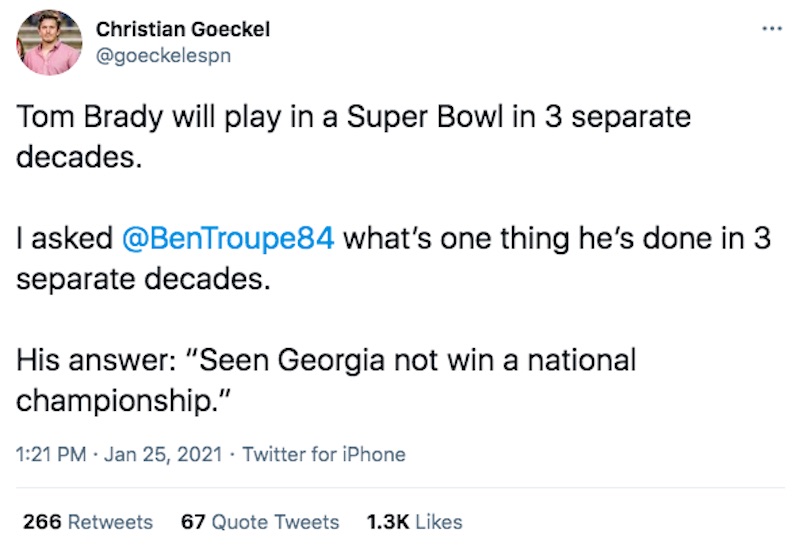 Former Florida TE Ben Troupe couldn’t help but troll Georgia when asked about Tom Brady’s longevity in the NFL. Georgia hasn’t won a national championship since 1980, and the Bulldogs’ biggest rivals won’t let them forget it.