The rivalry between Iowa and Minnesota is traditionally a hard-fought one with close finishes, though the outcomes have been all Hawkeyes lately.

Iowa has captured five straight in the series and 10 of the last 13 in the battle for Floyd of Rosedale. However, seven of those matchups have been decided by a touchdown or less, including five games decided by five points or less.

Heading into a Week 4 matchup, both teams are eager for their second win of the season. Both Minnesota and Iowa are 1-2 after notching wins in Week 3, and the winner of Saturday’s game will have a sliver of life in the B1G West race. Meanwhile, the loser will essentially be finished with Northwestern, Purdue, and Wisconsin all without a loss.

As we get set for the rivalry matchup, OddsShark has put out a computer prediction for the contest, and it is once again leaning toward a very tight finish in favor of the Hawkeyes. The computer has Kirk Ferentz and Iowa keeping Floyd of Rosedale with a 30.4-29.2 win over Minnesota: 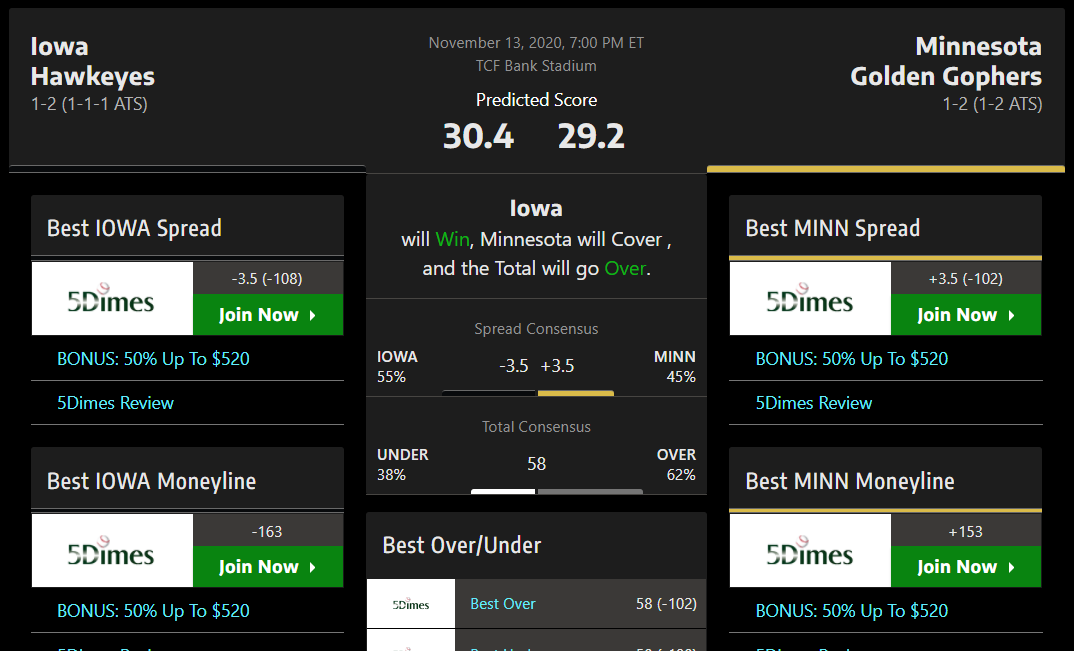 After blowout wins in Week 3, it sounds like both teams are already preparing for a fight to the finish this time around. Friday’s kickoff is set for 7 pm EST on FS1.