Michigan vs. TCU: Prediction and preview

Michigan and TCU will square off in the Fiesta Bowl with a shot to advance to the national championship. Saturday’s kickoff for the College Football Playoff semifinal is set for 4 p.m. ET on ESPN.

Heading into Saturday, the Fiesta Bowl is expected to be the more lopsided of the CFP semifinal games. After rolling to a 13-0 record and back-to-back B1G titles, Jim Harbaugh’s Wolverines enter the matchup as -7.5 favorites against the Horned Frogs per DraftKings.

Barstool Sportsbook users can cash in on $100 in automatic bonus cash, including fans of the Wolverines! Use SATURDAYOH5050 when signing up to take advantage of the bonus cash. Click here to get started!

Michigan enters the Playoff as one of the most balanced teams in the country with a top-10 unit on either side of the ball. Offensively, the Wolverines rank 7th nationally while averaging 40.1 points per game.

For much of the year, the offense was led by star running back Blake Corum and his 1,400 yards rushing. Since his injury, Donovan Edwards has carried the workload with star performances in The Game and B1G Championship.

For the season, Edwards has 872 yards and is averaging 7.5 yards per carry. That work has been more than enough for the offense with JJ McCarthy also hitting his stride against Ohio State and Purdue to finish the season.

Defensively, Michigan will have to deal with a TCU squad that made it to the Playoff on the back of a balanced offense and Heisman finalist in QB Max Duggan. The Horned Frogs averaged 40.3 points per game to finish just ahead the Wolverines at 6th nationally in scoring.

Duggan has 36 total touchdowns but he is far from the only weapon for TCU. Kendre Miller led TCU with over 1,300 yards rushing and 17 touchdowns while Quentin Johnston is a big-play threat in the passing game with 17 yards per catch and 5 touchdowns.

TCU enters the Playoff averaging at least 200 yards on the ground and in the passing attack. The biggest area of concern for the Horned Frogs has to be on the defensive side of the ball.

Sonny Dykes’ team has given up 25 points per game, a mark well outside the top-25 for scoring defenses. The rushing defense of TCU also presents an area for the Wolverines to attack.

Caesars Sportsbook users who pre-register with promo code SATURDAYTIX can unlock a cash bonus and a chance to win Cleveland Cavs tickets! Click here to get started! 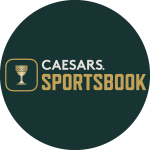 TCU has given up 149 yards per game on the ground and 4.1 yards per carry. With an offensive line that landed the Joe Moore Award as the best unit in the country, Michigan will test the defensive front of the Horned Frogs time and time again with plans to wear TCU down over all 4 quarters.

TCU might be a cool story nationally for its first-ever CFP bowl appearance in Dykes’ first season leading the program. But, like Jim Harbaugh recently noted, Max Duggan might be “on a mission” but so is JJ McCarthy.

This game shapes up like every other one for the Wolverines in 2022. The Horned Frogs might keep it close for a while, but the depth of Michigan upfront will win the day late.