The parents of Nebraska football student-athletes are going after the B1G. And it may result in some legal issues for the conference.

Parents of 11 Nebraska football players have hired a lawyer in an attempt to have the conference release the information, data and advice it used in making the decision to postpone fall sports in 2020. The letter demands that all documents and information be made available and requests transparency from commissioner Kevin Warren and the league.

In the letter, the parents are also asking to see “all documents relating to all ‘votes’ regarding whether to cancel, postpone or delay fall sports,” and what “scientific data and other medical information” was used to come to the conclusion to pull the plug on fall sports and football.

There’s also an interest in knowing why the B1G released a schedule — 10 games, conference-only — simply to nix the entire football season less than a week later.

Nebraska parents are also threatening to sue the conference.

“After evaluating the COVID-19 climate for months, how could so much … change in six days?” the letter asked. “Your student-athletes are entitled to know who made the decision and how they voted.”

Earlier this week, Iowa parents released a letter saying they “firmly rejected” the B1G’s decision. Below is the full document from Nebraska: 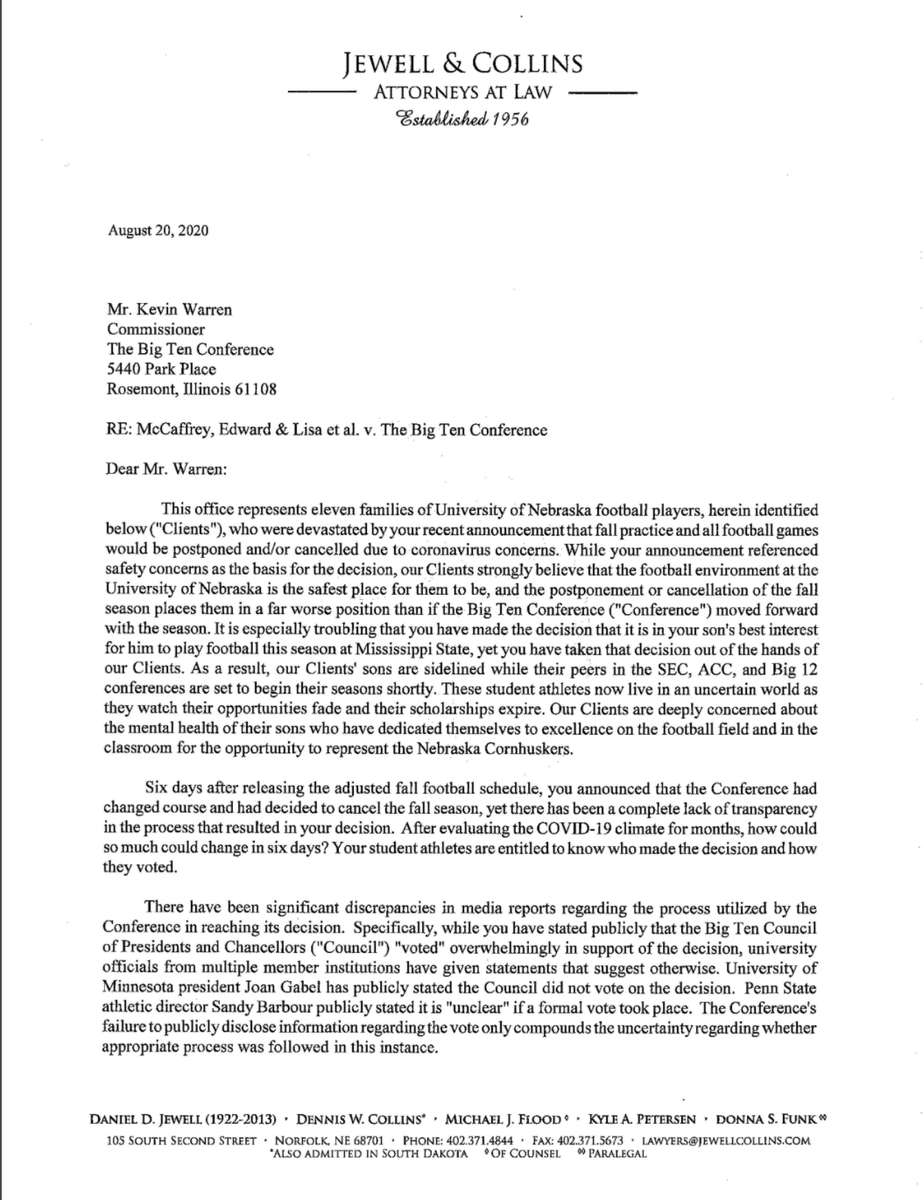