Many thought the new low for Rutgers was simply being a home underdog to Liberty, but this score prediction would make things even worse.

The Scarlet Knights started the season 1-3 under head coach Chris Ash before he was relieved of his duties. Nunzio Campanile has taken over as the interim, but things have gone from bad to worse.

Freshman Johnny Langan is the third QB for Rutgers this season after transfer McLane Carter was forced to retire due to injury and Artur Sitkowski decided to redshirt this season. Raheem Blackshear is also redshirting, leaving the Knights without arguably their best player.

RELATED: The projected spread for Rutgers-Ohio State is so lopsided it’s almost unbelievable

Rutgers is already dead last in the country in points per game at 11.1. They are also 123rd out of 130 in points allowed per game at 36.9. It is a deadly combination, and at least one computer projection sees an embarrassing result in store Saturday.

According to the computer prediction put out by Odds Shark, Rutgers is expected to lose by more than two scores at home to Liberty. As if being a 7.5-point home underdog is bad enough, the prediction sees the Flames winning 29.8-12.2: 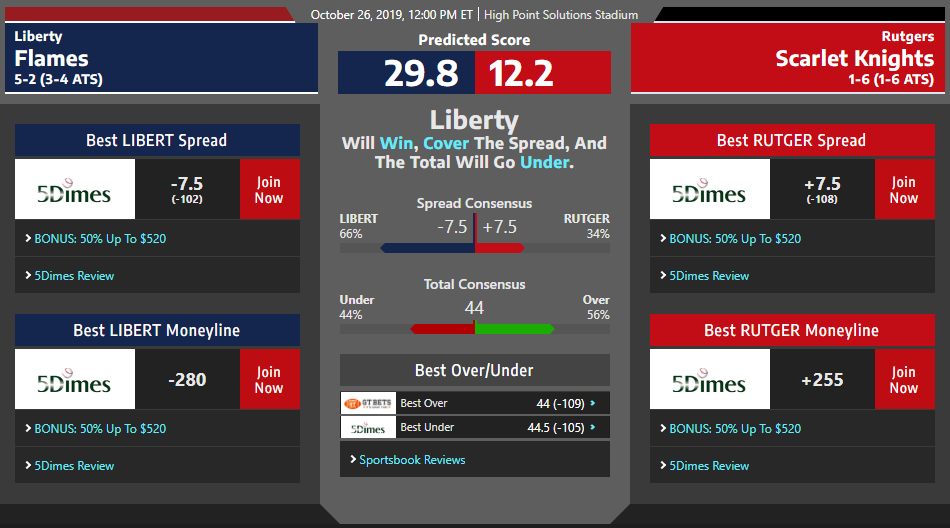 How do you see Saturday turning out?