Good morning and happy Wednesday! It has been a busy week in the college football world, from several games already being postponed or canceled due to COVID-19 to a major coaching change at South Carolina. And, we’re moving toward an important weekend on the CFB calendar, as the Big Ten features two matchups of division leaders and Oklahoma and Oklahoma State square off in a heated rivalry game in the Big 12.

In today’s newsletter, we’ll discuss the incredible first half of the season for Florida QB Kyle Trask. Then, we’ll dive into some less-than-Heisman-worthy QB situations in the Big Ten. Finally, we’ll talk about some more fallout from the Will Muschamp firing at South Carolina. Let’s get started!

Kyle Trask is putting up insane numbers on a weekly basis. Is the Florida QB the new Heisman Trophy favorite? 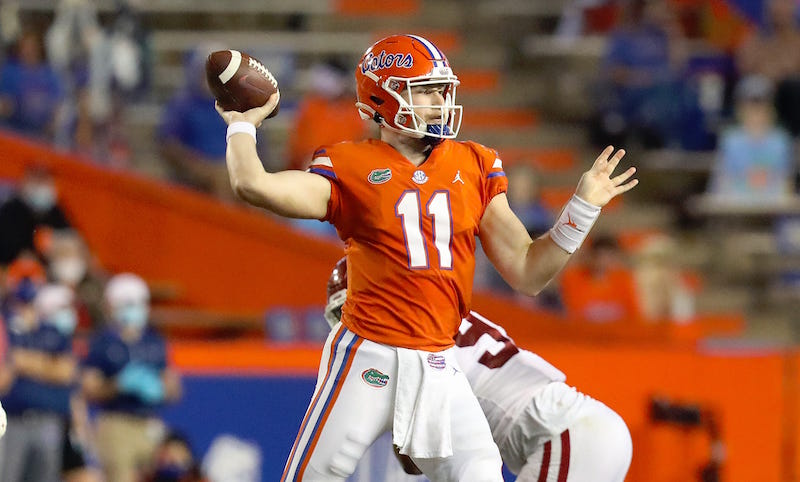 By now, you’ve probably heard the story of Florida QB Kyle Trask. How he didn’t even start at quarterback in high school, serving instead as the backup to the dynamic D’Eriq King. How he then came to Florida and sat behind Feleipe Franks before taking over when Franks got injured last year.

Now, after a 6-touchdown night against Arkansas on Saturday, Trask is firmly in the Heisman Trophy race. Is he the frontrunner, though? Let’s take a look at what’s being said about the Florida quarterback:

Will defenses ever catch up with this Florida offense? SEC Network analyst Roman Harper says Arkansas gave everyone a blueprint of what not to do against the Gators and Trask. However, finding a blueprint to stopping Trask won’t be easy. If he keeps putting up numbers at a historic rate like he is now, there’s no reason Trask should be considered anything other than one of the Heisman favorites.

Four B1G teams benched their Week 1 starters last Saturday. Which teams benefit most from a change at QB? 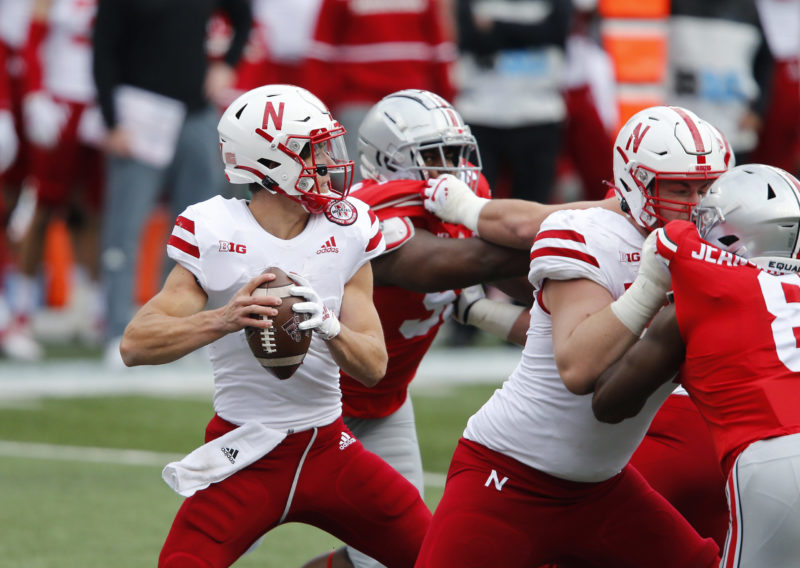 There was a lot of head scratching going on in the B1G in Week 4. By the time Saturday came to an end, four teams had made a change at the quarterback position. Nebraska made a switch from Adrian Martinez to Luke McCaffrey before kickoff, while Penn State and Michigan State waited until after the 1st quarter to bench their starters. Michigan was reluctant to make a change until the 2nd half.

All the change among programs once labeled as bluebloods sparks some interesting conversation as the B1G prepares for Week 5, past the halfway point of the 2020 season. Which teams benefit from the change and what programs are still spinning the wheel trying to figure something out?

All of those teams have had issues at quarterback, but you know who’s had it worse? Illinois. Due to COVID-19, contact tracing and injuries, the Fighting Illini have had four starters (Brandon Peters, Matt Robinson, Coran Taylor and Isaiah Williams) in as many weeks. Last week was Williams’ first start and he produced a win over Rutgers, rushing for 192 yards, a program record for a QB. Maybe Lovie Smith found his new guy through this mess, too.

Now that Will Muschamp has been fired at South Carolina, it’s worth taking a look back at his tenure with the Gamecocks. He finished his four-plus seasons in Columbia with a 14-13 record against SEC East foes. For today’s quiz, we’ll give you a record and you tell us which team Muschamp had that record against. For example, Muschamp went 0-5 against Texas A&M during his tenure. (Note: Muschamp had the same record against Georgia and Kentucky, so we’ll combine them.) Here we go:

Will Muschamp is out. Which players are following him and where does the Gamecocks’ coaching search stand? 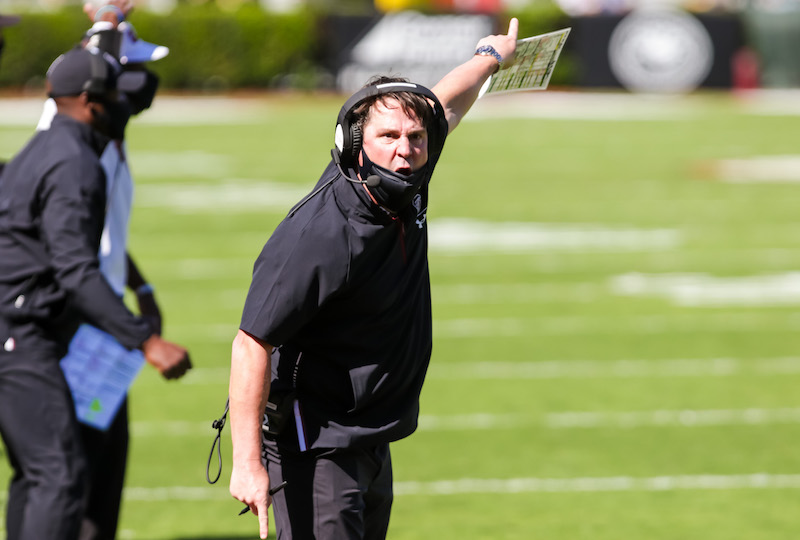 It has been a busy week at South Carolina. On Sunday night, the school fired coach Will Muschamp after a 2-5 start to the season and named OC Mike Bobo the interim coach. Now, the Gamecocks are on the hunt for a full-time replacement.

As the Gamecocks prepare for a game against Missouri this weekend, there have also been some big-name opt outs. So, let’s use this section to update you on the attrition to the South Carolina roster and what the latest news on the coaching front is:

We’re still in the early stages of the Gamecocks’ coaching search. But, South Carolina now has a head start on other Power 5 programs when it comes to the coaching carousel. We’ll see which coaches continue to be mentioned in connection with the job as the season wears on. For now, though, Bobo certainly has his hands full trying to field a competitive team against Mizzou this weekend and also moving forward.

Here are the answers to today’s Will Muschamp quiz. His records against SEC East foes were:

“We look forward to rescheduling Alabama. We want to play. We weren’t able to play (on Saturday). People are going to say things here and there that aren’t true. But whenever they tell us to play, we’ll be ready to go.”

– LSU coach Ed Orgeron responded to questions about the Tigers not wanting to play Alabama this year after the game was postponed with no makeup date set. We’ll see if the SEC finds a way for these 2 rivals to meet. 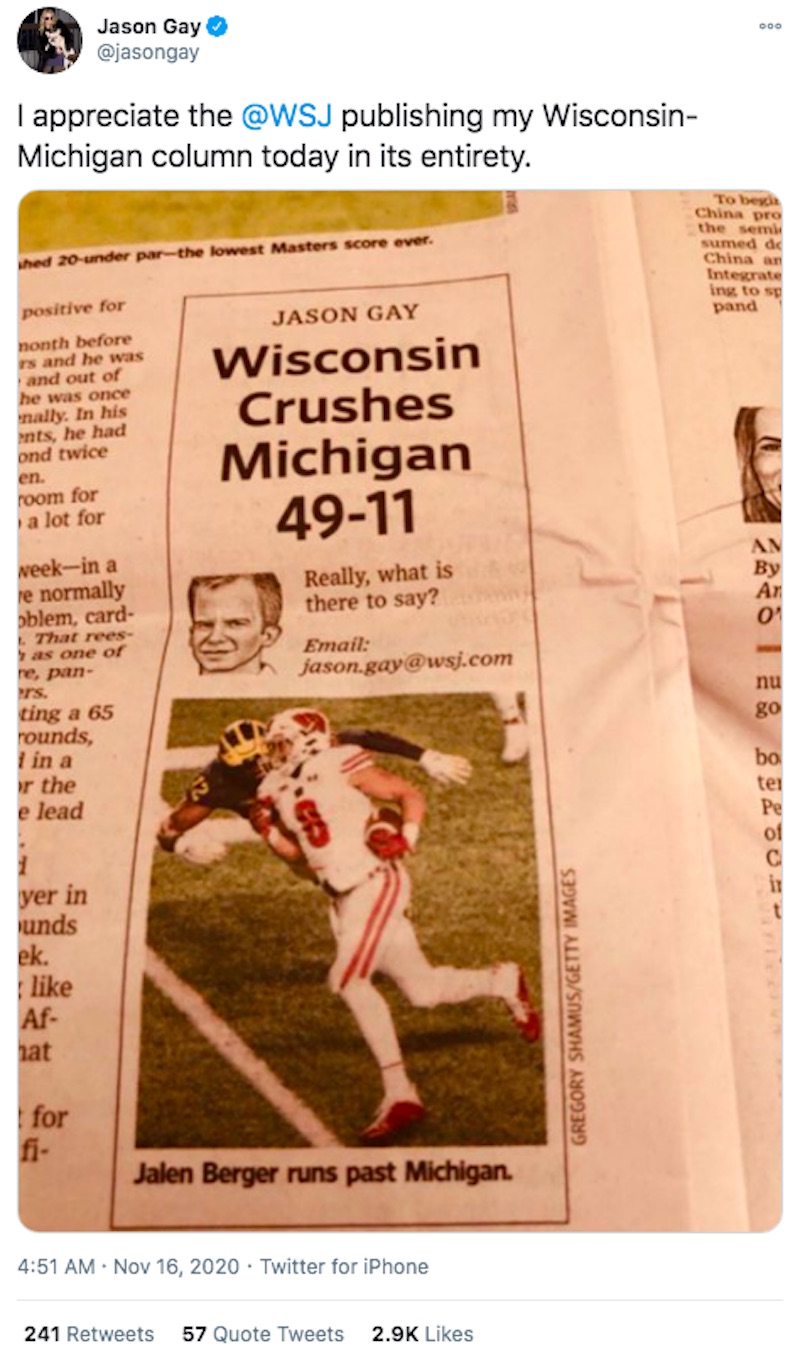 Yep, that pretty much sums up the state of the Michigan program in 2020!