Good morning and happy Wednesday! There were 45 FBS games played last week. As of right now, there are 45 on the schedule again this week, beginning tomorrow night! Now, we’ll just continue waiting for the Pac-12 and MAC to return to action. Mid-week MACtion will be here before we know it!

In today’s newsletter, we’ll discuss Alabama’s outlook in the wake of Jaylen Waddle’s season-ending ankle injury. Then, we’ll take a look at Michigan. The Wolverines are coming off a big Week 1 win and now face rival Michigan State. Can the Wolverines avoid a letdown and show they can contend with Ohio State in the Big Ten? Finally, we’ll dive into the madness and hilarity Ole Miss coach Lane Kiffin has provided via Twitter this week. Without further ado, let’s get started!

Alabama lost star WR Jaylen Waddle to a season-ending injury. How does that affect the Tide’s CFP chances? 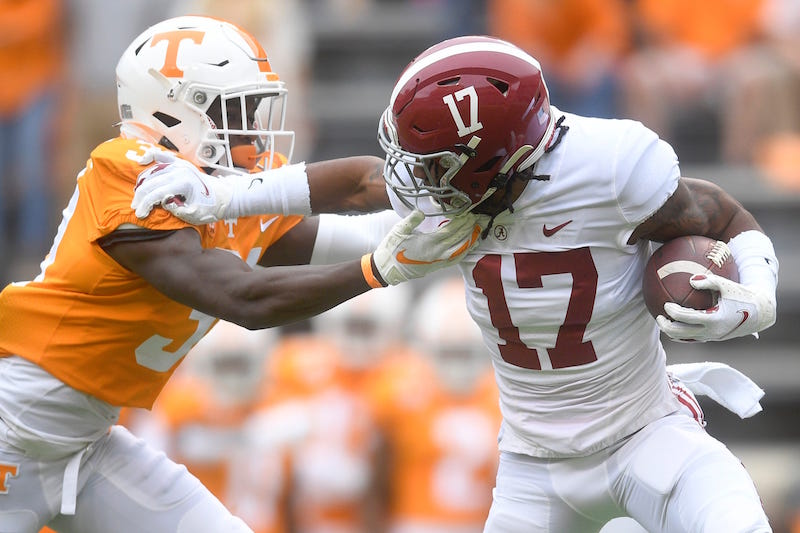 The Alabama Crimson Tide lost star WR Jaylen Waddle on the opening kickoff of Saturday’s game against Tennessee. The speedy receiver broke his ankle and had to leave Neyland Stadium in an ambulance. We’ve already seen the heart-warming images of the fellow Alabama receivers posing for a picture with Waddle in the ambulance with his ankle in a cast, celebrating the Tide victory with a cigar.

Now, the question becomes about Alabama’s offense moving forward. Losing a dynamic player like Waddle is never easy, even for a team as deep as the Crimson Tide. So, what does this loss mean for Alabama? Let’s take a look at some of the stories about the Tide this week:

It’s always unfortunate to see a player like Waddle injured. Yes, Alabama is deep, but the Tide will certainly miss his contributions moving forward. Will Bolden thrive in his new role? We’ll find out starting this weekend, as the Tide take on Mississippi State’s strong defense.

Michigan impressed in a blowout win over Minnesota. Is it time to buy the hype on Jim Harbaugh and the Wolverines? 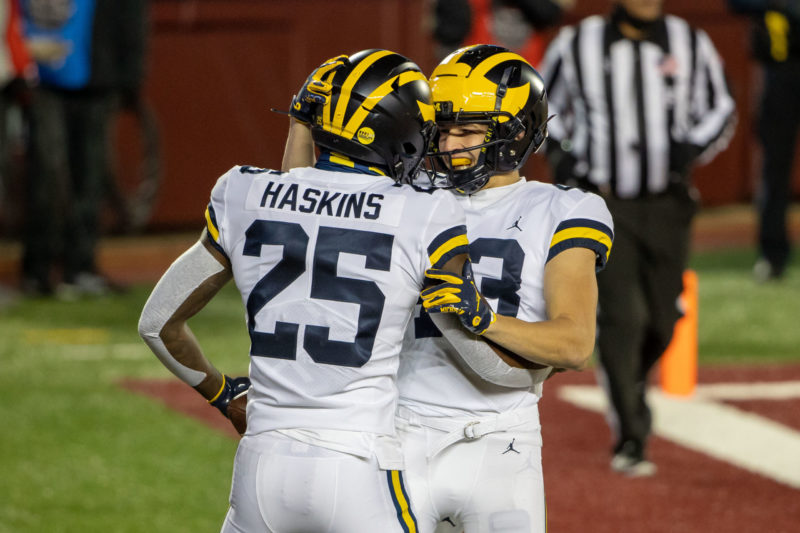 If you hear the loud whistle of a barreling locomotive racing down the tracks, it’s just the sound of the Michigan hype train. It’s up and running at full steam again, needing just the coal from a 49-24 win over Minnesota to fuel the engine.

Michigan did deserve every bit of credit it received for the 25-point thumping it laid on Minnesota, though. And no, it wasn’t just because Jim Harbaugh wore something other than his trademark khakis. The Wolverines had a balanced offensive attack, rushing for 256 yards and throwing for 225 more. Joe Milton was stellar in his debut as a starter for U-M, completing 15-of-22 passes for 225 yards and a touchdown with an additional 52 rushing yards and one score on the ground. The offense was so good that even Urban Meyer was impressed, giving Milton and the offensive line some major props on Big Ten Network.

After a dominating performance, it’s easy to see why the Michigan hype train is back up and running. But should we buy it this year?

Getting excited over Michigan’s win on Saturday is certainly understandable. Nobody expected the Wolverines to pound the Golden Gophers into the mud after an 11-2 season. And while it’s fair for everyone else to talk about whether or not this is the year for the Wolverines, everyone inside the U-M locker room is just focused on Saturday’s game against Sparty.

Lane Kiffin is needling the SEC on Twitter. He’s been fined once already. Could more be on the way? 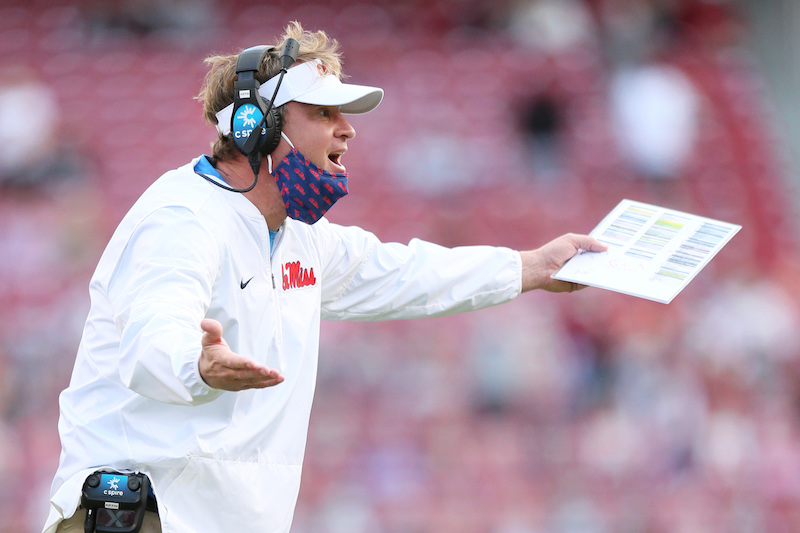 We broke down Auburn’s controversial win over Ole Miss in Monday’s newsletter, but we’re back on the topic today because everything that has happened since Sunday night has been *chef’s kiss* beautiful. At the center of everything (as he often is) is Ole Miss coach Lane Kiffin. He’s one of the best follows on Twitter, but that has gotten him into trouble already this week.

Kiffin is refreshingly averse to coach-speak, providing entertainment nearly every time he gets in front of a microphone or picks up his phone to go on Twitter. So, what got Kiffin in trouble and what is the latest from this entertaining saga? Let’s take a look at the latest headlines out of Oxford:

At its root, this is a very unfortunate situation for Ole Miss, as the Rebels missed out on a big chance to potentially pull out a victory over Auburn. However, it’s nice to see Kiffin going to war for his players, even at the expense of his bank account. His willingness to speak his mind and be entertaining while doing so continues to make him a popular coach. Yes, Ole Miss is only 1-4 right now, but there’s an argument to be made that they should be 2-3. And there are a few winnable games remaining on the Rebels’ schedule, starting this Saturday against Vanderbilt. At the very least, Kiffin will keep us all entertained on Twitter for the rest of the season.

The six ranked teams that lost last weekend were:

There’s only one matchup of ranked teams this week, with No. 3 Ohio State heading to No. 18 Penn State. How many current AP Poll top 25 teams will lose over the course of the weekend?

“Barry’s a special guy and I’ve known that for a long time, 20 years. We’ll do our best. There’s different ways to keep a man. I think he’s happy here, I think his family’s happy here. Obviously if he gets a big-time head coaching job, I’d be ecstatic for him and happy for him but if he doesn’t or doesn’t get the job that he wants, there’s ways to keep a man happy.”

– Arkansas coach Sam Pittman deserves a ton of credit for helping the Razorbacks turn things around so quickly after the disastrous Chad Morris era. But, equally important to the Hogs’ success so far this year is DC Barry Odom. Pittman said he’ll do everything he can to keep Odom in Fayetteville for years to come.

FOX Sports host Colin Cowherd savagely trolled Tennessee fans after the Vols’ 14th-straight loss to Alabama. After a 2-0 start, the Vols now find themselves with a 2-3 record after a blowout defeat at the hands of the Crimson Tide.