Also, we’ll discuss Ohio State getting several key players back and what it means for the Buckeyes’ chances in 2021. Then, we’ll take a look at LSU getting spurned once again by a defensive coordinator. Let’s get started!

(Editor’s note: In the trivia section in Monday’s newsletter, we incorrectly identified Kalen DeBoer as the head coach at San Diego State. He is the coach at Fresno State. Sometimes the trivia even fools us!)

Tennessee is an utter disaster once again after firing Jeremy Pruitt. Where do the Vols go from here? 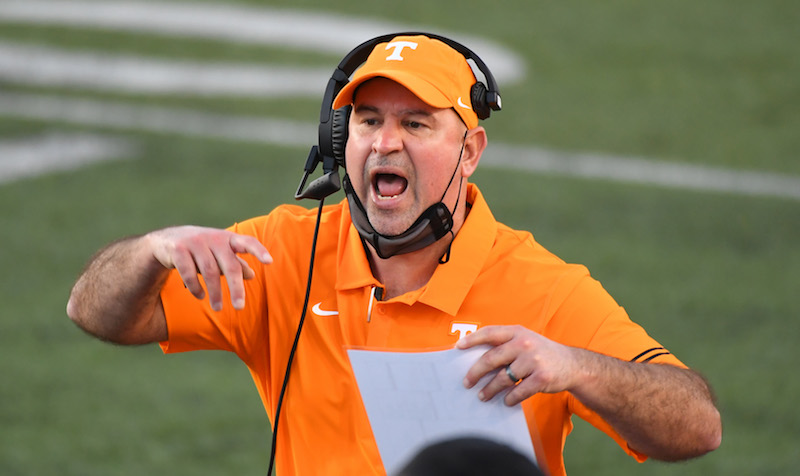 When the Tennessee Volunteers fired coach Butch Jones during the 2017 season and embarked on a disastrous coaching search, it seemed unlikely that there would ever be a messier search. Greg Schiano was seemingly about to get hired until Vol fans revolted. AD John Currie was fired. Then Phillip Fulmer took his job and hired Alabama DC Jeremy Pruitt.

Well, now Pruitt has been fired for cause following an internal investigation that alleges many recruiting violations took place under Pruitt’s watch. Multiple assistants were fired for cause too. And, Fulmer has stepped down, to boot. So, now the Vols find themselves in the same situation they were in a few short years ago. Let’s dive into the latest bizarre situation on Rocky Top:

Whew. That was quite a section. But this is quite the story. And, it might not be going away any time soon. The Vols will likely want to get a new athletic director in place before hiring a new football coach. As O’Gara pointed out in one of the (many) links above, that could lead to the Vols sticking with Steele for 2021 (and possibly beyond). National Signing Day is coming up in early February, too, so the Vols’ tailspin could continue to get worse before it gets any better.

Headlined by WR Chris Olave, Ohio State has some major talent returning in 2021. Are the Buckeyes title contenders? 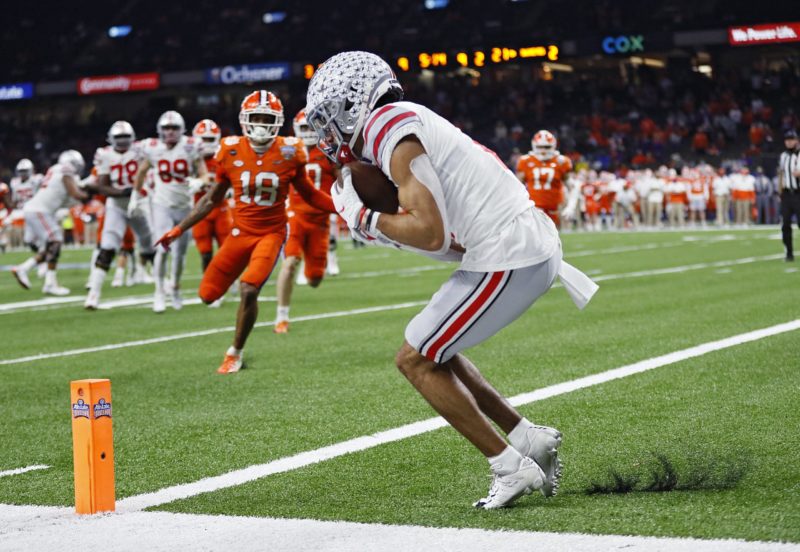 There was an expectation after the 2020 season came to an end that Ohio State would see a plethora of players declare for the 2021 NFL Draft. High profile prospects like QB Justin Fields, RB Trey Sermon and CB Shaun Wade are taking that path, all announcing that they’d forgo a return to Columbus.

The bigger story, though, is who has decided to return to play for the Buckeyes next season. The headliner is star receiver Chris Olave, who hauled in 50 receptions for 729 yards and 7 touchdowns last year. His return will guarantee that Ohio State has one of the best receiver units in college football next season, and will make life for new starting quarterback C.J. Stroud much easier. As Saturday Tradition’s Ryan O’Gara writes, Olave’s return creates a great problem for Ryan Day and the offense in 2021. But the wide receiver isn’t the only one to make the big decision to come back:

In an era in which we typically see anyone with any draft stock whatsoever leave college, some of Ohio State’s biggest stars are returning to play an additional year at the college level. It should be really fun to see all these guys back in action next fall, even if their B1G opponents don’t think so.

For today’s quiz, let’s test your knowledge of FBS geography. There are 11 states that are home to exactly two FBS programs. Can you name them?

LSU once again got spurned by a potential coordinator. How long until the Tigers make a hire? 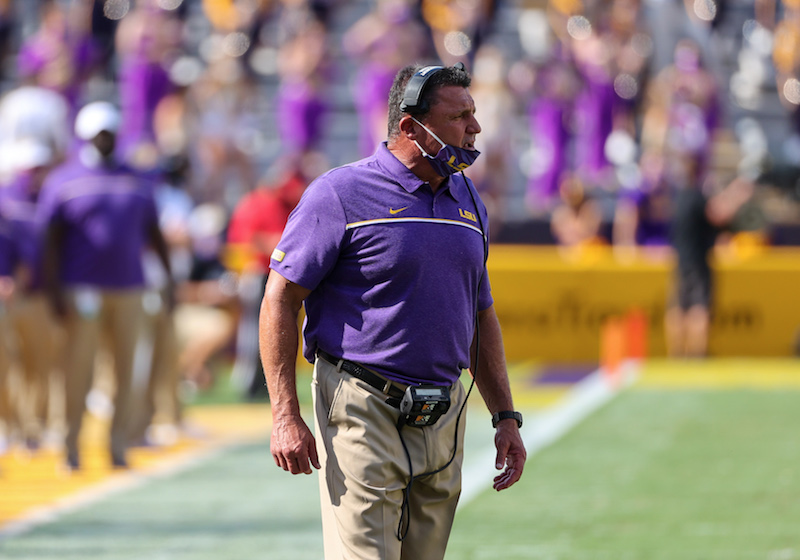 After parting ways with DC Bo Pelini following the 2020 season, the LSU Tigers embarked on a search to find their next defensive coordinator. They thought they were getting Cincinnati’s Marcus Freeman, but he called an audible and ended up at Notre Dame instead.

So, the Tigers’ search continued. Then, this week, they were spurned by another candidate they thought they were close to hiring. Let’s get you up to date on the latest news out of Baton Rouge:

After the Tigers struggled in Pelini’s one year at the helm of the defense, this is a hire Coach O needs to get right. LSU has plenty of potential entering 2021, but it can’t afford another lackluster defensive performance. We’ll see where the Tigers turn moving forward.

Here are the answers to today’s quiz. The 11 states with exactly two FBS programs are:

“I think he has to have thought about (retiring), and he could have walked away three years ago. It looked like the greatest moment ever after the biggest play maybe in Alabama history (Tua Tagovailoa’s 2nd & 26 completion to DeVonta Smith to beat Georgia in the CFP title game in overtime). But he hung on and it looked like a questionable call until this year.

“This is another one of those moments where I’m sure he has thought about it, but I think he’s thinking about it less now than he’s ever thought before. Yes, you’re right. History is unkind to coaches in their 70s. But I don’t think Nick Saban is really caught up in that. He is looking down on the rest of college football and if it happens that way, I’m sure he can deal with it. But I think he’s more concerned with leaving a great team on the field than he is walking away to try to time it correctly.”

– SEC Network’s Paul Finebaum thinks Alabama coach Nick Saban still has a few years of coaching left in him. Saban turned 69 this past season, but after winning the 2020 title and going undefeated, it’s clear he still has a lot left in the tank. 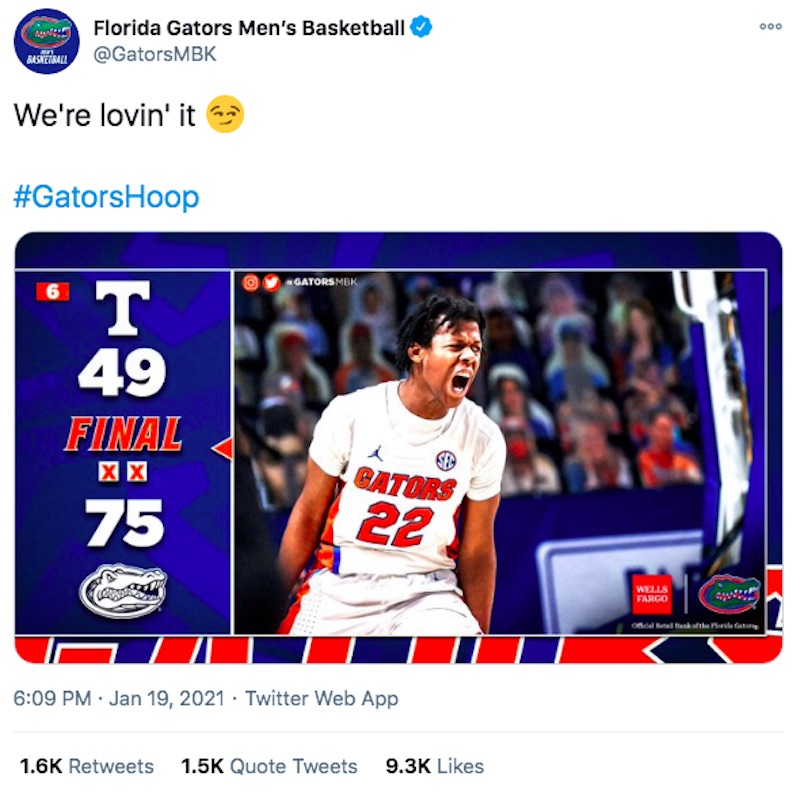