Good morning and happy Monday! The Big Ten is back! The Pac-12 might be coming back. The Mountain West and MAC are also considering return plans. We could end up with a full college football season this fall after all! Who would have thought that would be the case even a week ago?

For today’s newsletter, though, we have some other fish to fry. Today, we’ll discuss some SEC QB battles, Nebraska’s beef with the Big Ten and some of the best uniforms from the weekend. Let’s get started!

A number of SEC teams have yet to name starting QBs. What’s the latest from these preseason battles? 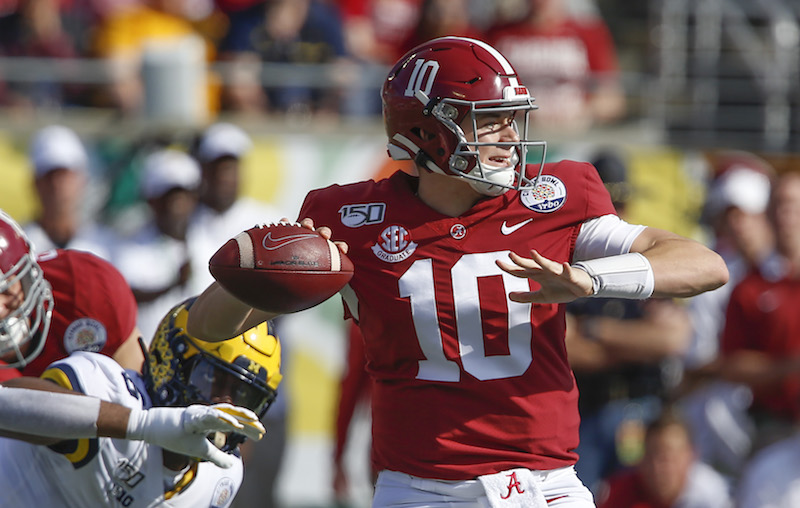 The SEC, which has been slow and steady in its response to the COVID-19 pandemic, is getting ready to start its 2020 season on Saturday. The season will feature a 10-game, SEC-only schedule for each team, which makes for some loaded weekends of SEC action! However, as we prepare for Week 1, a few schools are still unsettled at the quarterback position.

Between some coaching back-and-forths to some legitimately difficult decisions, let’s take a look at some of the open battles as Week 1 rapidly approaches:

In 2020, it’s going to be important to have multiple quarterbacks ready to play. It seems all of these SEC teams we’ve discussed will have that. Still, it’s worth keeping an eye on how these battles progress. Expect there to be some gamesmanship from all parties moving toward kickoff on Saturday afternoon.

This is going to be a weird season when it comes to stats. Right now, some teams have played 2 or 3 games while entire conferences have yet to play a single game. That will lead to some disparity with players who have actually played this season putting up big numbers, while guys from the SEC (and eventually, the Big Ten) will have some catching up to do.

However, we’ve made it through three weeks of FBS action. So, let’s take a look at the players who lead the country in some important statistical categories:

Will we see a big shakeup in these rankings when the SEC returns to the field this weekend? We’ll find out soon enough, but these guys are off to impressive starts nonetheless.

NEBRASKA AGAINST THE BIG TEN

Nebraska’s persistence helped reinstate football this fall. Why is there still beef between the Huskers and the B1G? 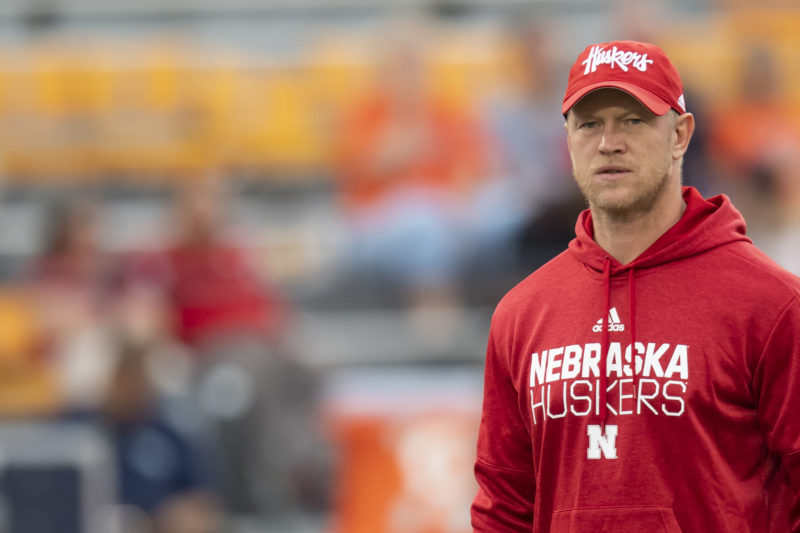 Have you heard of the newest rivalry in the Midwest? The entire state of Nebraska is fighting with everyone in the Big Ten right now — with the exception of newly-discovered ally Ohio State.

It’s a little strange, to be honest. After all, it was Nebraska’s reluctance to accept the Big Ten’s decision that brought the 14 presidents and chancellors back to the (virtual) table to discuss a Return to Competition plan, which eventually led to the Big Ten starting a fall season on Oct. 24. As Saturday Tradition columnist Connor O’Gara writes, it was the Huskers that saved the season against all odds.

Nebraska’s persistence came at a price, though:

It’s been a weird month in the Big Ten, with tensions rising between Nebraska and the rest of the conference. That probably won’t dissipate anytime soon. But neither will the fact that the Huskers were a driving force in reviving the 2020 football season.

With the NFL in full swing (Week 2 wraps up with New Orleans at Las Vegas tonight), let’s focus on that for today’s quiz. Can you name the five FBS programs that had the most active NFL players on Week 1 rosters heading into the 2020 season? Bonus points if you can guess how many players each school has in the pros.

Week 3 brought some more great uniform combinations. Which schools had the most notable looks? 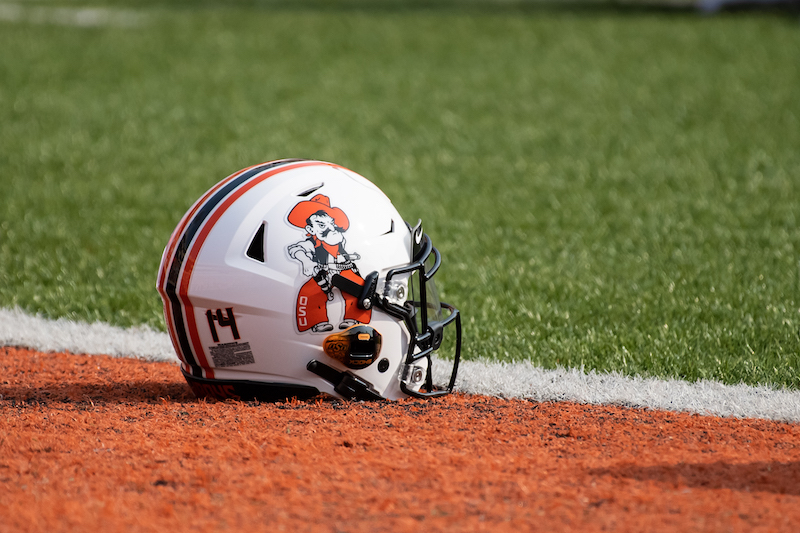 A number of teams brought out their best looks as they got the 2020 season started on Saturday. From classic looks to fresh new combinations, there was plenty to check out all day. And, with more teams getting ready to kick off next weekend, we’re sure the great looks will continue.

But, who had the best and most interesting looks of the weekend? Let’s take a look at some highlights in this section:

Next weekend, the SEC is back in action. We’ll see the Georgia uniforms on the field for the first time, as well as some notable other looks. Will other schools also break out the unique looks? We’ll find out next Saturday! And, of course, check back here next Monday for some more uniform discussion.

Here are the answers to today’s FBS-to-the-NFL roster quiz. The five schools with the most players on NFL Week 1 rosters are:

“You saw what happened last week (with Georgia Tech beating Florida State). You can say we’re the best team in Florida.”

– UCF QB Dillon Gabriel and his teammates are riding high after a 49-21 trouncing of Georgia Tech on Saturday. The Florida Gators may have something to say about Gabriel’s claims, but we shall see starting this weekend. 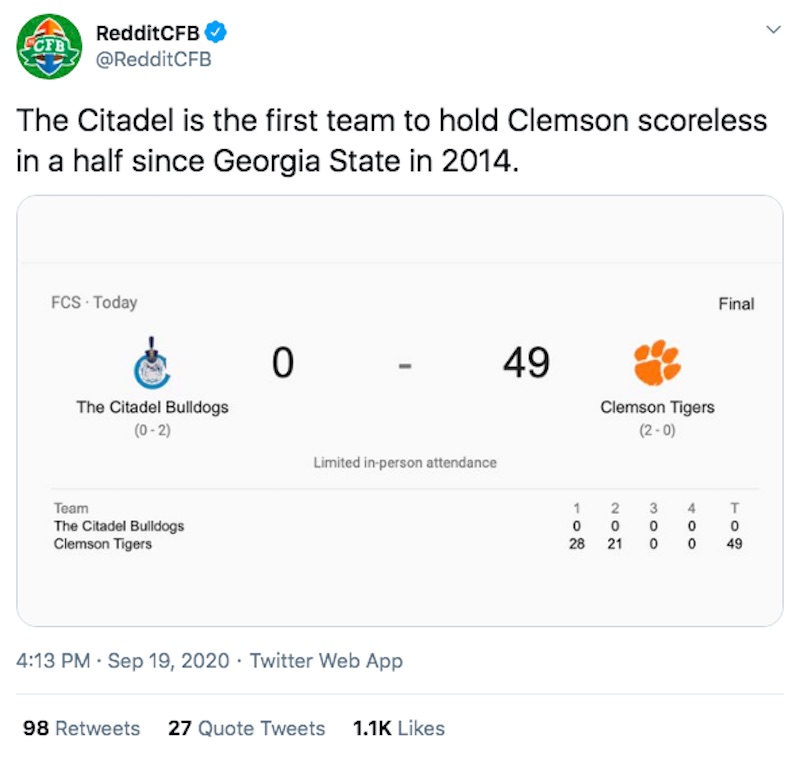 That’s quite an impressive feat for The Citadel! If you simply ignore the fact that the Bulldogs gave up 49 points to the Tigers in the first half and Clemson had its second- and third-stringers in for most of the third and fourth quarters, it was a good game!