Good morning and happy Monday! We hope you had a merry and safe Christmas filled with food, family and college football bowl action. Things are just heating up for bowl season, as many of the top bowl games will be played this week, including both College Football Playoff semifinal matchups on Friday.

But, before we get to that point, we have a few storylines to discuss. First, we start at Tennessee, where Vol fans continue to be unhappy with coach Jeremy Pruitt. Then, we head to New Orleans for a preview of the quarterback battle in the Sugar Bowl, which features Clemson’s Trevor Lawrence against Ohio State’s Justin Fields. Then, we’ll discuss the Heisman Trophy finalists, which feature a pair of Alabama stars. Let’s get started with today’s newsletter, shall we?

Tennessee fans continue to be unhappy with Jeremy Pruitt. What happens if the Vols make a move? 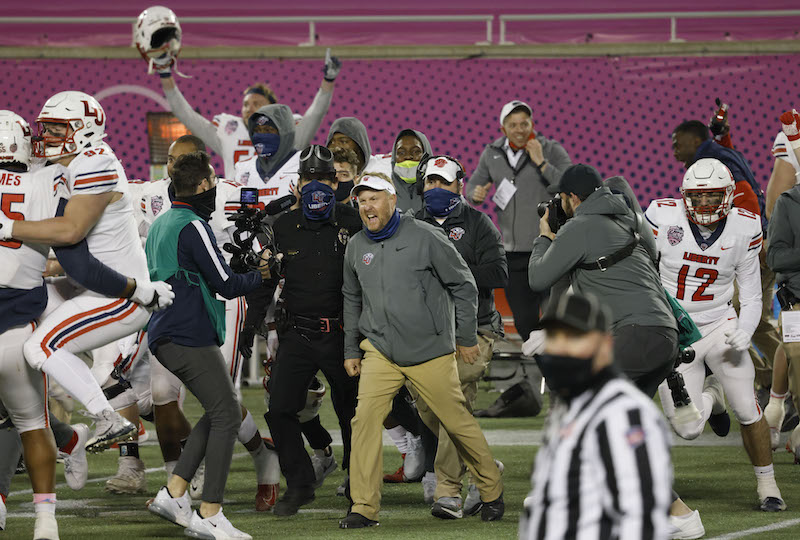 The Tennessee Volunteers started the 2020 season with a 2-0 record, but then the wheels fell off. The Vols lost seven of their final eight games, with all of those losses by more than 10 points. Their only win was against a hapless Vanderbilt squad.

Naturally, that collapse has coach Jeremy Pruitt’s job in jeopardy. There are plenty of rumblings about his future in Knoxville, and fans know who they want to replace him should he be fired. Let’s take a look at what’s going on at Tennessee:

Things are a bit unsettled on Rocky Top heading into the offseason, but it’s not a position the Vols are unfamiliar with. Important decisions will need to be made over the next couple of weeks, so stay tuned. This situation will be an interesting one, especially since Pruitt will enter 2021 on the hottest seat in the SEC if he keeps his job through this offseason!

Justin Fields has struggled at times this season. Can he regroup and out-duel Heisman finalist Trevor Lawrence? 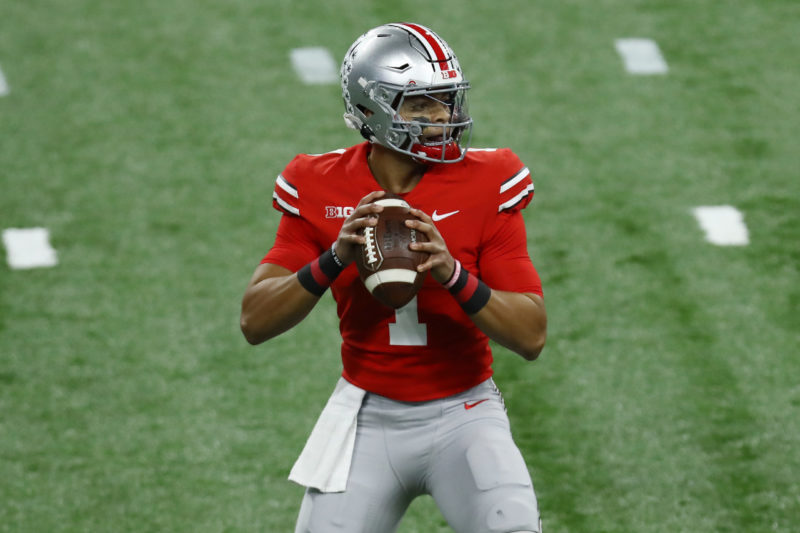 Justin Fields and Trevor Lawrence came into the 2020 season with all the preseason hype. The two elite quarterbacks were considered the favorites to claim this year’s Heisman Trophy and they were expected to compete with each other to become the No. 1 overall selection in the 2021 NFL Draft.

Lawrence has lived up to his end of the bargain, leading Clemson to a No. 2 ranking, a spot in the College Football Playoff and earning a spot as one of the four Heisman Trophy finalists this year. Fields was able to get Ohio State to No. 3 nationally and also clinched a spot in the Playoff, but playing only six games and struggling against some of the better defenses on the schedule has hurt the Buckeye QB in 2020.

Now, Fields faces criticism for his performance throughout the season as Ohio State prepares to play Clemson in the Sugar Bowl. Can Fields regroup in time to lead the Buckeyes to a win over the Tigers, and avenge last year’s loss in the Fiesta Bowl?

Despite the perceived struggles of Fields, ESPN’s Football Power Index (FPI) still breaks down the Sugar Bowl matchup between Ohio State and Clemson as a coin flip. The chance of victory percentage for both teams is listed at 50%. On the dot. So Fields must not be playing that poorly, after all.

Alabama WR DeVonta Smith is one of the four 2020 Heisman Trophy finalists. He is joined by three quarterbacks. Since 1990, only nine non-quarterbacks have managed to win the Heisman Trophy. For today’s quiz, can you name those nine standouts? Bonus points if you can name what years they won, too.

The four Heisman Trophy finalists are set. Who will take home the prestigious award?

The 2020 Heisman Trophy will be presented on Jan. 5, and the four finalists have been named. They are Alabama QB Mac Jones, Alabama WR DeVonta Smith, Clemson QB Trevor Lawrence and Florida QB Kyle Trask. All four of those guys had incredible seasons, but only one will hoist the trophy in a couple of weeks.

So, who will it be? Let’s take a look at what’s being said about the Heisman competition as the virtual presentation ceremony quickly approaches:

It should be noted that Trask had 43 touchdown passes this year, which led second-place finisher Wilson (33) by 10 whole touchdown passes. That’s an incredible amount of production in an 11-game season, and he’s not done yet. His Gators will face the Oklahoma Sooners in the Cotton Bowl on Wednesday night. It’ll be interesting to see how the four finalists stacked up when the votes are all released!

The nine non-quarterbacks to hoist the Heisman Trophy since 1990 were:

“It means something to me. It’s my poll. I do it. … It has nothing to do with Ohio State — absolutely zero. You can change the name to Michigan or Georgia or Florida or Tennessee or Nebraska. Anytime you have a top-10 (ranking), it should be that special. This year it’s like really, really, really special and I wanted it to be that way.

“Obviously, they’re a great team. They’re plenty good enough and talented enough to beat us and good enough to win the national championship. But, in my opinion, I don’t think that it’s right that 3 teams have to play 13 games to win it all and 1 team has to play 8. What universe am I living in? And it has nothing to do with them. It was about qualifying. And I didn’t think they were qualified based on the number of games.”

– Clemson coach Dabo Swinney explained why he had Ohio State at No. 11 in his final Coaches Poll. It’s safe to say the Buckeyes will use that for motivation in the Sugar Bowl.

Texas A&M’s Leon O’Neal Jr. has never been one to shy away from sharing his thoughts. After Alabama landed a commitment from 4-star OL Jaeden Roberts on Christmas Day, O’Neal took to Twitter to call out top Texas prospects for leaving the Lone Star State.