Two veteran journalists, Brett McMurphy and Jeff Snook, have been using Facebook to share reports, often conflicting, about what happened behind the scenes and off the field in Zach Smith’s six-plus seasons as Ohio State’s wide receivers coach. In the reporting on alleged domestic abuse of Zach Smith’s ex-wife Courtney Smith, her estranged mother Tina Carano has suddenly become a central figure.

In a report by Jeff Snook, Carano was quoted as saying she did not believe Zach Smith had abused Courtney and backed up further claims made by Zach’s mother, Lynn Bruce, that Courtney Smith had vowed to take down Urban Meyer as part of revenge for Zach Smith’s infidelity.

Brett McMurphy, the former ESPN reporter who broke the original bombshell report on alleged abuse, citing text messages and photos from Courtney Smith, published another report to Facebook Saturday contradicting Snook’s report, showing what were reportedly conversations between Carano and Zach Smith about his abuse of Courtney Smith.

Except it appears Carano herself is questioning McMurphy’s report on Facebook. 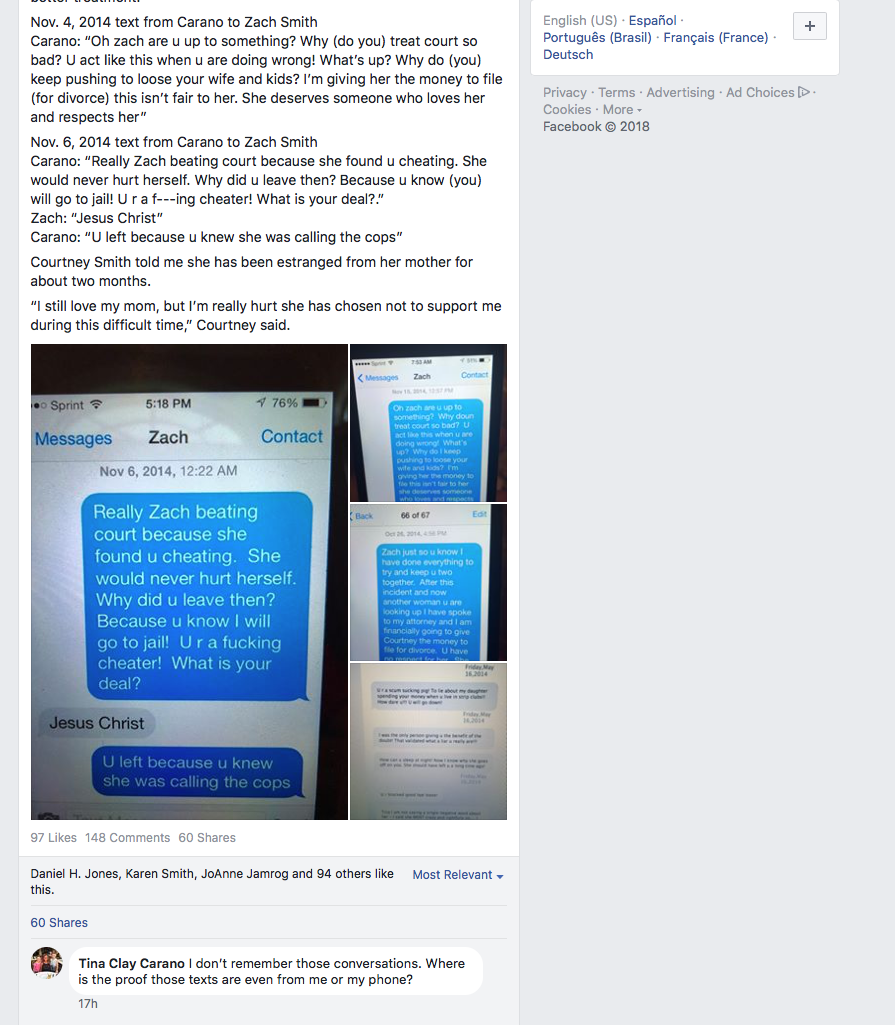 Personal Facebook accounts for non-celebrities/public figures – such as the Tina Clay Carano account in the photo above – are not verified by Facebook. The Carano account does not appear to be newly created, as publicly viewable photos go back well before the names were in the news.