Parents of Penn State’s football student-athletes are now voicing their support to have a college football season in 2020. It’s the third B1G group of parents to speak up on the matter.

On Monday, Richard Scarcella of Reading Eagle shared a message that was sent to him from Dianne Freiermuth, the mother of Penn State star tight end Pat Freiermuth. 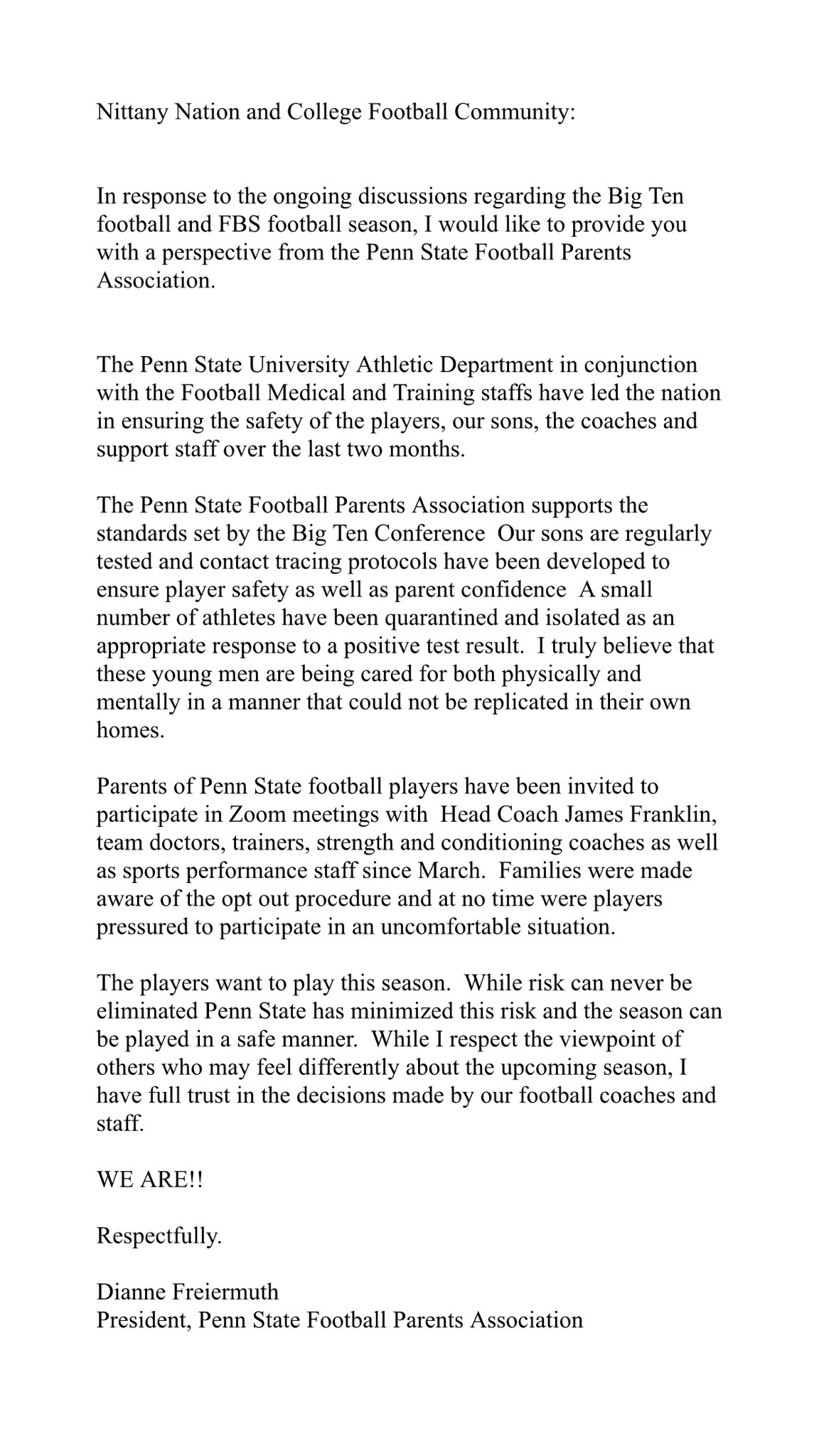 Parents at Ohio State and Iowa have issued similar statements over the last 24 hours. All three groups of parents have expressed a desire to see the season played this year.