Good morning and happy Wednesday! We’re approaching another action-packed week of college football. Even though the COVID-19 pandemic has already forced a number of games to be postponed or canceled, it’s looking like we’ll still have dozens of games to sort through. It started last night with three MACtion games and will continue tonight with three more. Then, the Power 5 teams get going this weekend.

In today’s newsletter, we’ll talk about Tennessee fans’ growing frustration with coach Jeremy Pruitt. Then, we’ll look into similar issues at Nebraska involving Scott Frost. Finally, we’ll ask the question that has been on all Georgia fans’ minds — are we ever going to see JT Daniels on the field? Let’s get started!

After a hot start, Tennessee has fallen on hard times. Is Jeremy Pruitt on the hot seat now? 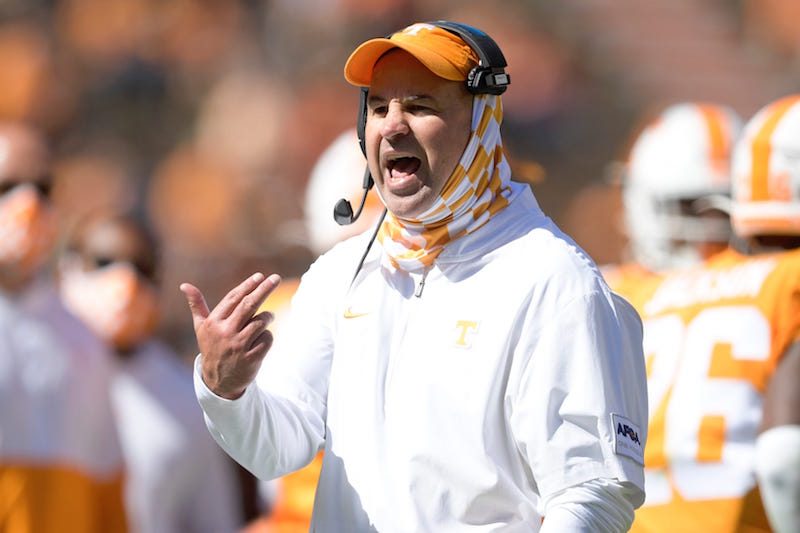 On Tuesday after, COVID-19 issues at Texas A&M were causing concerns that this weekend’s A&M-Tennessee game might not be able to be played. Shortly thereafter, the game was postponed. However, that postponement doesn’t affect this section at all, as we’re going to discuss some growing frustrations with coach Jeremy Pruitt.

After starting the year 2-0 with wins over South Carolina and Mizzou, the Vols now find themselves at 2-4 after losses to Kentucky, Georgia, Alabama and Arkansas. Based on the remaining schedule, which we’ll discuss in a bit, there’s a real chance the Vols could finish 3-7. Does that mean Pruitt is on the hot seat now? Let’s dive into what’s being said on Rocky Top:

One thing we know about Tennessee fans is that they don’t have much patience. This is a fan base that expects to win now. Pruitt has done some good things, but by Year 3, fans expect that to translate into the win column. Instead, this team seems to have taken a step back from last year. Will Pruitt face some tough questions this offseason? We’ll find out what happens as the strange 2020 season continues.

This past month saw a run on 5-star prospects committing to their schools of choice ahead of the Early Signing Period in December. Now, there are no longer 10 or more 5-star 2021 prospects on the board. There are still plenty of elite athletes left in the ranks of the uncommitted, but the nation’s top high school athletes are making their final choices and narrowing their lists.

So, who are the best players who have yet to announce their commitments for 2021 and beyond? Here’s a look at the 10 best uncommitted recruits in the 2021 class (via the 247Sports composite rankings):

As mentioned above, the Early Signing Period is quickly approaching. This year has been one of the weirdest ever for recruits, but the players have adapted and are making the most of it. Now, we’ll see how many of the players listed above make their commitments before this time in December!

Nebraska is off to an 0-2 start, but Scott Frost is hinting at some changes. Will it help the Huskers turn the corner? 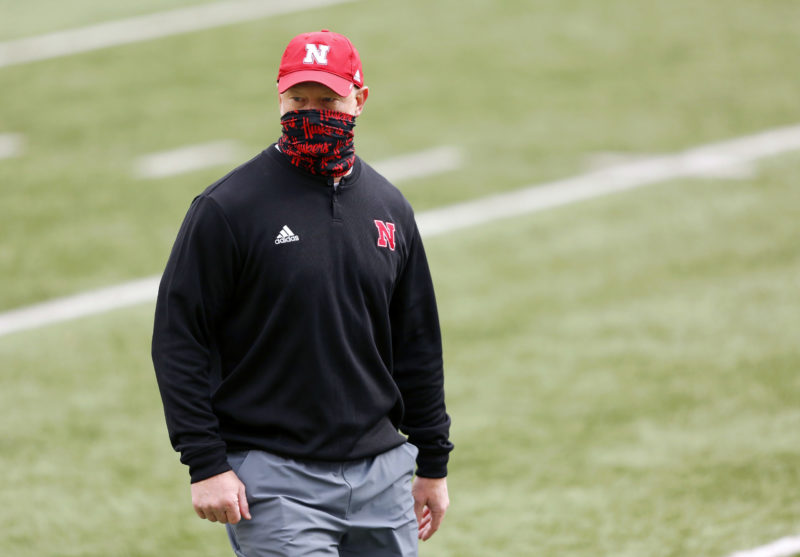 So close, yet so far away. That’s been the theme of Scott Frost’s tenure thus far as the head coach at Nebraska. Over the course of 26 games, the Huskers have managed to win just 9 and have found a way to come up on the wrong side of one-possession games 10 times since the 2018 season. Saturday’s 21-13 loss to Northwestern saw more of the same from Nebraska. According to Saturday Tradition’s Connor O’Gara, the 0-2 start has already cost the Huskers a chance at a B1G West title.

Frost was frustrated after the game, as he’s been so many times while sporting a red Nebraska baseball cap at the podium. This time, the head coach was pointing the finger at himself, saying it was “inexcusable to only score 13 points” in Saturday’s loss to Northwestern. And in Year 3 with a program that’s supposed to be producing a lightning-fast and highly-efficient offense, he’s absolutely right.

In the days after the game, Frost has talked about changes that could be coming. Players are taking more accountability, too. That’s all well and good, but it still leaves one question unanswered: Will it actually matter?

During his weekly press conference on Monday, Frost talked about his desire to get the football program turned around. He said nobody is “more impatient than me,” and he’s the one who puts the most pressure on himself to be successful. If Nebraska doesn’t beat Penn State on Saturday, there will be plenty of others out there willing to turn up the heat on the third-year Huskers head coach.

The first AP Poll for the upcoming men’s college basketball season came out on Monday. There are four schools that have both their men’s basketball and football teams ranked in the top 25. For today’s quiz, can you name those four schools?

The Georgia Bulldogs have some major concerns at QB. Why hasn’t JT Daniels gotten any playing time yet? 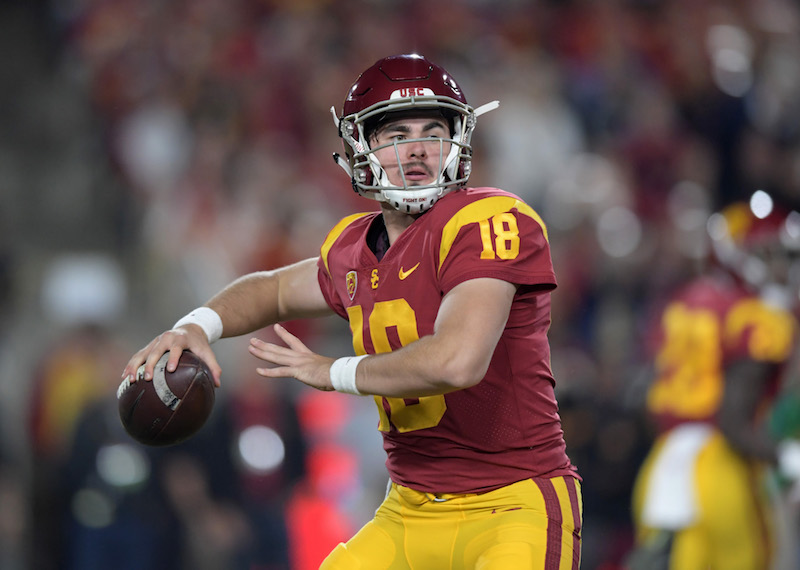 Stetson Bennett IV — former walk-on turned star QB for the Georgia Bulldogs — was one of the best stories of the early part of the 2020 SEC season. Now, though, he is struggling (and injured his right shoulder against Florida). D’Wan Mathis has looked lost during his time leading the Bulldogs’ offense, so he doesn’t appear to be the answer, either.

That all leads to one big question — where is JT Daniels? The USC transfer has been cleared to play by doctors, but we haven’t seen him on the field yet. Will this weekend’s game at Mizzou (assuming it isn’t postponed due to COVID-19) see him get some action? Here’s the latest from Athens:

Obviously, Justin Fields isn’t walking through that door any time soon in Athens, but that doesn’t make it any less strange that we haven’t seen Daniels. Based on the play Georgia has had at quarterback the past few weeks, it’s hard not to wonder why Smart hasn’t made a change and at least seen what the USC transfer brings to the table. We’ll see if he gets on the field at all this weekend.

The four schools with ranked football and men’s basketball teams are:

– Alabama coach Nick Saban has never been one to put much stock in the rankings, but in this crazy year amid a pandemic, he explains why the Crimson Tide’s No. 1 ranking is more pointless than ever.

As of Tuesday evening when this newsletter was finalized, three SEC games (Alabama-LSU, Auburn-Mississippi State and Texas A&M-Tennessee) have already been postponed for the weekend. Meanwhile the Georgia-Mizzou and Kentucky-Vanderbilt games are also in jeopardy due to COVID-19 concerns. Oh, and Arkansas coach Sam Pittman tested positive earlier this week. Could be a meager slate of games down south on Saturday.