Good morning and happy Monday! Or, if you’re a Texas A&M fan, happy Mond-day! It was a good weekend for a number of top teams, not just the Aggies. No. 1 Clemson went down in double overtime to Notre Dame, Florida snapped a three-year losing streak to Georgia and Liberty pulled out a thriller at Virginia Tech.

In today’s newsletter, we’ll discuss how Liberty coach Hugh Freeze has once again become a hot name on the coaching carousel. Then, we’ll head to Penn State, where the Nittany Lions are a disappointing 0-3 and coach James Franklin’s seat is getting hotter. Finally, we’ll get into some of the top uniform combinations from the busy week of football. Let’s dive into today’s newsletter!

Hugh Freeze has Liberty at an impressive 7-0. Will he land a Power 5 job before the 2021 season? 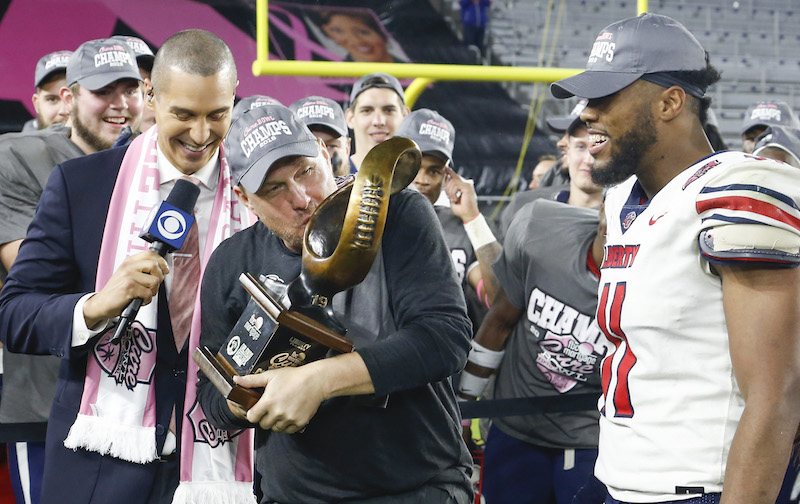 When Hugh Freeze resigned from Ole Miss in 2016 after it was revealed that he had called escort services from his university-issued cell phone, he left behind a wreck of a program. Ole Miss was subsequently hammered by NCAA penalties, and most of Freeze’s big wins were vacated.

Now, though, he’s in his second year at Liberty, and the Flames are not just a good non-Power 5 team — they’re a good team, period. At 7-0, the Flames are fresh off a wild win over Virginia Tech, in which the Hokies made several baffling mistakes. Either way, the Flames are unbeaten and Freeze is being brought up as a head coaching candidate again. Can he land another Power 5 job? Here’s what is being said about the Liberty coach:

As long as Liberty continues to win, Freeze will continue to be a hot name on the coaching market. Will he get a bigger job this offseason? Or, will he reward Liberty for giving him a second chance? Whatever happens, his journey as 2020 draws to a close will be something to watch.

The 2020 season continues to chug right along, and so do the offensive outbursts from top players. We’re seeing great numbers put up across the board, even as most teams aren’t playing a full 12-game regular-season schedule due to the pandemic.

So, who has stood out above the rest of the field? Here are the current leaders in nine important statistical categories (via CFBStats.com):

Offenses continue to dominate the FBS ranks this year. Just this week, Florida put up 44 points on an elite Georgia defense. How many more offensive explosions will we see next weekend? It’ll be fun to watch!

We Are! 0-3? What on earth is going on with Penn State and suddenly embattled coach James Franklin? 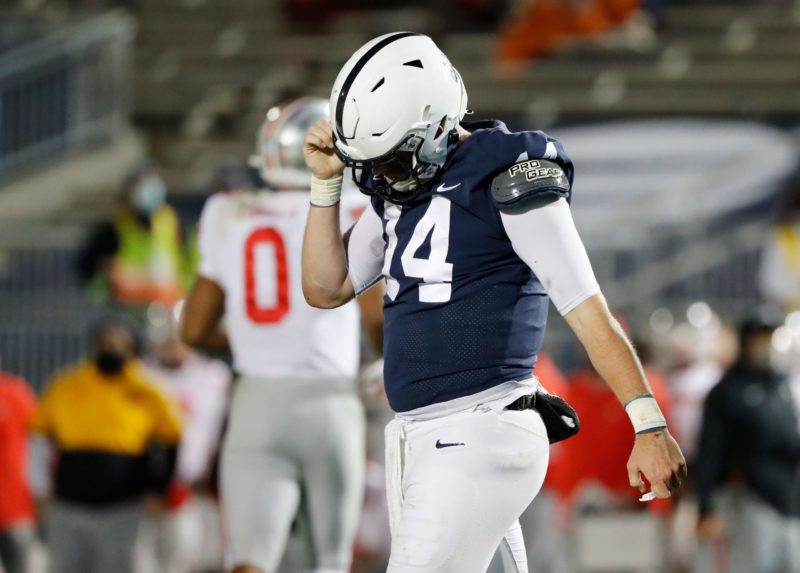 In a matter of just three weeks, Penn State has gone from a College Football Playoff contender to the laughingstock of the B1G. The severity of the situation in Happy Valley was magnified exponentially this weekend, when the Nittany Lions dropped a 35-19 contest to Maryland at Beaver Stadium. Matters were only worsened by the fact that the Terrapins epically trolled Penn State on Twitter after the game.

As unfortunate as the 0-2 start was, it was explainable. Penn State was on the wrong side of a coin-flip call on the road against Indiana to start the year with a loss in a 36-35 overtime game. The following week, the Nittany Lions put up a fight, but fell 38-25 to No. 3 Ohio State, the team everyone expects to compete for a national championship.

Saturday, though? That loss is a tough one to explain away. In fact, you can’t. So now we have one question to answer: What’s going on with Penn State?

Penn State is currently the only team in the B1G East that does not have a tally in the win column, and this is a division that houses Rutgers and Maryland. And while the Nittany Lions are perfectly capable of beating every other opponent on the schedule the rest of the way — as Kirk Herbstreit said during College GameDay — they’re going to have to play better, and in a hurry. Otherwise, the wins will come few and far between this season.

This week saw some great helmets and some throwback uniforms. Who wore it best? 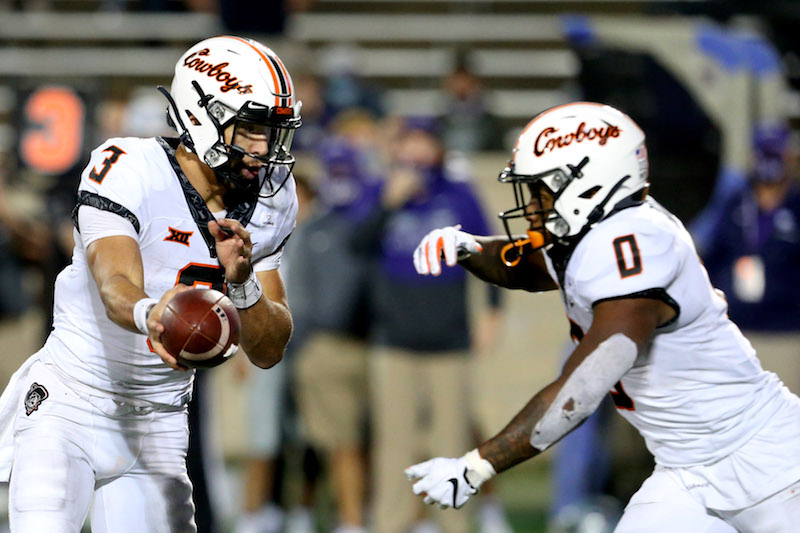 We know we’ve said it before, but this is one of the best years for great uniform combinations we can remember. From throwback looks to unique helmets and more, there are more FBS teams having some fun with their uniform combos.

There were plenty of great looks around the country this week, too. So, who wore it best? Let’s break down some of the best combos of the week:

With the Pac-12 back in the mix, there should be plenty of smooth looks out West in the coming weeks. Meanwhile, certain schools are starting to celebrate (virtual) homecoming weeks with great uniform combos. Check back next week to see some of the best looks from around the country!

Here are the answers to today’s FBS passing touchdown leaders quiz. The four quarterbacks who have thrown for 22 touchdowns are:

“Well, I mean every job that I’ve ever had, all I promised was to give my very best and they’ve certainly gotten that. But I get a kick out of fans feel like they’re upset about something. They ought to try it from the players’ and coaches’ standpoint. … It’s like breakfast: the chicken is involved but the pig is committed. Coaches and players, we’re like the pigs.

“But I certainly appreciate our fan support. There were cowbells. I thought we had a great crowd. I thought they did a great job as far as lifting our team at key times, inspiring us on all sides of the ball, because there were key contributions on all three sides of the ball and that was key.

“But you know those that aren’t onboard are impatient. Maybe they can select another team or maybe they can go coach their own team and I think that you can evaluate how their team does and see how it all shakes out.”

– Mississippi State coach Mike Leach had a strong message for fans who are frustrated with the Bulldogs’ offensive progress. After a 24-17 win over Vanderbilt on Saturday, many fans still don’t feel like the Bulldogs are where they should be under Leach’s famous Air Raid system.

Freshman QB D.J. Uiagalelei had a huge game against Notre Dame, but No. 1 Clemson still lost in double-overtime to the Fighting Irish. Not having Trevor Lawrence clearly isn’t the problem with the Tigers. Defensively, this isn’t the same Clemson we’re used to seeing.